Thierry Neuville grabbed the lead of Rally Sweden in Friday night’s closing kilometres after an extraordinary opening leg in which five drivers topped the leaderboard.

The Belgian demoted Elfyn Evans in the concluding snow and ice-coated speed test on the edge of host city Umeå to overnight with a 4.3sec advantage in his Hyundai i20 N.

Neuville was fifth with two of the seven special stages remaining, but as darkness fell he delivered his best pace of the day to climb the order.

“It’s been a very strong afternoon,” Neuville explained. “We knew conditions wouldn’t be very good being second on the road, but our tyre management worked quite well and we were able to catch back time in the last two stages. We did some small set-up changes in midday and I felt very comfortable.”

Rovanperä’s equally skilled tyre management paid off. Having led after the morning loop, the Finn lost time opening the roads this afternoon in the worst of the conditions, but careful tyre usage allowed him to climb from sixth to second in his Toyota GR Yaris.

Evans struggled with the handling of his GR Yaris initially. The Welshman snatched the lead by winning the afternoon’s opening stage, but tired tyres cost him in the closing test and he fell to third, 7.4sec off the lead.

On his first start with Toyota Gazoo Racing since 2018, Lappi made a stunning return. He led after two stages but a stall at the start of the next dropped him down the order. He found grip hard to come by in the closing kilometres, but ended just 1.4sec behind Evans. 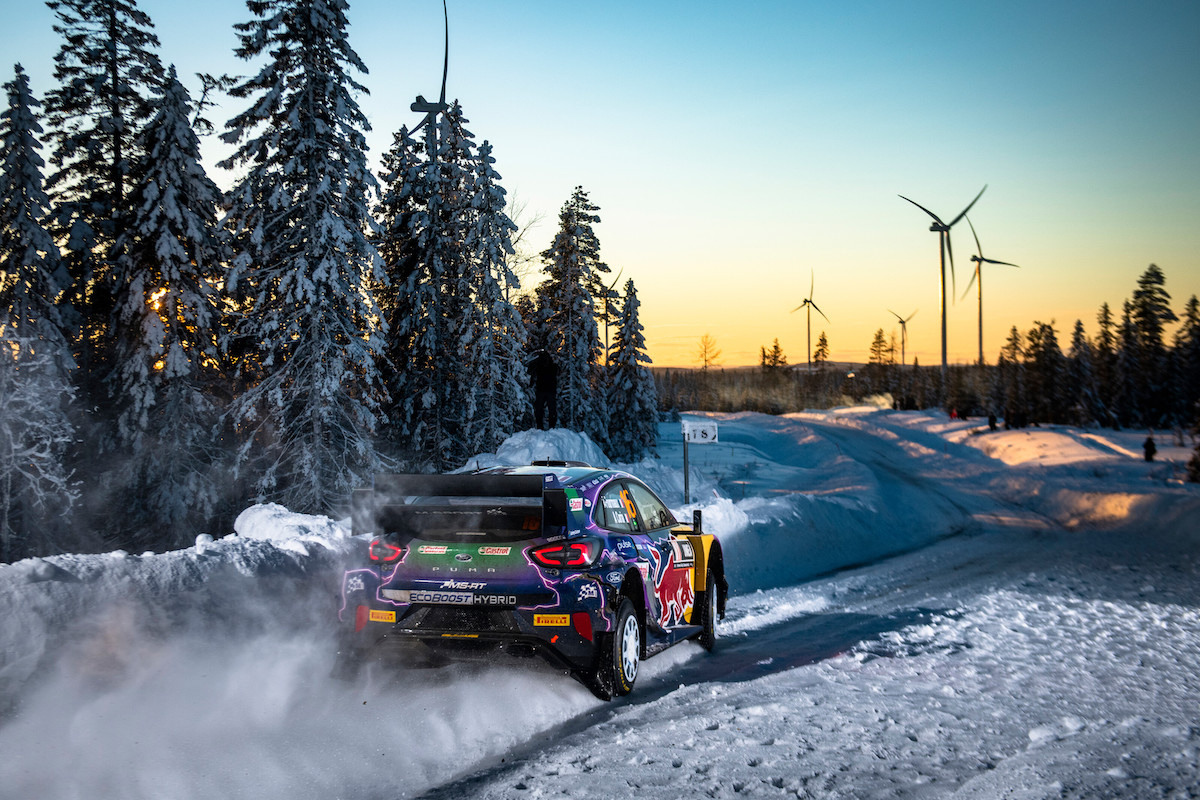 Oliver Solberg ran as high as second and remained in the fight for the lead until the closing test when he overshot a junction in his Hyundai i20 N and ended almost half-a-minute off the lead in fifth.

Takamoto Katsuta was sixth in another GR Yaris after losing time in a snowbank.

Ott Tänak led after the opening stage, but luck was against the Estonian and he retired this afternoon after an impact triggered the warning system on his car’s hybrid unit.

Craig Breen was the other major retirement. The Irishman dived into a snowbank early in the second stage. He regained the road, but a second visit into the snow proved terminal as his car came to rest on top of a bank.

Saturday features two identical loops of three stages, which are split by service, covering 82.30km. The Brattby and Långed tests west of the rally base in Umeå are followed by a final test on the edge of the city.