The 2017 Leadfoot Festival will host the cream of New Zealand’s impressive crop of drivers, with household names from a range of motorsport disciplines entered in the February 4 and 5 Coromandel Peninsula event.

They are among the record number of 136 competitors, from around the world, who were personally selected by Leadfoot Ranch owner and festival founder Rod Millen to tackle his 1.6km ultimate driveway, in the hope of becoming the 2017 King of the Hill.

Greg Murphy will appear at NZ's Leadfoot Festival.Kiwi racing legend Murphy, or ‘Murph’ as he is commonly known, has a professional career that has spanned 20 years.  He has amassed over 400 V8 Supercar starts that included 28 race wins, 13 pole positions, 83 podiums, two Sandown 500 victories, one Bathurst 24 Hour victory and four Bathurst 1000 victories.

However, none of that impressive race pedigree helped him at his Leadfoot Festival debut last year, where he finished outside the top ten. He is out for redemption this year in a pair of very different cars. The one with the most need for speed is his 2012 Holden VE Commodore V8 SuperTourer, and the one most likely to get sideways, is his 2016 AP4 Holden Barina rally car.

“It is now one of my favourite events on the motorsport calendar. You must go there if you want to see some very cool cars, going up a very cool driveway,” he says.

Hunt is one of New Zealand’s fastest men on gravel. He won the 2015 New Zealand Rally Championship (NZRC) before up-grading last year to a Subaru WRX STi. His rally charger will be on display at the 25 years of the Subaru WRX celebration area at the Leadfoot Festival but his more hill climb-suited choice for the weekend, will be a 1999 Subaru STi Coupe, owned and built by his mate Dan Kane.

Free from the restrictions required by cars entered in the NZRC, this Subaru produces a massive 450kW and has a 6-speed Modena dog-box behind it. Hunt drove the coupe at Leadfoot last year and managed sixth overall with a time of 52 seconds. 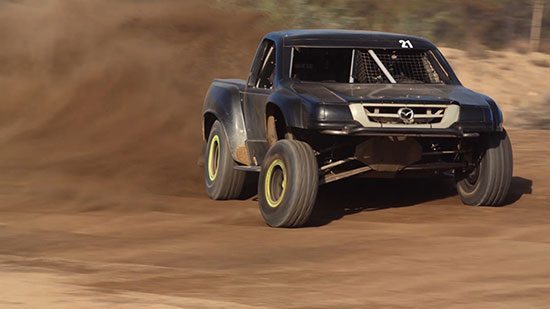 Mike Widdett will be exciting to watch.Whiddett, is well-known not only in his home country but worldwide for his incredible drifting talents. He will (of course) be indulging in some tyre-scorching runs up Millen’s driveway in his state-of-the-art Badbul Mazda SP3 RX8 drift car at the Leadfoot Festival and to mix things up a little, he will also try out the off-road course for the first time.

He will tackle it in a 2013 Mazda RX8 13B Superlite, which is a short course race truck, powered by the Mazda RX8 13B naturally aspirated engine.

Other quick Kiwis who will be gunning for glory over Waitangi Weekend include Auckland’s Clark Proctor. Over the 20-plus-years of his racing career that featured motorcycles, road racing and motocross before he moved on to four wheels, Proctor’s vehicles bore the familiar branding of his recently-sold business Metalman N.Z. Limited.

Like Murphy and Whiddett, he will also drive two vehicles – a 1973 March 73A F5000 wings and slicks speedster - and in a complete contrast, the world's first ever fully electric race car, NISMO's Leaf Hybrid RC. Produced as a prototype in 2011, it employs the same power unit as the Nissan Leaf, however the motor is a mid-ship rear wheel drive layout with the battery box housed in the rear-end of a carbon monocoque. Courtesy of its other lightweight parts, the Nismo RC weighs just 925kg. Maximum outputs for this car are 80kW and its 280Nm gives it a 0-100kph time of just over 6 seconds.

Dalton’s name is most commonly associated with sailing but the Team New Zealand manager has recently begun indulging in another passion – motorbikes. He has sailed racing yachts around the world seven times and come Waitangi weekend, he can add roaring up the Leadfoot Ranch’s driveway on a fast-paced 2016 FS450 Husqvarna to his list of sporting achievements. 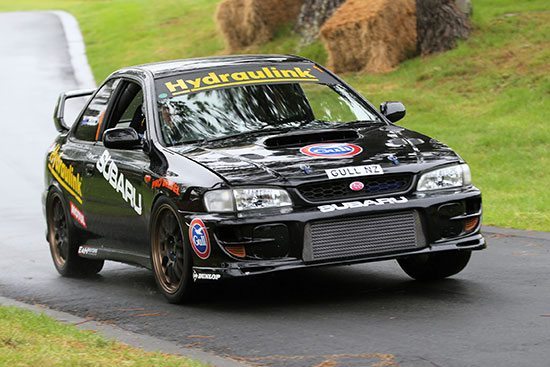 Former NZ Champion Ben Hunt will be a crowd favourite in his Subaru.The variety of vehicles competing is part of what attracts thousands of people to the Leadfoot Festival annually. Allan Woolf is one of several drivers with a long and rich motorsport history, who has entered a historically-significant car.

He has been a motorsport competitor for about 60 years and has tried his hand at hill climbing, saloon car races, rallying and long distance races. Woolf has a special connection to the Leadfoot Festival founder as an incredible, long-time friend, and in 1983, Millen lent him a RX7 Mazda to drive at the Pikes Peak Hill Climb and he won the rally car class’ Rookie of the Year. Woolf did the event again in 1984 and 1986 driving Millen’s 4WD RX7 cars.

At this year’s Leadfoot Festival he will drive the vintage 1958 Volpini Formula Jr, which is one of just fifteen built. Equipped with an engine and drum brakes dating back nearly 60 years, its 88hp does it proud, Woolf reckons.

The tortoises will mingle with the hares at the Leadfoot Festival and the international stars will drive a mixture of the two. In the speed camp are professional super-star United States’ driver Tanner Foust, who has confirmed he will pilot a Porsche Cayman GT4 and Scottish rally legend Alister McRae, who returns with the fire-breathing Vantage Motorsport ex-Possum Bourne Subaru WRX STi.

The battle of the multiple Pikes Peak Hill Climb-winning drivers will see the United States’ David Donner and Paul Dallenbach pit their purpose-built, wickedly-powerful open wheelers against each other, as they go all-out to achieve the top time.

While over in the more leisurely-paced section will be two-time Indianapolis 500 winner Al Unser Jr driving the 1915 Stutz, which is on loan from the Southward Museum Trust. It can lay claim to a third at Indianapolis in 1915 and second at the 1919 Indy 500.

The Leadfoot Festival is a unique weekend bringing together a spectacular array of the world's finest competition cars and motorcycles, from classic formula and road race cars to off-road machines and motorcycles. The 150 acre, ocean-front and farm estate in Hahei, New Zealand, features a purpose-built, mile-long (1.6km) driveway that winds through the property designed to be the perfect hill climb. Multiple spectator areas mean there are plenty of places to spread a picnic blanket, sit down, and enjoy all the racing action.

Tickets are sold to this prestigious event where guests will be given one of a kind experiences, including a free access pit area open to the public. Part of the Leadfoot Festival’s appeal is being able to wander through and chat to the drivers, watch the mechanics work their magic and admire the cars and motorbikes, up close, over the weekend.

VIP Leadfoot Experience weekend packages are available and include all areas access, VIP marquee access in some of the best viewing areas, plus you will be kept fed and watered in authentic Leadfoot style. It is the perfect way to host motorsport mad clients but limited tickets are available, so grab them fast from bit.ly/LeadfootTickets.

Visit the website for tickets or more information: www.leadfootfestival.com