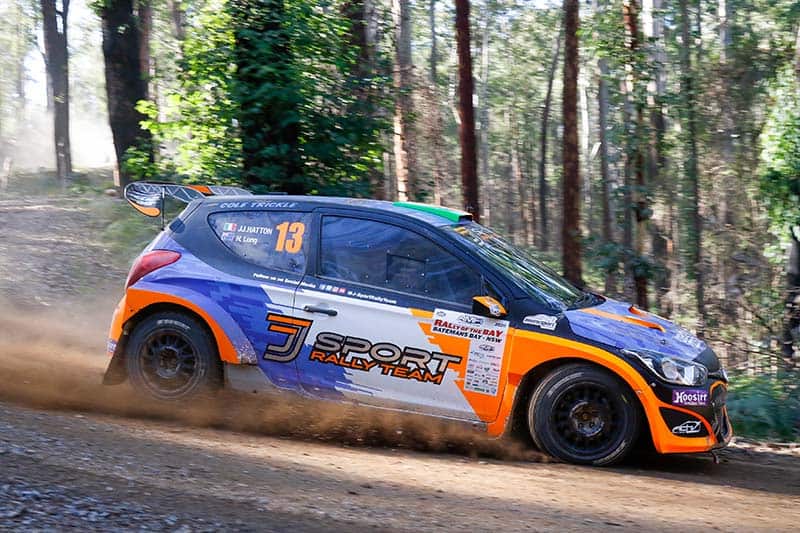 JJ Hatton was on track for a top 5 finish before a front suspension problem. Photos: Peter Whitten

Irish rally driver, JJ Hatton, has completed a successful return to rallying in the opening round of the NSW Rally Championship last weekend.

Driving his Hyundai i20 G4, the Sydneysider and his co-driver, Nathan Long, started the seven stage, 140km long event seeded 13th of the 85 starters.

Based out of Batemans Bay, the event was a welcome site for locals who had been hit hard by the bushfires earlier this year, before the COVID-19 pandemic.

In extremely dry and dusty conditions, Hatton and Long quickly set about moving up the leaderboard and sat in a comfortable sixth place at the first service break where the cars were refuelled.

“It had been such a long time since the last event that it took a little while to get back into the groove of things,” Hatton said.

“The boys at Activ Rallysport had done a great job getting the car ready, and we were looking forward to pushing on and perhaps getting into the top five before the rally finished.”

That wasn’t to be, however, as a front suspension arm broke on the rally’s longest stage, the 45km ‘Run to Mogo’ test.

Hatton was able to somehow get the car to the finish of the stage and back for repairs, but not before over six minutes had been dropped to the leaders.

It saw them slip back to 18th place, but after a run of bad luck during 2019, getting to the finish wasn’t going to dampen their spirits.

“Things were looking good for a while, but mechanical failures happen in rallying and we’re glad we were able to make it to the finish,” Hatton added.

“To see the smiles on the faces of our crew when we returned to Batemans Bay made it all worthwhile.

“The car was really good all day and I can’t wait to get back in the seat for the next rally in Canberra.”

That event is the opening round of the Australian Rally Championship, the National Capital Rally, to be held on the last weekend in September. 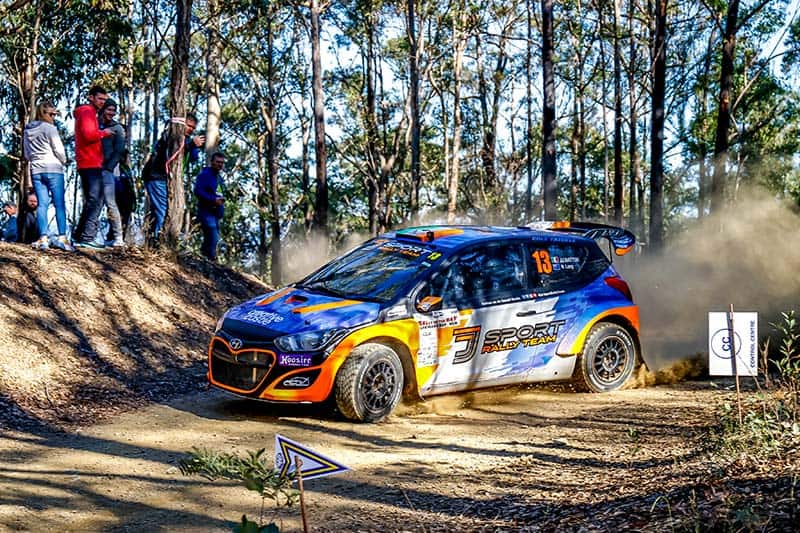