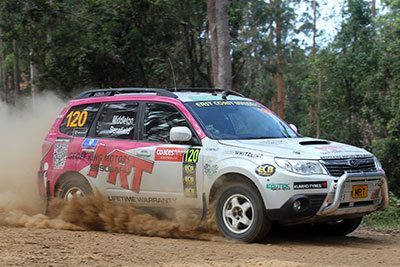 The Sydney businessman says that potentially, he could drive his current Subaru Forester TDI in the ARC’s SUV class, as well as his well-used Honda Civic VTiR in selected events.

Middleton and co-driver, Andrew Benefield, have won the SUV class for the past two years, but won’t be at the first two ARC rounds in Canberra and Western Australia.

“Currently our plans are to review our commitments for the Honda VTiR and Forester turbo Diesel after June,” Middleton said.

“The Forester will get more torque, a result of more development and a further revised cooling system, while the Honda will be getting a big birthday after an incredible 4th outright in the 2013 Alpine Rally.”

Should Middleton re-enter the ARC’s two-wheel drive class in the Honda, he is well credentialed, having been a former ARC Formula 2 champion.