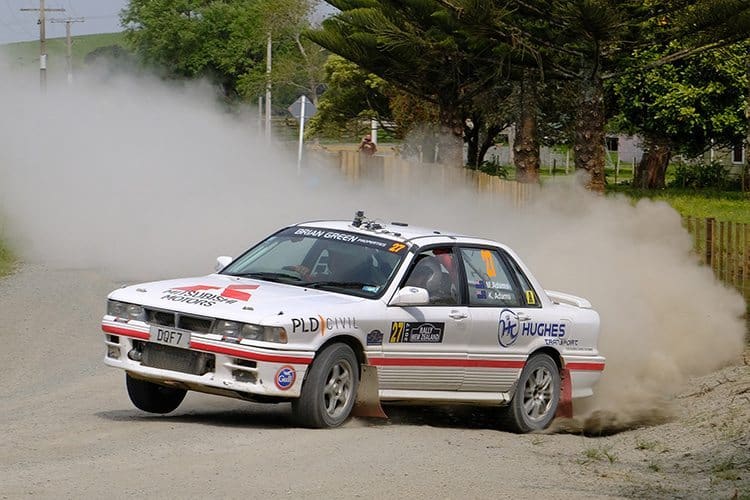 The sights and sounds of early 1990s Group A rallying will create a new feature at the 2018 Otago Rally, with the addition of a Classic 4WD class for the 2018 event.

The Classic 4WD field will run to the Group A Rally Challenge regulations, allowing pre-1995 machinery including the likes of Subaru Legacy, Mitsubishi Galant VR4 and Mazda 323 to compete for their own trophy as part of the two-day April event.

Vehicles complying with the Mainland Series Classic 4WD regulations will also be eligible to compete for the new Otago Classic 4WD Challenge Trophy.

The NZ Rally Championship organisers implemented the Group A Rally Challenge in 2016 to create a home for pre-1995 4WD vehicles.

Following the success of the category over the past two seasons, with growing interest and competitor numbers, the Otago Rally organisers have seen the opportunity to add the Classic 4WD category and also play host for the opening round of the 2018 Stadium Finance Group A Rally Challenge.

“It’s 20 years since we first ran the Otago Classic Rally in 1997, and back then the 2WD BDA Escorts and Mazda Rotaries were the emerging classic rallying field,” Otago Rally event chairman, Norman Oakley, said.

“Fast forward 20 years and for many people their first memories of rallying are Possum Bourne or Colin McRae in a blue Subaru.

“We see the addition of a 4WD Classic event as a natural evolution of the Otago Rally, and recognising that these cars have a special appeal to many rally fans, just as the 2WD Classic field will continue to do.

“The Classic 4WDs will be seeded together as their own event within the Otago Rally, and we will be introducing a separate trophy to recognise these fantastic vehicles and drivers,” he added.

The Otago Classic Rally was the brainchild of the Otago Rally organising committee in 1997. Twenty years on the successful formula has seen it develop into a world-renowned event that has seen a wide array of world class drivers compete.

The Otago Rally is grateful for Major Events funding from Dunedin City Council, and is supported by the Otago Community Trust.