No luck for Hunt at Rally Gisborne - RallySport Magazine
×

No luck for Hunt at Rally Gisborne 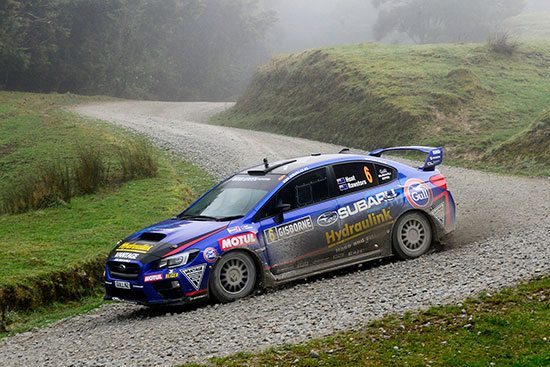 Lady luck eluded Ben Hunt and Tony Rawstorn at the Rally of Gisborne after they had an off-road excurision in their Subaru WRX STi that ended their event. (Photo: Geoff Ridder)The Subaru of New Zealand Brand Ambassador was unable to finish the Rally of Gisborne yesterday after he had a off-road excursion in his Subaru WRX STi on the fourth stage of the six-stage event.

It was not the way the Auckland-based driver and his co-driver Tony Rawstorn wanted to end the penultimate round of the NZRC, after they crashed out of the Whangarei round and damaged the radiator irreparably at the previous Canterbury rally.

“This has been a tough year for us but our goal from the start was to develop our brand-new Subaru WRX and over the season we have been able to get more speed and performance out of it,” Hunt says.

The STi was running strongly in the first two stages, finishing them in fifth and sixth position. Then the fuel pump failed in stage three, leaving Hunt no option but to temporarily withdraw and re-join for stage four.

Hunt set the record for the 38.85km Wharekopae stage last year, which is still unbeaten and had high hopes of a strong run through his favourite East Coast roads.
Unfortunately, a repeat performance was thwarted when Hunt ran wide on a corner when he encountered some sun-strike.

“The new Subaru felt like it was performing better than the last year’s championship-winning car. Then about 7km into the stage, the back left wheel clipped the bank, spun us around on the road and tipped us on our side. The way that it was sitting we couldn’t push it back onto its wheels because we would have done too much damage to the car, so we had to withdraw,” Hunt says.

With this season’s championship already decided yesterday, Hunt extended his congratulations to David Holder and his co-driver Jason Farmer on their maiden title, and he looks ahead to the final NZRC round in the Coromandel.

“It would be great to be able to demonstrate what a fantastic rally car the Subaru WRX STi is and bring home a top result next month for all my sponsors and supporters,” Hunt says