New Zealand rally star, Hayden Paddon, has dominated the field on the opening day of the Drivesouth Otago Rally, winning all but one stage in his Hyundai i20 AP4.

The former World Rally Championship star beat his stage record on each of the day's stages he won, missing a clean sweep when he picked up a puncture on the final stage around the streets of Dunedin.

Paddon also leads the opening round of the Asia Pacific Rally Championship, but is not registered for NZ title points this year.

His overall lead is more than three minutes ahead of the New Zealand Rally Championship leader, Dylan Turner, in an Audi AP4, with the Subaru WRX STi of Ben Hunt a further 12 seconds in arrears.

Norway's Mads Ostberg is nearly half a minute clear of fellow Ford Escort RS1800 driver, Regan Ross, in the battle for the International Otago Classic Rally, while veteran Ray Wilson has his Audi Quattro on top in the 4WD Classic Rally. 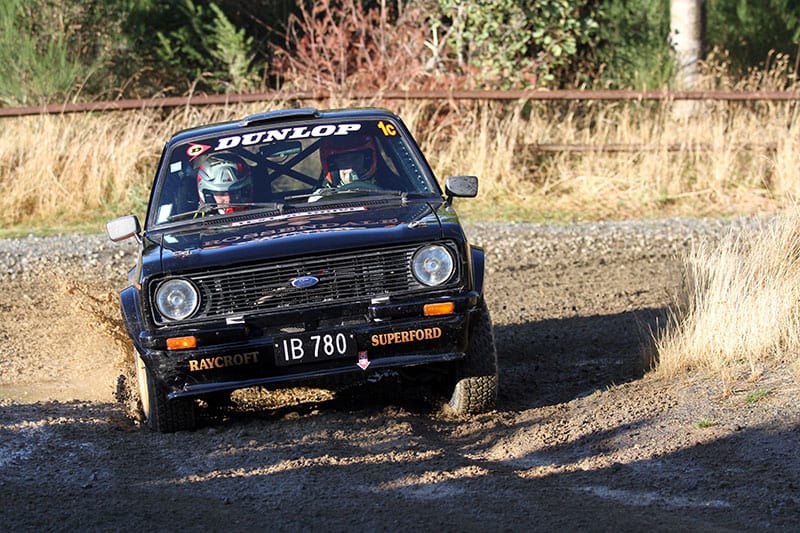 Dropped from the Hyundai WRC team this year, Paddon has his sights set on the Asia Pacific title this year, and showed impressive form over the day's eight stages.

He lies over six minutes clear of the Mazda 2 AP4 of Andrew Hawkeswood, with his son, Jack Hawkeswood, less than a minute further back in third place.

This left Turner ahead of Ben Hunt, with Phil Campbell (Ford Fiesta AP4), and Andrew and Jack Hawkeswood rounding out the top five. 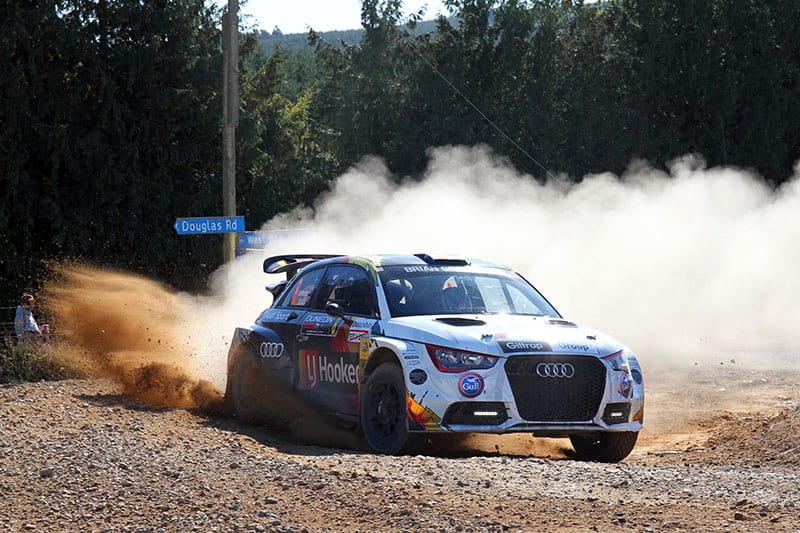 Mads Ostberg was on track for classic victory in 2018, only to suffer a host of mechanical dramas in his Rossendale Rally Team Ford Escort.

With a break in his WRC program, he's returned to try and claim the coveted classic title, and looks well on track for victory.

Last year's winner, Regan Ross, showed hot pace to be second, only for a 50 second time penalty to relegate him to third place.

This put Gore driver, Derek Ayson, up to second spot, with a brace of Escort RS1800s following he and Ross, with Stewart Reid, Jeff Judd, Graham Ferguson and Grant Walker all pushing hard. 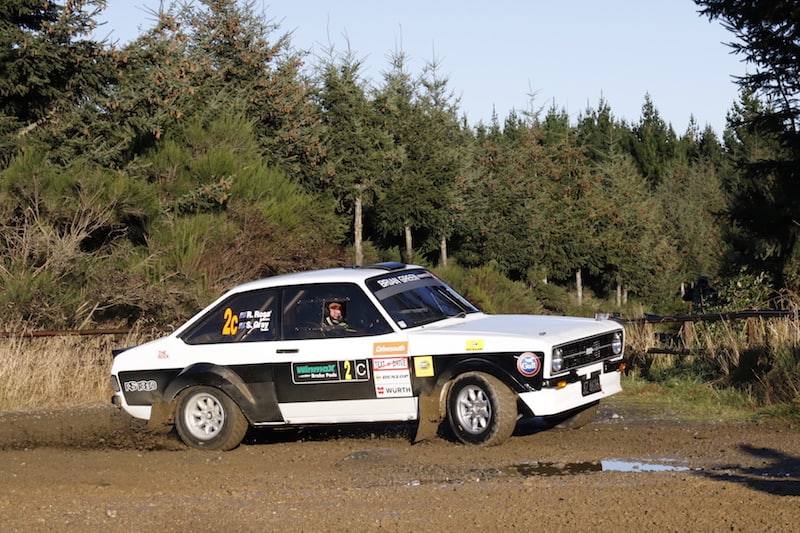 Regan Ross was in second behind Ostberg before getting a 50s time penalty. Photo: Peter Whitten

The first non Escort is the Nissan Bluebird of Karl Robinson.

Deane Buist was runner up last year in his VW Golf GTi, but suffered mechanical woes and didn't finish the opening day.

A strong field of Allcomers competitors took to the dry and dusty stages, with Garet Thomas finishing the day as leader in a Subaru Impreza.

Day two of the 2019 Drivesouth Otago Rally heads north of Dunedin for a further seven gravel stages totalling a distance of 140 kilometres, before the podium finish back at the historic Dunedin Railway Station.