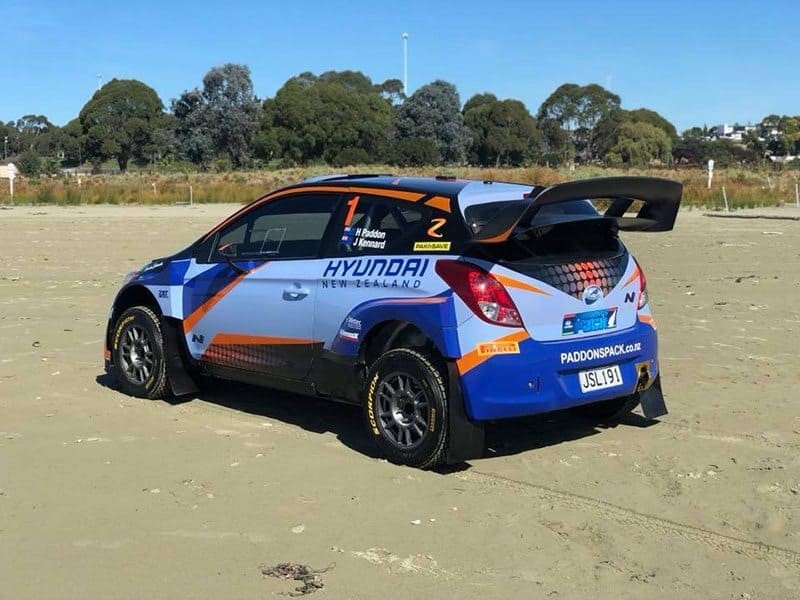 Kiwi rally star Hayden Paddon returns to some of his favourite rally stages in the world when he starts Rally Otago this weekend.

Former long-time John Kennard, from Blenheim, is back in the co-driver’s seat of Paddon’s Hyundai i20 AP4+ car.

Paddon, originally from South Canterbury, isn’t underestimating his local competition as he looks forward to competing in the Otago event well-known for its fast, flowing gravel stages.

“There are a few dark horses in the field and we can’t underestimate anyone,” says the 30-year-old who has won three New Zealand Rally Championship titles (2008, 2009 and 2013).

“So we will drive a good clean rally, enjoy some of my favourite rally stages in the world, and try and give the team a good result.”

Paddon and Kennard last contested Rally Otago in 2016 when they launched the brand-new Hyundai i20 AP4+ car, winning all but one of the 17 stages.

Since then, the New Zealand-built Hyundai i20 rally car has contested most NZRC events piloted by Paddon and other invited drivers, under the Hyundai New Zealand Rally Team banner. 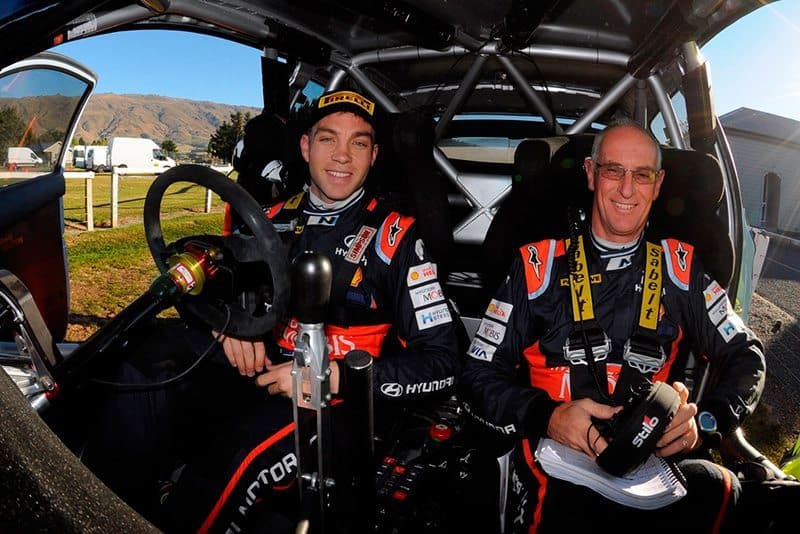 Hayden Paddon will be reunited with John Kennard at the Otago Rally. Photo: Geoff Ridder

This year, with Paddon’s schedule enabling him to contest five NZRC events plus the iconic Ashley Forest Rally Sprint, the car has received further development work from the Paddon Rallysport crew.

Paddon says: “We started to get the car to a good point in terms of handling at end of last year, so we have continued to develop things in that direction with a few new components. We are hoping this will make the car easier and more confident to drive.”

Having based himself in New Zealand for most of March and April, Paddon says the past month has been very busy.

“All the pre-season prep and getting everything ready. We have also had a few PR functions with Hyundai customers around the county, which is a fun way to interact with people.”

Kennard, who stepped away from Paddon’s World Rally Championship activities in May last year, wasn’t expecting to be calling the notes for Paddon again with such regularity.

“It’s fantastic to be back in a rally car again and our Hyundai i20 AP4+ is such good fun on those very quick, but challenging Otago roads,” says Kennard, who has just turned 59, and owns and runs a vineyard in Marlborough.

“Overall, it’s a bit hard to get used to this new life schedule, after having usually been involved in constant testing and three WRC rounds by this time in recent seasons. It certainly makes life feel different!”

Kennard adds: “My biggest challenge is to make sure I fit in a race suit, as I asked them to make my new one to the same specs as I’ve had for the last few years! Second challenge, I’m sure, will be to remember all the little things I need to do once I get back in the car, which become second nature when you’re in and out of a car every few weeks.

“We’re so lucky that New Zealand is such a great place to rally; I think you look forward to every rally and every stage. Even the stages we think of as ‘rough’ are a dream compared to many on WRC events. I’m really looking forward to Otago.”

Another angle to this year’s Otago Rally for Paddon is the burgeoning Paddon Rallysport distribution business.

“Paddon Rallysport will have 16 cars in the rally using our product including Winmax brakes, EXT suspension and Evo Corse Wheels. It’s a real buzz seeing products I really believe in and use myself on other competitors’ cars.”

Paddon is the top seed for the 14-15 April running of Rally Otago, heading a 65-strong NZRC field.