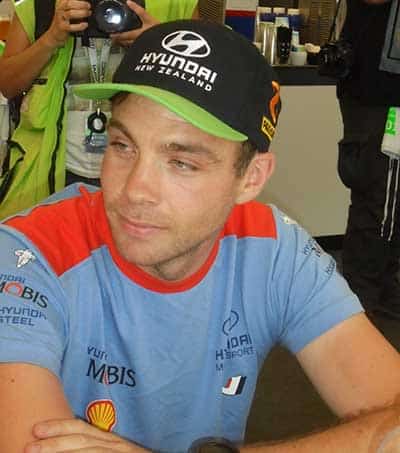 Choreographed with Citroen’s announcement that they had closed the door on Andreas Mikkelsen’s future with their team, came news that Hyundai motorsport is resting Hayden Paddon to give the Norwegian a drive on the forthcoming Rally Catalunya.

Mikkelsen has been offered drives on the last three rounds of the 2017 WRC season, but Hyundai has given no indication whether Paddon will drive Wales Rally GB or Rally Australia for them, or in 2018, or stay “rested”.

Curiously, Citroen’s earlier announcement about his departure suggested that Mikkelsen had an assured future in the WRC next year.

Paddon has been by far the least scoring member of the Hyundai team this year, although he scored a second place in Poland.

The New Zealander has suffered a very disappointing season, starting with a tragic spectator accident on the opening round.