Part 2: Where are they now? Ed Ordynski

In Part 2 of our Ed Ordynski interview (read Part 1 HERE), we chat to Ed about his thoughts on the next generation of Australian rally drivers, his alignment with Mitsubishi and other key supporters, and his thoughts on classic rallying. RSM: What’s your perception of the next generation of competitors like Molly Taylor and Harry Bates, for instance? Ed Ordynski: I think they showcase the future of the sport exceptionally well and it’s great to see the opportunities they have at a much younger age than the drivers of my era were able to achieve. They’re not bogged down with building and preparing their own cars and are media savvy in all of the areas required of a sportsperson these days. They are free to concentrate on the elements that make you a champion over and above being a fast driver in a fast car. Is there a young Australian driver you have identified as our next potential champion (and why?) No, I’m not close enough to the sport to answer with accuracy. One thing I would say is that there are a large number of candidates throughout Australia who are clearly addressing the full package requirements to be a champion.

However, you do still have to be the fastest to make it to the top. Being fast is your basic, turn-up-for-work responsibility. If you’re not the fastest in the category you’re in, it’s probably not going to happen as a works driver unless you pay to be there.

You have to be fast in whatever you drive and a master of the top six or eight things that make a champion. That applies to all levels of the sport. 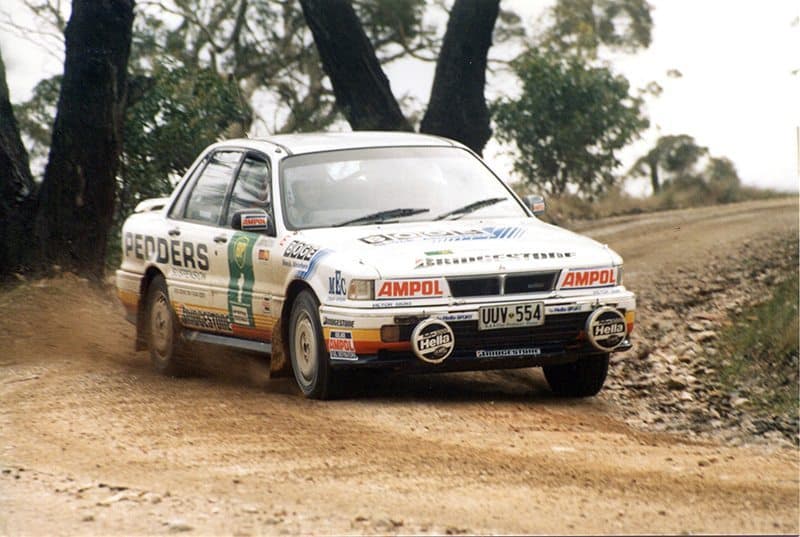 Ordynski's first ARC success came at the wheel of a Group N Mitsubishi Galant VR4 in 1990.

Do you still try to spend some time visiting local or international rallies? Not as a spectator. I was never a good spectator even before starting rallying. I‘ve had a close association with Targa events, fulfilling numerous roles since I retired. I’ve done the odd road closure or course car driving on gravel events. I quite like the involvement with the tarmac events because it’s something fresh to me and the events are more like the rallies I was brought up on, with long stages, multi-days, servicing in different towns and so on. For the last two years or so I worked as an advisor to CAMS, the Tasmania Police and the Dept of Justice in Tasmania on an inquiry into a Targa fatality that resulted in a full inquest. It was a very difficult experience, but the outcome has been incredibly positive for tarmac rallying and indeed, rallying in general. Many said the inquest will end Targa, but it just had its biggest entry by far and many of the on-going safety issues have finally been addressed. The inquest outcome has helped make Targa sustainable. 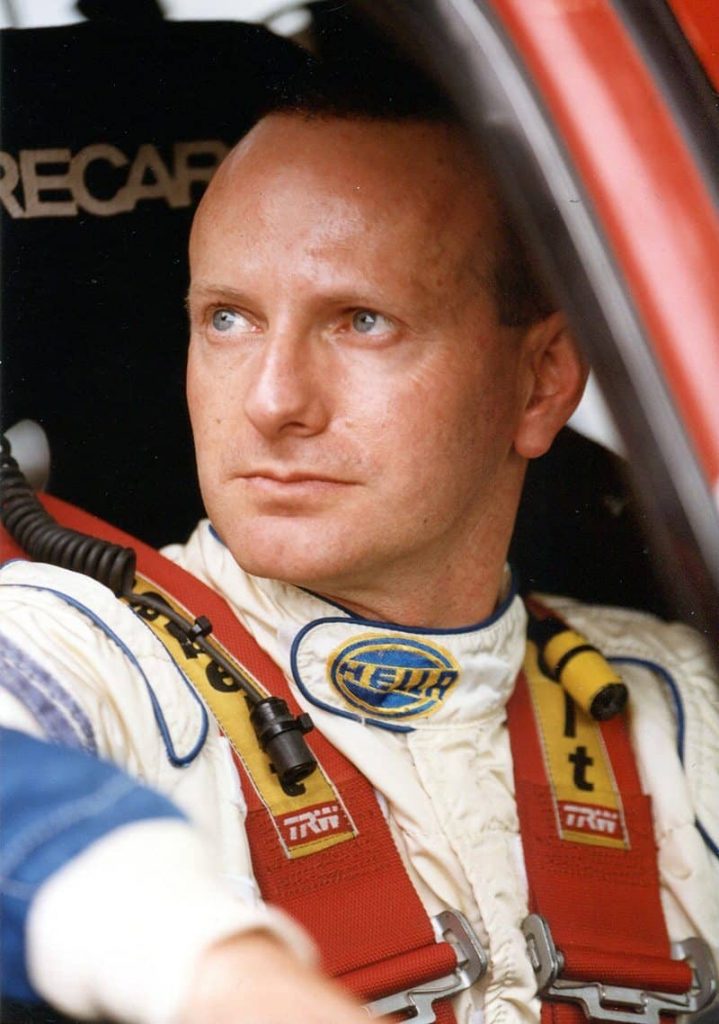 Do you still have professional alignments with Mitsubishi – and on what level? Yes, occasionally, on one-off projects. Most of the people I worked closely with at Mitsubishi are long gone and it’s very special to see that the new, younger generation still know about the past and value motorsport history. The Head of Corporate Communications is Shayna Welsh, daughter of long-term Victorian rally competitor, Mike Welsh. The CEO, Mutsuhiro Oshikiri, was first here at Mitsubishi as a young executive in my Galant VR4 days when we won the ARC outright in a Group N car. I have worked with Mitsubishi on a number of projects, especially involving energy efficient vehicles. For example, I did some initial testing of the Outlander PHEV (plug-in hybrid) and designed a drive program to showcase the vehicle at its media launch. I was then involved with the initial planning on that vehicle being in a motorsport activity and when the budget was approved, I was invited to drive the Outlander PHEV on the Australasian Safari.

I don’t even have a competition licence anymore and didn’t want to trigger all of the things in which you need to be absolutely on top of your game, to drive for a manufacturer, so I assisted Mitsubishi in finding the best crew and team for the job.

I thought that’d be the extent of my involvement, but Mitsubishi then asked me to come along on the actual event for two weeks, to help ensure the best possible return on investment. It was an outstanding project and a great example of how motorsport can assist with the single-most important area for a manufacturer, these days – energy efficiency. The Safari organisers were really supportive and understood the need to do far more than simply provide a class for the vehicle. Steve Glenney, Bernie Webb and Alan Heaphy’s crew were the professionals you’d expect and did absolutely everything required. 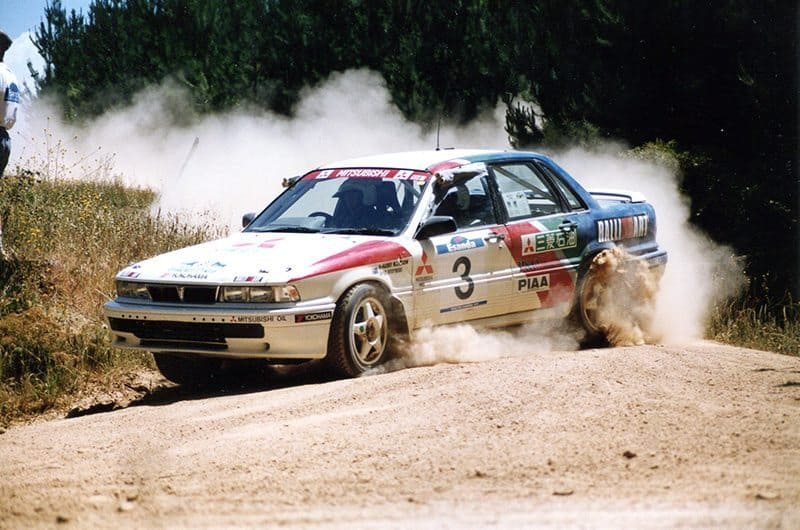 Ordynski and the Group A Galant VR4 at the Esanda Rally in Canberra.

Do you find yourself in demand locally as a mentor for up-and-coming drivers? Very rarely these days, and usually just over the phone or meeting for a chat over a coffee. I’ve had a phone conference with Molly Taylor about pacenoting and Neal Bates sent me some of Harry’s in-car vision to provide some feedback, and I’ve discussed a few things with motoring journalist, Paul Gover, who’s helping Harry as he did Neal, in hopefully getting some of the breaks he deserves. During my career I did provide training to competitors, many of whom have gone on to much bigger and better things – Cody Crocker, Katsu Taguchi, Brendan Reeves, Steven Shepheard, Scott Pedder, Mark Pedder, Justin Dowel, David West, Marty Beckton, and co-drivers like Greg Foletta, Dale Moscatt, Rhianon Gelsomino, and Matt Lee, to name just a few as there were many more. It usually centred on pacenoting and, in particular, how to relate and deliver pacenotes to best position the car on the road, not just following the shape of the road, and to ensure the driver is ultimately the person responsible for the writing and delivery of the notes in the best manner for them.

It’s something I’m very proud of – having a small role with so many competitors. I remember meeting Steve Glenney for the first time for a chat over a coffee and seeing immediately the understanding he had of being across the whole package required for success.

Some of my peers said I was crazy to assist others, but I never failed to learn something myself each time and I saw it as helping the sport to be stronger and more competitive, which was better for us as works drivers. 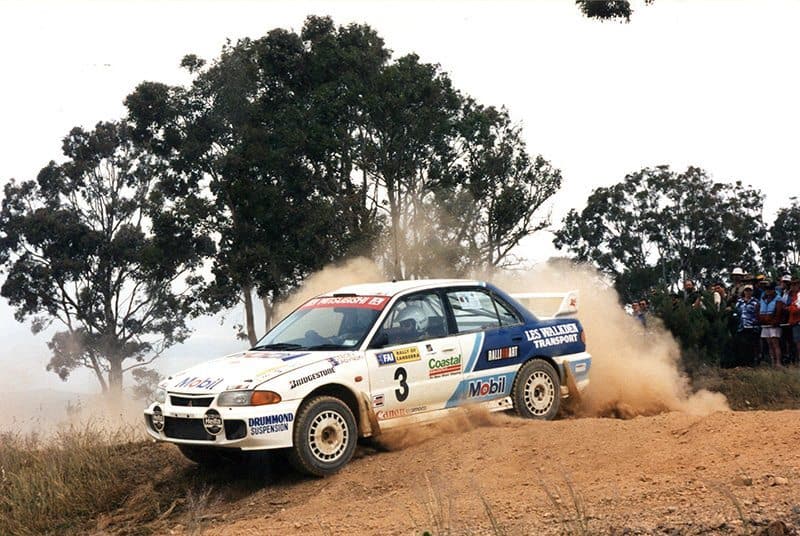 Ordynski had a long-standing association with Les Walkden. This is the Lancer Evo 3 in the Rally of Canberra.

Are you still active in the rally scene at home in South Australia? No, almost no involvement other than the occasional chat to Ivar Stanelis about items related to the SA ARC event. I helped Walkerville All Cars Club obtain sanctioning for its club track and have provided a small level of guidance to SA champs James Rodda, Russell Marker and co-driver Karien Heimsohn. It sounds odd when I say it, but I feel least knowledgeable about SA rallying, as it’s actually the state I competed in least during my career. My home of rallying at the professional level has been based mainly in Tasmania, with Les Walkden, or NSW with Ralliart. Do you think the current rally formula in the Australian Championship is working? The season is only just beginning so impossible to say with all the recent rule changes. There needs to be time to monitor the outcome. As far as factory involvement goes, a manufacturer needs to see consistency and stability in the regulations, a level playing field for all involved, and most of all, a large number of competitive teams. Manufacturers have to take a 5 to 10 year view of their involvement to maximise the return on the initial investment. They need the confidence in the sport to know the rules won’t change next year or through something out of left field. The same probably applies to privateers, because to contest the ARC properly, it’s an enormous commitment, virtually requiring you to give up everything else in life. There needs to be a confident and stable vision for the ARC and a commitment to that vision over a 5 to 10 year window that realistically attracts investors and openly encourages state competitors to events, as equals. 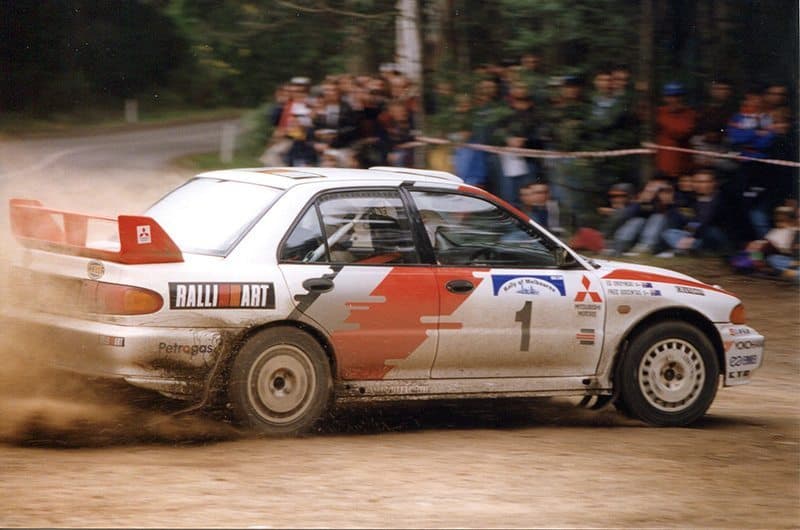 Ed Ordynski thrilling the spectators in the Rally of Melbourne.

What are your thoughts on the success of classic rally cars? It’s great to see it starting to happen in Australia. The stand-alone events like the Alpine are showing the way and anything the HRA in Victoria does seems to be very well thought out and planned to inspire competitors. I think that’s part of the key – the events themselves need to allow competitors to not only experience the cars, but the style of rally of the era – e.g. long stages, some night-time, no pacenotes, everyone in the event on an equal footing when you enter, etc. What would be your choice of rally car in the classic category? It’s hard to say as part of me would want to study all the regulations out there at the moment and build something that makes the most of the freedoms, like Neal Bates has done – a 2016 version of a classic car.

However, I think mainly I’d like to revisit what it felt like to rally in the era I remember as classic rallying and therefore do HRA style events in, say, a Datsun 1600 built to the simple spec I used to run. It’d be slow for sure, but great to experience again.

I think for me personally, classic rallying needs to be a car in the spec it was run in the era, in an event that most replicates that style of rallying, but I recognise that’s not necessarily for everyone. Maybe a fairly basic Datsun, two litre, Webers, good gearbox, and LSD in, say, the Silver Fern in NZ, would be good or indeed, some night-time navigation events. 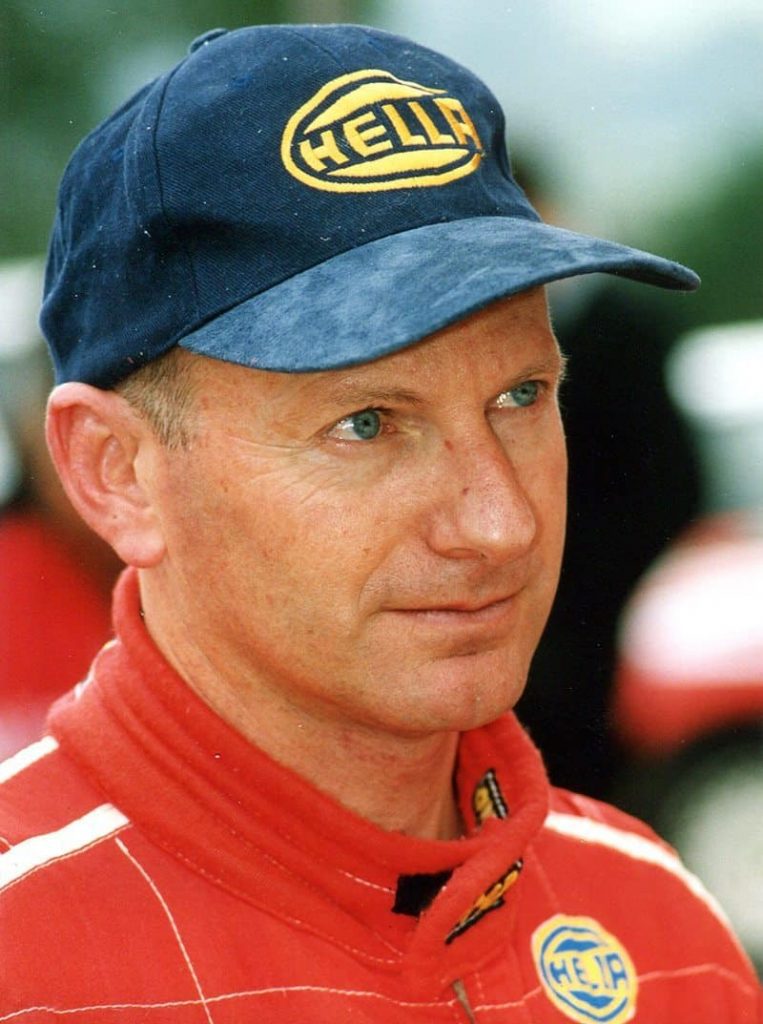 Ed Ordynski remains one of Australia's most loved, and most respected rally drivers.

Will we see Ed Ordynski in a classic rally car at any time? There’s nothing to prevent me running one – it’s purely finding the time while doing all the things I’ve mentioned about life after rallying. Many who compete in classics had around 15 or 20 years out of the sport before returning, so its very different for me having had such a long, continuous career. It’s not on my list of things to do at the moment and probably receding into the distance. But I still have a good Datsun shell and all the parts to replicate the one I used to run, just in case. https://rallysportmag.com/where-are-they-now-ed-ordynski/ https://rallysportmag.com/the-forgotten-one-mitsubishi-lancer-a73/
VIP Exclusive Content
Get full, exclusive access for only $6.55/month.
Subscribe Now
Already have an account? Sign in