Many may not put him in the same league as Chris Atkinson or Ross Dunkerton, but Cody Crocker is arguable Australia’s most successful rally driver of all time. After winning a competition for junior rally drivers in 1994, Crocker was then picked up by Subaru Australia and went on to win an incredible 11 national or international championships in 12 years. Four Group N (production) titles in the Australian Rally Championship were followed by three outright ARC wins, before an unprecedented four Asia Pacific Rally Championships in succession from 2006 to 2009. Spending years as the understudy to the legendary Possum Bourne at Subaru helped to shape Crocker’s rally career and his life. In this enthralling interview with RallySport Magazine, Crocker speaks of his early days in the sport, the thrill of being selected to drive for Subaru, the brutal conditions in the APRC, and his life post Subaru. This is the final instalment of our exclusive three-part interview.

https://rallysportmag.com/interview-cody-crocker-australian-rally-driving-legend-021018/ https://rallysportmag.com/part-2-interview-cody-crocker-australian-rally-driving-legend-101018/ RSM: After the Subaru days you did some time in the ARC driving a side-by-side Polaris. Was that a fulfilling experience, or was it all a bit 'Mickey Mouse' after your successful rallying days? CC: I had begun a relationship with Polaris around 2007 just as they were launching the RZR. The first versions were fairly small but incredibly fun to drive. They were designed to be able to go where a quad bike would. Whilst they didn't look so amazing from the outside, on the inside they were pretty incredible and they could do things rally cars couldn't, like jump around a motocross track or run the Finke Desert Race. Being something quite new we needed to find a niche that would grow brand awareness and show them what could be done. There was plenty of momentum coming from the U.S. where they are built. Sales in the U.S. alone are around 40,000 per year - just for the RZR. 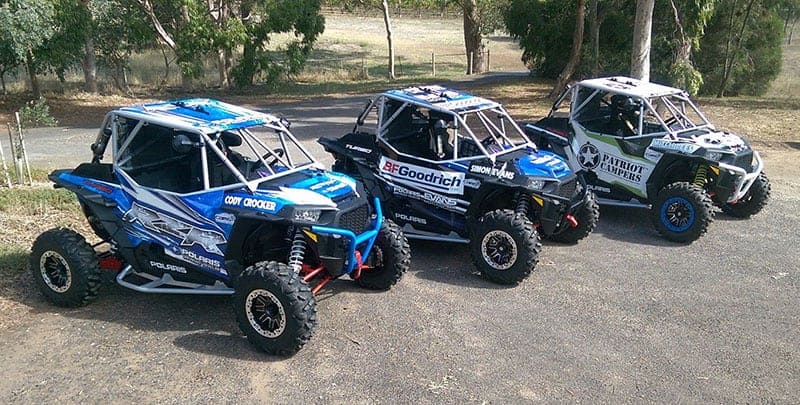 The Side By Side Championship is a competitive series that Crocker enjoys immensely.

We tried winch challenges and off-road events and went rallying in 2012. I described them as being about 70% of a rally car. They were about 70% of the speed, and had 70% of the grip and 70% of the weight, but the way you could drive them was equal. I was just as committed in the RZR as I was in any car. We spent some time setting it up and getting it nice and low to handle like a rally car - that way I could be as sideways as I wanted. With the CVT the engine was always revving between 6-8000 rpm and was always responsive. While top speed was limited to around 130km/h, I don't think people realised just how fast they were. Greg and I often chuckled at the number of people running away from spectator points because you could brake so late. They thought we were going in to the bush. Then, in Rally SA in 2014, we managed to win the top 10 shootout! Fancy a RZR beating all the rally cars - albeit by 0.1 of a second. 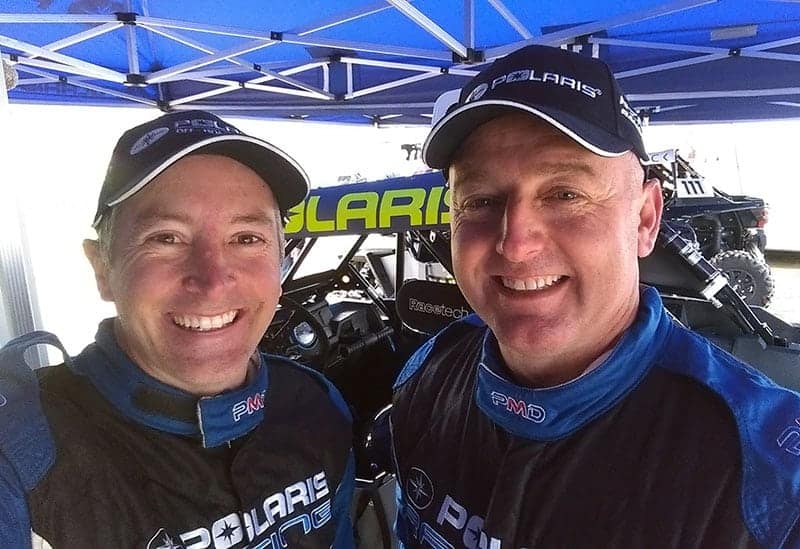 The 2008 model had 80bhp, now they're over 180hp and are pretty serious weapons. We're now running in the Side by Side championship at various motocross tracks around the country. My heartrate has never been higher than at the start of one of these races. Eight machines are lined up and you know you've got to grow some proverbials to clear the 25 metre table-tops, because you know Simon Evans will and he'll beat you if you don't. There's no Mickey Mouse about that. 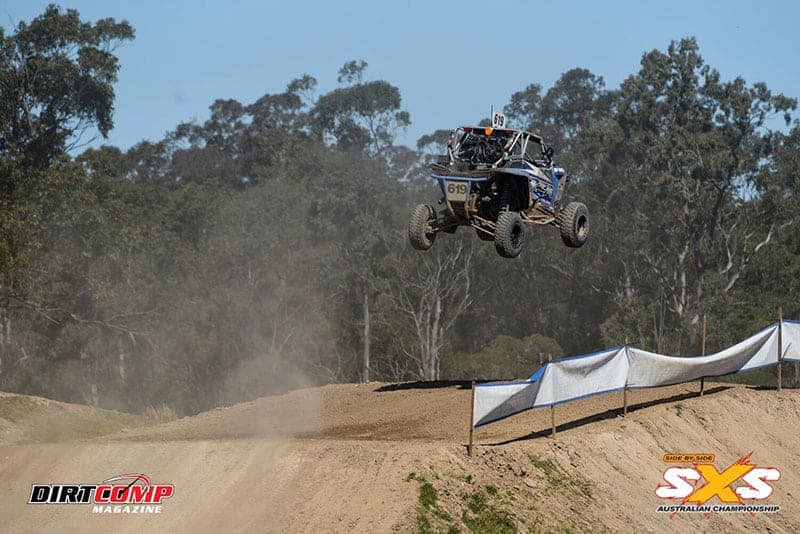 Jumping a Polaris in the SXS championship is anything by Mickey Mouse, says Crocker.

RSM: We've not seen you in rallying events recently or even heading down the classic rallying route. Is that something you're interested in as time moves forward? CC: I'd love to get back into rallying in any form, especially in a rear-wheel drive Escort or something similar. I was never able to when I was with Subaru so now would be a good time. I don't feel that I've slowed down much, but I think I'm looking to do it more for fun than competition. As much as my professional career was an amazing way of life, the pressure of getting every corner right is tough. The perfectionist in me could think at the start of a rally that out of the next 10,000 seconds of driving, if you get just one wrong, it's probably going to cost your employer a car, and both of you a championship, let alone getting hurt. 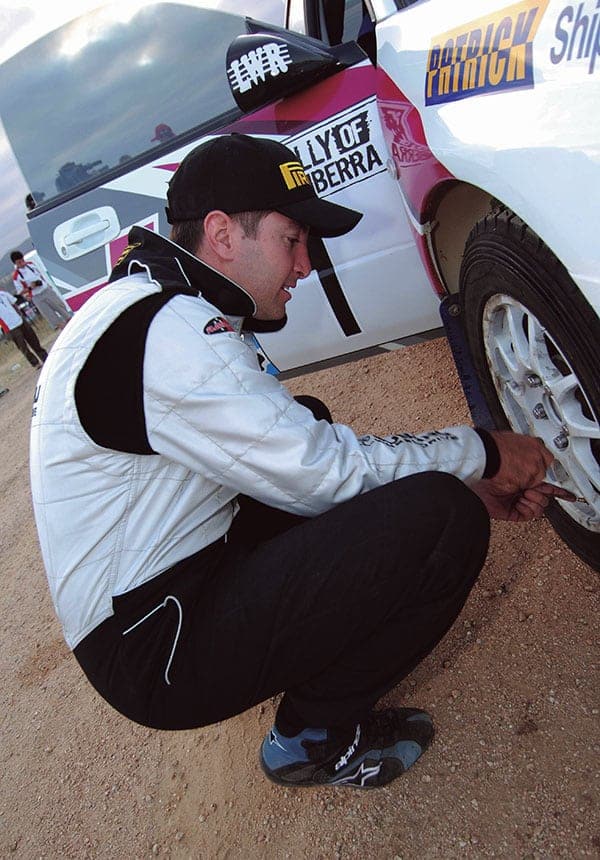 A consummate professional, Cody Crocker is one of Australia's most successful rally drivers ever.

That's a pretty high pass mark to achieve. Fortunately, I'm not a perfectionist (much) and I don't think those things. My kids are 10 and 7 and I want to spend as much time as I can with them. I was away for 132 days in 2009, which makes family life hard. I'm still travelling lots, but I'm not away for the long stints that make the kids ask when Dad will be home. RSM: What's your interest level in the various forms of the sport these days? Do you still follow the ARC or WRC closely? CC: I will always love rallying and can watch all sorts. We're so lucky now with YouTube, you can get your fix anytime. The World Rally Cars are simply amazing to watch and are now fast enough to seriously test the drivers. They're much more exciting than three years ago. I wish the ARC could get back to the days of manufacturer involvement. How that happens is anyone's guess. 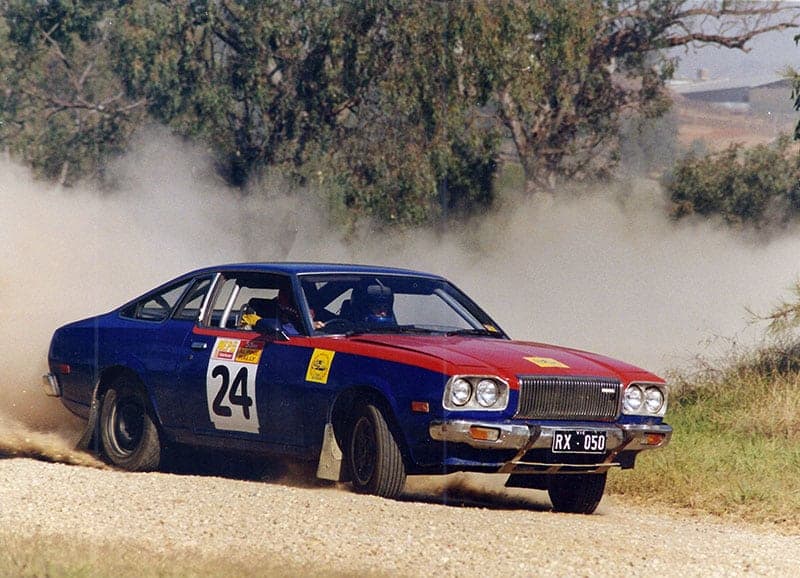 Cody Crocker's rallying journey began in 1994, and rally fans are hopeful that there's more to come.

RSM: And finally, what does the future hold for Cody Crocker? CC: For now life seems very normal. I've settled into a normal job - well fairly normal. I live in a fairly normal house with a wife, two kids and a mortgage, and I'm happy with that (except the mortgage). I've had a pretty amazing life and have done so many things I never dreamed of doing. So for now I'm happy playing Mr. Fixit around the house on weekends and seeing my little kids grow into big kids. I don't think I've ever really planned my future and I've never had a firm idea of what I would be doing in, say, two years time. I don't think that's ever going to change. I've still got racing in my blood and the Polaris racing gives me that fix. I'm definitely looking forward to whatever gets thrown my way in the coming years.