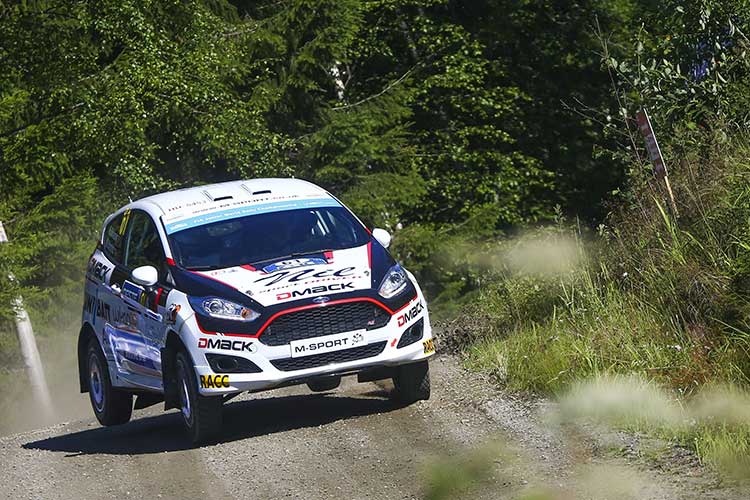 M-Sport will provide 1-litre Fiestas for the 2018 Junior WRC.

M-Sport have announced initial plans for the 2018 FIA Junior World Rally Championship, which is set to challenge the latest crop of candidates on every surface that the WRC has to offer.

Following the same successful format as in previous years, the championship will be run on an arrive-and-drive format, with M-Sport in Krakow supplying identical one-litre Ecoboost Ford Fiesta R2s.

Five events have been selected on snow, gravel and asphalt – providing a true test of the drivers’ ability on all terrain.

For the first time since 2006, the season kick-starts on the snow-covered stages of Rally Sweden before venturing to the sealed-surface endurance tests of the Tour de Corse.

Three gravel rallies then follow at Rally de Portugal, Rally Finland and double points for the final round at the Rally of Turkey which is returning to the championship for the first time since 2010.

Featuring some the season’s most iconic rallies, the calendar also provides a better spread of events to simplify logistics for the potential competitors.

Once again, championship points will also be awarded for every fastest stage time so as to encourage the competitors to push throughout each rally – a formula which has traditionally resulted in a nail-biting fight to the finish.

Further details will be announced at Wales Rally GB and those interested in further information should contact Maciej Woda, [email protected]

“We’ve worked really hard on our one-make series over the years and believe that we have established a successful and competitive format alongside the FIA. Next year, we want to take it a step further to introduce more diversity – something the introduction of all three surfaces allows.

“By making the final round a double header, it also encourages the drivers to push to the very last kilometre – as we have seen in recent seasons – and the eventual winner will have shown consistent speed on every surface.

“There’s no denying that the Junior World Rally Championship produces drivers that go on to compete at the very highest level. You just have to look at names like Loeb, Ogier, Sordo, Breen, Evans and Tidemand to know that this formula has produced drivers of the very highest calibre – and we’re hoping to find another one in 2018.”