Shamrock Motorsport driver, Richie Dalton, is determined to maintain his third place in the Australian Rally Championship at this weekend’s final round.

While that is the Irishman’s goal, there’s still a chance that he could actually hold the championship trophy aloft, should he win the rally and those ahead of him fail to finish.

Dalton finished the penultimate round in second place and took several stage wins in what has been his most successful season to date.

Driving his Toyota Yaris AP4, he and co-driver Dale Moscatt have put together a consistent season and aim to finish it off at this weekend’s Coffs Coast Rally on the north coast of NSW.

The ex-championship-winning Toyota, prepared by Neal Bates Motorsport in Canberra, has had a ground-up rebuild since the last event in South Australia.

It will be in tip-top condition for the rally, although the same can’t be said for Sydney-based Dalton, who has been battling a stomach bug in the lead-up to the event.

“One of the kids picked up gastro somewhere, and managed to pass it on to everyone else in the family,” Dalton said.

“I spent the best part of two days in bed, but hopefully I’m starting to come good now and I will be fit enough for the rally.”

Not to be deterred, Dalton is fully focussed on finishing the year on a high and maintaining his current standing in the championship race. 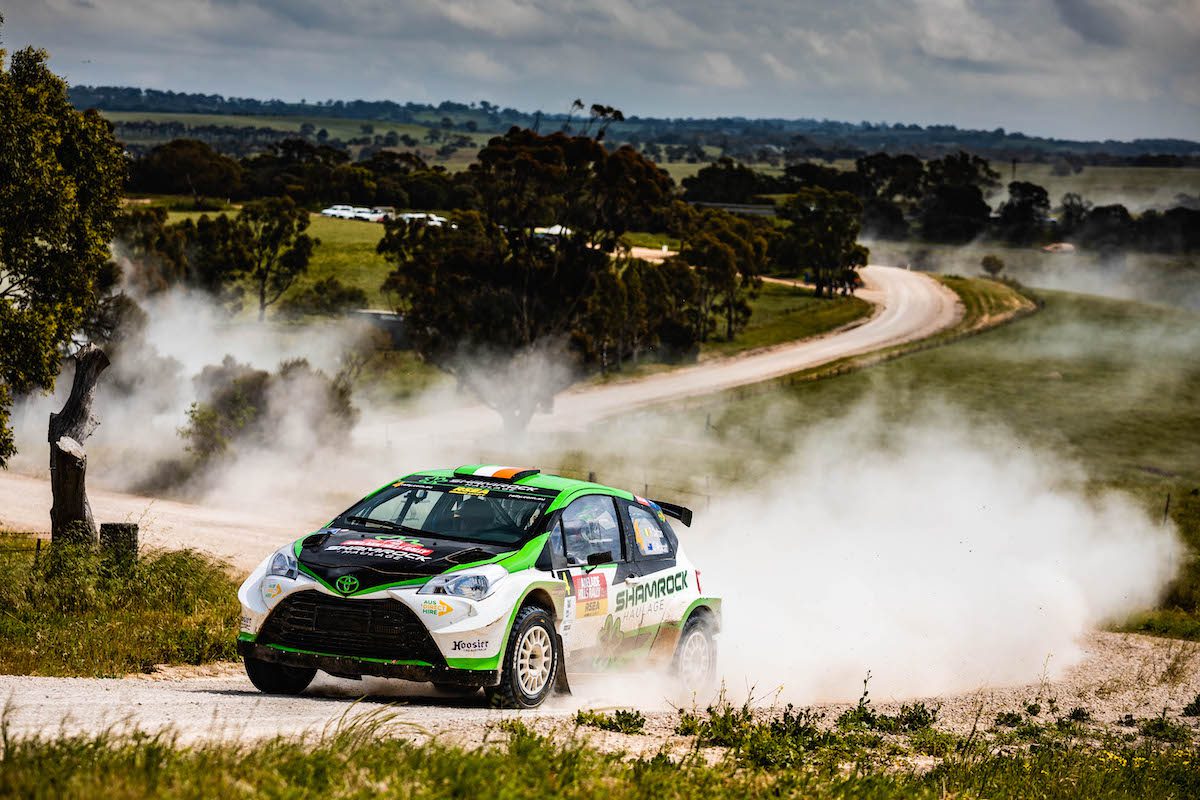 “We’ve had our most consistent year and have really started to gel with the Yaris AP4.

“Our pace has gotten faster and faster at each rally, and had it not been for a non-finish in the Victorian round, we’d be sitting second in the championship.”

The championship will be fought out between Lewis and Harry Bates in newer model Toyota GR Yaris AP4s, but should one or both of the brothers strike problems, the chance for Dalton to move up the standings is on offer.

“My goal is to finish third in the championship with another strong performance this weekend, but you never what might happen in rallying,” he added.

“I don’t wish any ill luck on Harry or Lewis, but we plan to be there to make the most of it if either of them has difficulties.”

Dalton is also one of only six drivers who can take home the Asia Pacific Rally Championship title, with the ‘winner takes all’ final to run in conjunction with the ARC final.

Favourite for that title is New Zealander Hayden Paddon, but with hot weather and tough conditions predicted over the rally’s 14 stages, being at the finish will give Dalton a real shot at that title too.

The Coffs Coast Rally gets underway on Saturday morning ahead of nearly 200 kilometres of competitive driving.