The latest round of the South Australian Rally Championship proven to be an event for the veterans, with the top three drivers all over 40.

Driving his recently purchased Mitsubishi Lancer Evo IX, Jamie Pohlner proved to be too good for the 34-car field, taking victory by nearly a minute and a half.

Pohlner was the only driver who was able to keep ahead of the flying Stuart Bowes in his V8 engined Mercedes 450SLC though, as Bowes led home Rob Hunt (Lancer Evo 6), Ryan Poel (Subaru WRX) and Daren Herring (Lancer Evo) in the top five.

In the rally held around Eudunda, age was a blessing and experience really counted for everything.

Pohlner is 43, Bowes 57, and Hunt is over 70, proving there was no room for young up-and-comers here!

The winning car is an ex-Mat Jansen Evo from New Zealand, and was the third car Pohlner has driven in this year’s SARC. 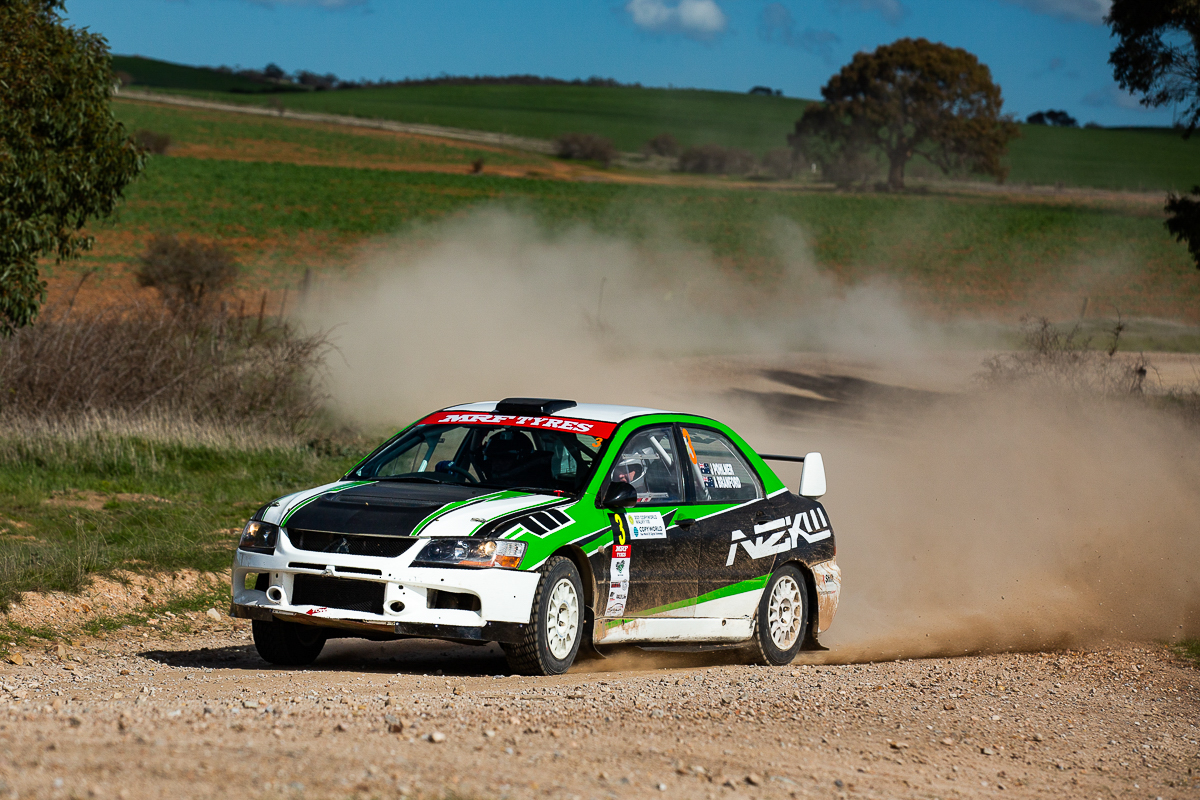 “It was meant to get here in February but only arrived the week before Walky 100,” he said.

“We had a quick prep and no testing before Walky, so we’re very happy with how we went.

“We have used a different car in each of the three SARC rounds this year, so I have been kept on my toes with car handling, as I found in the first speccy point that caught me out!”

Nevertheless, he quickly came to grips with the car and its improved performance.

“The event was great, it was good to finally have a dry Walky 100 which made the roads very fast with a lot of commitment required,” he added.

“This year I have made the change from WRX to Evo which handles a lot differently, and also differs a lot in power delivery.” 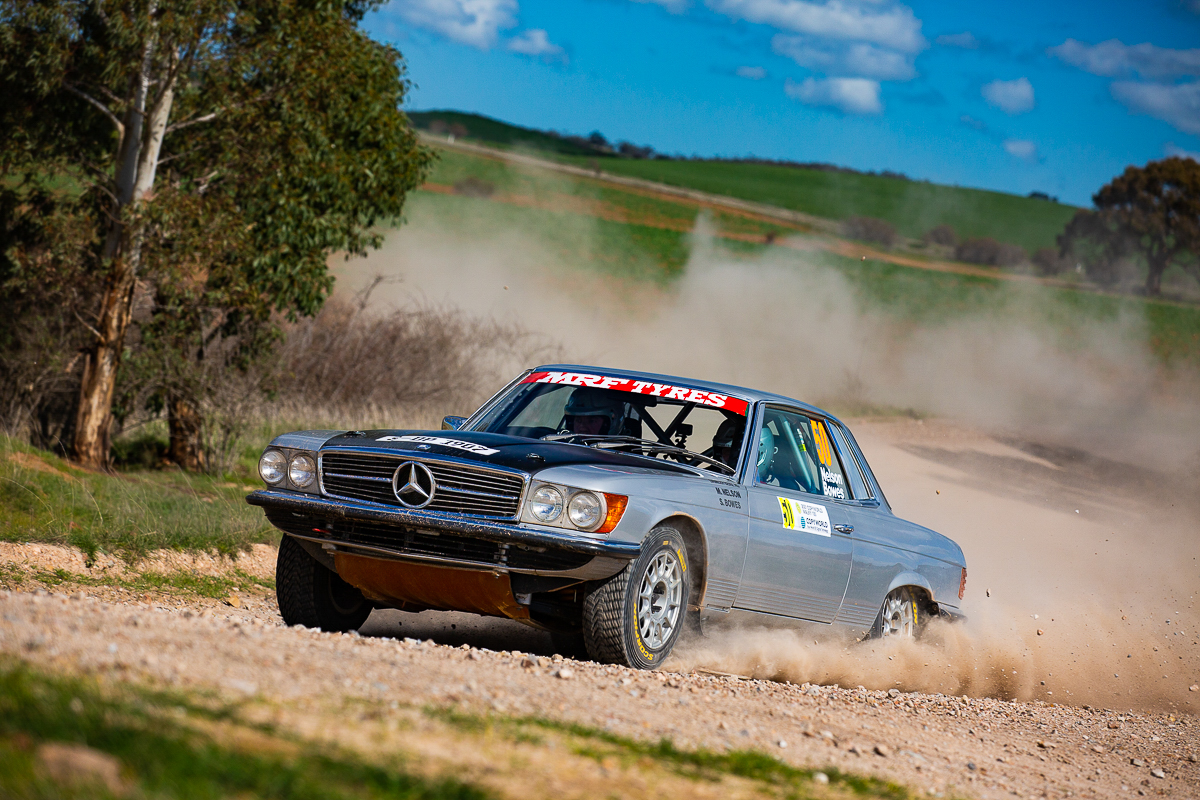 For second placed Bowes, the long legs of the Mercedes helped, but the four-wheel drive of the Lancer proved too much.

“I tried my best to catch Jamie in that new car, but it was just too quick,” he said.

“It was a bloody good effort from all the old blokes though. There’s life in us all yet.” 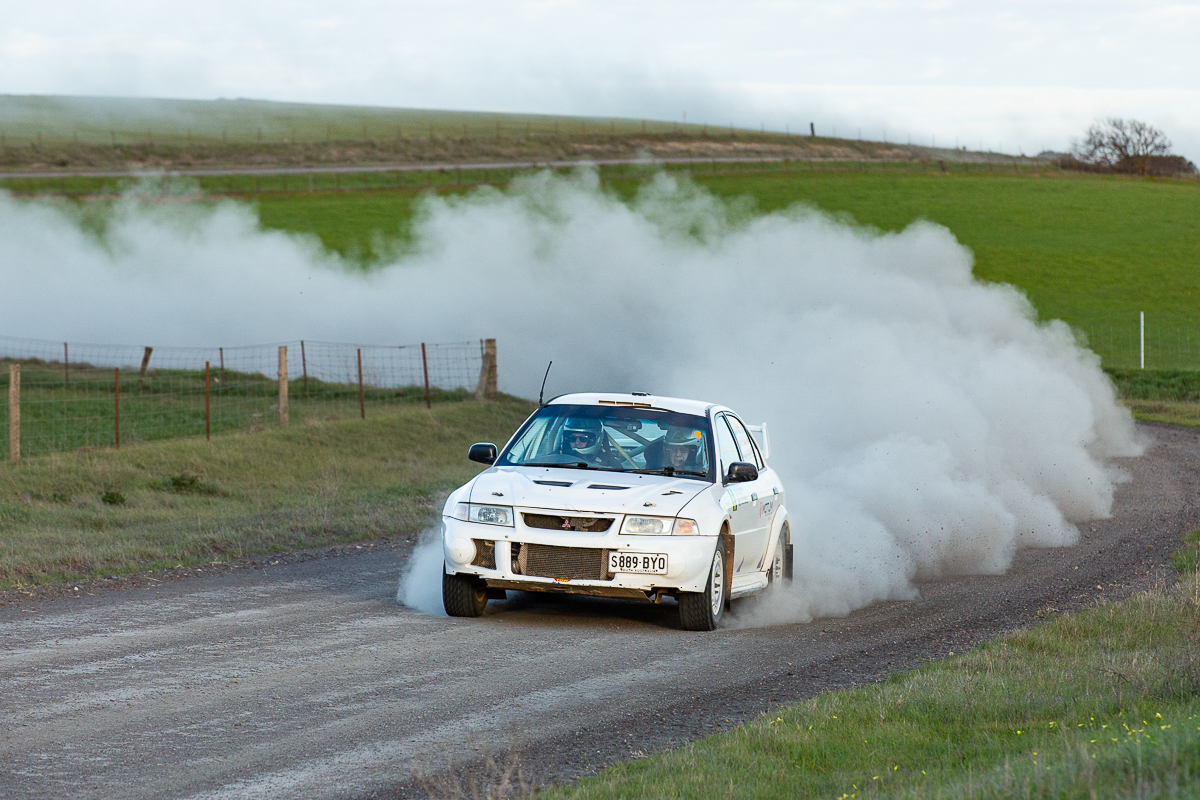 Rob Hunt and Jeremy Browne – both over 70 years old – finished in third place. 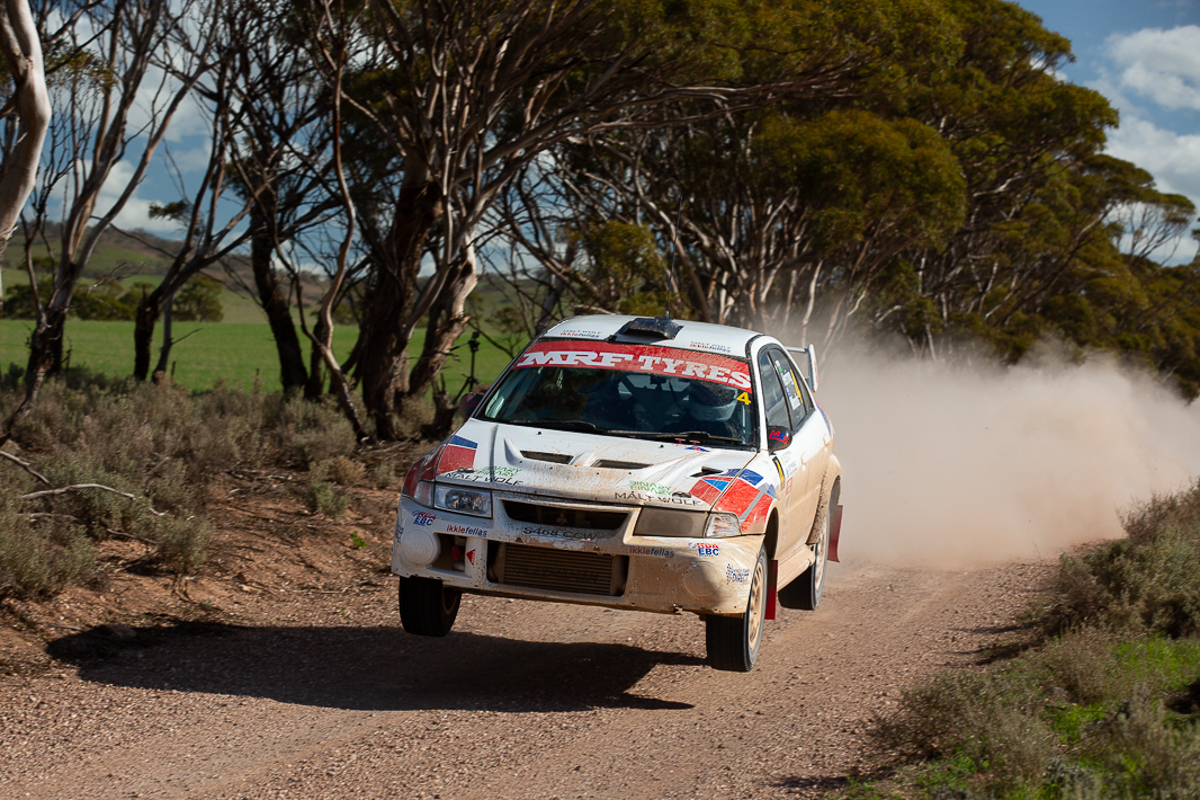 Daren Herring jumps his Lancer Evo 6 into the top five at the Walky 100 Raly.