The 2018 FIA World Rally Championship resumes after a six week mid-summer break with the Neste Rally Finland, the event historically known as the 1000 Lakes Rally (26-29 July).

This is one of only two events within the WRC framework which has been held every year since the start of the WRC series, and the only event always to have been run out of the same headquarters town.

Nowadays this is easily the fastest rally in the WRC. In the last two years the winning average speed has been 126kph.

Once again, the Paviljonki complex is the epicentre of the event where the location of the start, service area and finish are all within walking distance of the centre of the mid-Finland town of Jyvaskyla.

The main change of the route this year is that there is no loop to the stages on the eastern side of the long Lake Paijanne. There is however a lot of detailed variety. 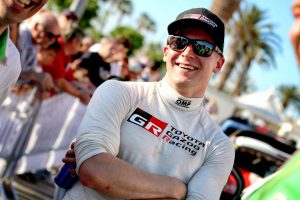 There has been the construction of a major spectator area at the finish of the Power Stage where an artificial jump (as if the rally was not already famed for its heavily undulating nature!) has been formed at the flying finish of the stage.

Once again the organisers have rejected the currently popular but controversial concept of speed reduction by chicanes. The only chicane on this rally being on the publicity downtown Harju stage along a stretch of asphalt road.

Considerable attention has been given to the choice of special stage roads. In the uncertainty of knowing exactly how fast the new 2017 generation World Rally Cars would be and fearful how high the winning average speed would be, the organisers experimented last year with triangulating road junctions where possible.

This year considerable efforts have been taken to re-visit traditionally unsuitable narrower roads to re-evaluate the suitability of their current conditions.

It is reported that this year’s route includes around 20 km of roads never used as special stages on the event before, often replacing sections of long established stages, for example parts of the famous and very fast Ouninpohja stage.

The entry list produced few surprises.  The total number of 72 is up on the 61 starters last year.

Alongside the younger drivers Craig Breen and Mads Ostberg, 46 year old Sheikh Khalid Al Qassimi makes only his second appearance in the Citroen Racing team this year. In the third seat in the Hyundai team is Hayden Paddon rather than Dani Sordo.

There are 18 entries in WRC2 where Skoda Motorsport’s own ‘equal championship opportunities’ policy leads to entries for Ole Christian Veiby and 17 year old Kalle Rovanpera, competing on his home country’s major event for the first time.  Not entered this time are Skoda’s main WRC2 challengers Pontus Tidemand and Jan Kopecky.

The number of JWRC competitors reaches a new level – fifteen – thanks to the entry of this year’s Neste Rally Future Star driver Henri Hokkala.

There are unusually two drivers from India: Gaurav Gill in the non-championship MRF tyre development Fiesta R5 and Sanjay Takale in a WRC3 championship Fiesta R2.

New version soft tyres will be supplied to the top teams by Michelin with hard compound tyres the option.

The favourite team for this event has to be Toyota whose drivers include last year’s winner Esapekka Lappi and three times previous winner Jari-Matti Latvala, whose team headquarters are situated twenty kilometres from the rally base and whose FIA registered free-testing area is the area around Jyvaskyla. 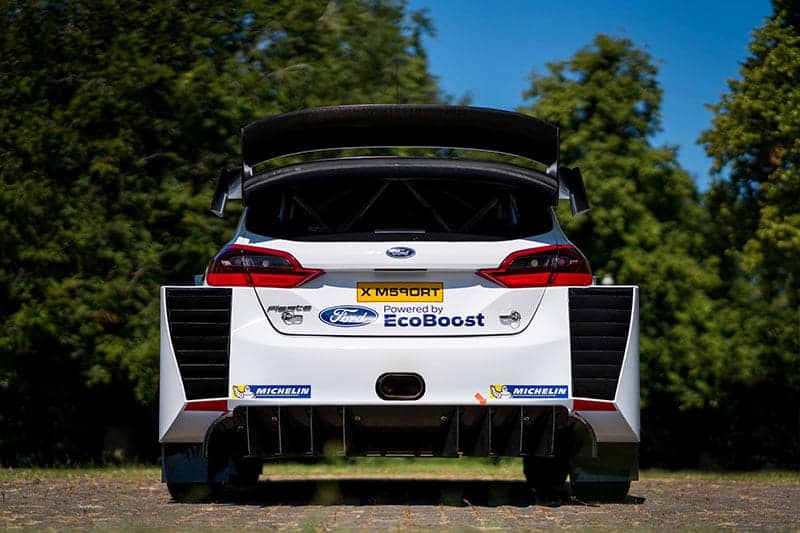 Hyundai Shell Mobis go to Finland 28 points ahead of M-Sport in the makes’ series, their driver Neuville is currently 27 points in front of M-Sport driver Sebastien Ogier.

There have been five previous Citroen wins going back to 1962 with Pauli Toivonen up to Kris Meeke in 2016.

Their best Finland results for their current drivers were two podiums for Mads Ostberg (one with Citroen, the other in a Ford) and one for Craig Breen. Curiously, Khalid Al Qassimi has finished in 16th position on this event on the last three years – a well as in 2007.

The team’s only technical problem in Sardinia was engine stalling for Breen, assigned to the driver needing to synchronise the use of the clutch in a different way.

Breen competed in Rally Estonia, Ostberg had a two day test in Finland, and Breen and Sheikh Khalid one day each. 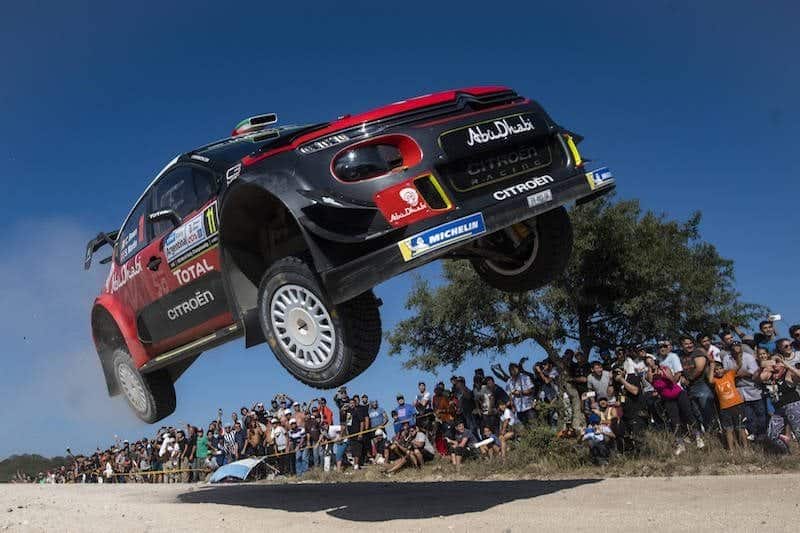 Craig Breen has the rest of the 2018 season to strut his stuff for Citroen. Photo: Jaanue Ree

New changes to the cars in Finland are to the front suspension geometry in order to give better stability for the chassis. Clarification from the team concerned Ostberg: he will not compete in Spain, where Loeb will take part instead.

Neste Rally will provide a special challenge for the team which extended their lead in both World titles in Sardinia, though neither the team or their drivers have won in Finland and only one podium for their drivers (Neuville with M-Sport in 2013).

Apart from Andreas Mikkelsen’s gearbox problem, caused when reversing after an over-shoot, a trouble-free run for the team in Sardinia.

Pre event testing was carried out both in Finland (near Jamsa with Mikkelsen and Hayden Paddon), and in Estonia (with Paddon competing on Rally Estonia and testing for the other drivers).  A new chassis for Neste Rally for Neuville (14), and pre-rallied cars for Mikkelsen (9) and Paddon (11).

Important new technical change is an activation valve for the central differentials.

There are 13 victories for Fords in Finland, dating back to 1968 with Escort RS1800s - five podiums for Ogier and one for Evans.

Technical innovation centred on new aero parts evolved from four months’ research at Ford (new rear bumper and diffuser for Ogier only – only enough available parts for one car) aimed at increasing downforce chosen after back-to-back testing in Finland.  Otherwise no particular novelties for this event, just set-up adjustments.

Two days test for Ogier, one day each for Evans and Suninen, all in Finland.

Cars to be used chassis 9 (his Portugal car) for Ogier, #8 (last used by him in Corsica for Evans) and #6 used by him in 2017 for Suninen but used in competition this year.

Toyota won last year with Esapekka Lappi, who for the two previous years had won the WRC2 category.  The old TTE team won three times.  Jari-Matti Latvala won here in 2010 (Ford), 2014 and 2015 (both times in Volkswagen).