Round 6 of the world championship is the Rally of Portugal (19-21 May), the first European gravel event in the series, based in the north of the country.

Neuville (pictured in Portugal in 2016) will be hoping for back-to-back victories.The event will again be centred at Matosinhos, near Porto, where the service area will be in or around the large exhibition halls. The event starts on the Thursday evening in the grounds of the scenic Guimaraes Castle, followed by a super special at Lousada at the rallycross circuit.

Friday is spent on stages in the far north west of the country, close to the Rio Minho which is the frontier with Spain, with two of the three stages in each loop run in the opposite direction. Saturday sees two loops of stages to the north east of Porto and the final day on stages around Fafe.

Portugal is the start of perhaps the most intense part of the season, with three WRC events being run in a nine week period, severely limiting the opportunity for teams to bring their trucks back to base for restocking, and requiring fast transport to bring the rally cars back to base for an overhaul.

While this is officially the 51st Rally of Portugal, the organisers are using the occasion to celebrate 50 years of the international championship level of the event. The series began in 1967 with the TAP Rally and has witnessed first hand the transition of the sport, from days when there were Monte Carlo-style concentration runs (from destinations served by the TAP airline), away from a primary reliance on road section performances rather than special stages.

The event has changed from competitive routes which covered the whole country and now follows the current WRC idiom with double usage of stages, all run in a selected part of the country.

There has been extensive pre-event testing in Portugal in recent weeks as this event represents the start of the traditional style of WRC gravel rallying. This serves to help prepare also for ensuing gravel events in Sardinia and Poland, and teams have already used up around half of their annual test allocation.

Teams have been to Portugal twice this year, firstly for general research and development testing, before Argentina, then recently for specific Rally Argentina set-up work. Several of the test roads have been rougher than expected.

Like in Argentina, soft compound tyres are the primes for this event. Temperatures are expected to be lower, but the lower altitudes of the stages mean the engines will be producing more power. 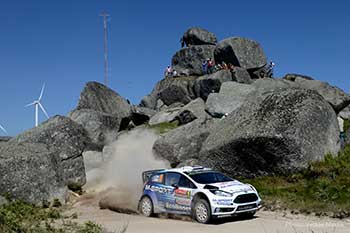 Elfyn Evans starred in Argentina, and will be hoping for similar pace this weekend.Total entries are 65, including 14 2017 formula World Rally Cars and three earlier World Rally Car versions for Prokop’s Fiesta, Gorban’s Mini and Raoux’s Citroen entered in the WRC Trophy category. There are 27 R5 cars and three national rules cars.

Special factors are that this will be the first of three WRC rounds in which entries from WRC2 competitors (of which there are 20) are compulsory, but this event is not one of the qualifying rounds of the Junior WRC, leaving only six entries with WRC3 cars.

Notable is that there are three car entries in 2017 cars from all four registered teams, including finally from Toyota Gazoo Racing. In the WRC2 entries, this will be the first rally in Europe for the Mexican and Nacam driver Francisco Name.

In the prevailing dry conditions, later running cars will be favoured at the start of the event, good for Meeke, Hanninen and Ostberg, bad for Ogier, Latvala and Neuville.

First time the team has fielded four 2017 specification cars. Same cars as used by Meeke, Breen and Lefebvre in Corsica (the three WRC registered drivers on this event) plus the Portugal test car (chassis 7) for Sheikh Khalid Al Qassimi.

Pre-test work for Portugal was made in Portugal before Argentina and continued in Sardegna the week before the rally.

As for his misfortune in Argentina, Kris Meeke said: “Argentina was wild. It happens sometimes, you just have to put it behind you.”

Technical Director, Laurent Fregosi, said Meeke’s crash in Argentina had no effect on preparations for Portugal because they did not plan to use the same chassis. Recent development work has focussed on damper and transmission set-up.

Citroen tie with Lancia as winners of Rally of Portugal eight times. Special memory of Portugal for the team was Kris’ unexpected victory last year. 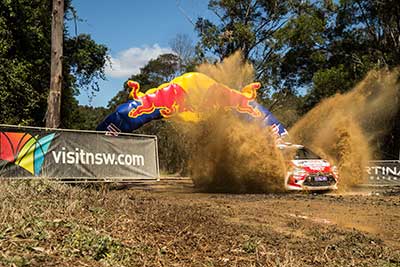 Citroen have had a horror recent run and need a strong result in Portugal.Hyundai

Experiences in Argentina? The final result was satisfying despite the various issues. Interesting explanation, why did Neuville need to have his door mirrors changed, leading to trouble with the Stewards? Both mirrors were broken due to a couple of impacts and the car ran all Friday afternoon without door mirrors.

The reported oil breather problems were due to the way the breathers were positioned.

Strange story. Neuville had the gearbox changed for precaution and checks at midday Saturday because it was thought to be broken. In the evening the mechanics took it out again, but they put it back.

Pre-rally testing took place in the area of Amarante with Thierry and Dani (and Andreas Mikkelsen) in mid-April, but they also had a test in Arganil where Hayden tested tow days there, Dani and Thierry one day each.

No technical changes have been made since Argentina. Good memory for the team: from 2014 when Dani won the first stage ever for Hyundai Motorsport.

Experiences from Argentina: it was even rougher than expected! There is no explanation why Ogier’s car was suddenly "undriveable" on Day 2.

New-spec dampers will be used in Portugal. Five day testing in many old familiar stage locations in the north of Portugal, with all three team drivers.

Ostberg’s hydraulic leak problem in Argentina was assigned to an incorrect set-up procedure. 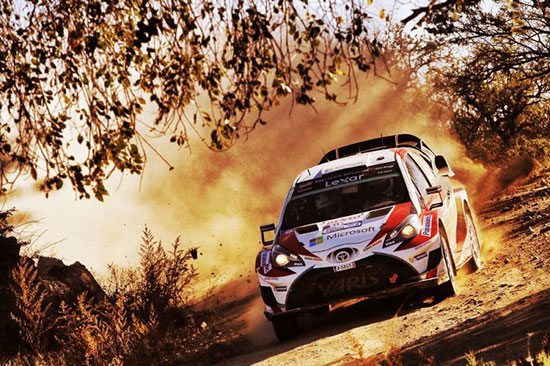 Curious memory: the car which suffered in Jari-Matti’s huge crash down the mountainside in 2010 then went on to win Rally Finland that year. That may not have been a highlight in itself, but it showed the strength of the Focus!

First time three car WRC entry for this team with Esapekka Lappi making his long awaited competition debut for the team. Two cars the same as in Corsica, the other car new.

Lessons from Argentina: Juho Hanninen had a problem that was in an area of the car that is very difficult to access in the service time available. Latvala’s overheating was caused when the device used to raise road section temperatures was wrongly activated.

Two day test for each driver in representative stages close to the rally route. Special new lightweight parts were evolved in recent tests.

Down memory lane: team chief Tommi Makinen’s best memory from old Portugal rallies was winning in 2001, his 100th WRC event, the weather was horrible but he won the rally! This was the last time the WRC rally was held in the north of Portugal before it moved down to Algarve.