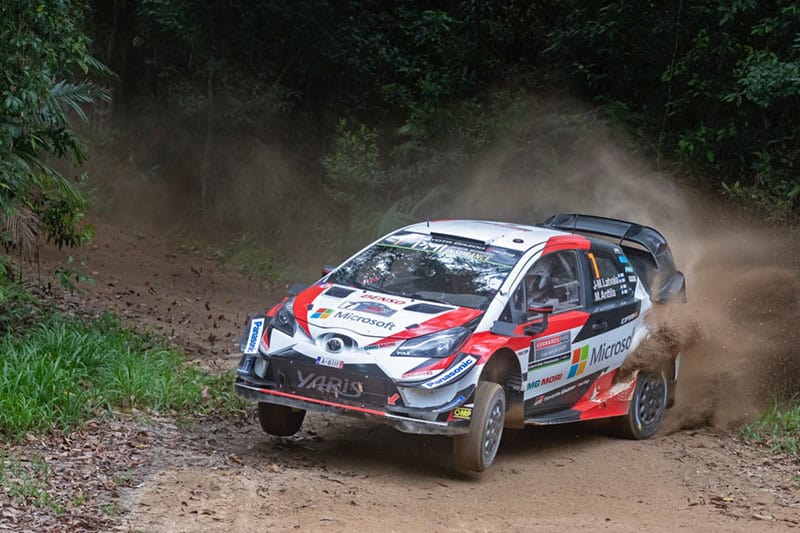 Jari-Matti Latvala will be among the WRC stars tackling the “new” southern stages in 2019. Photo: Jeremy Rogers

Kennards Hire Rally Australia will return to some favourite roads in the Nambucca Shire for its 2019 finale of the FIA World Rally Championship.

The event’s senior sporting officials have been completing a final review of the rally route this week and will now await formal approval from the world motorsport governing authority in Paris .

The 27th WRC Rally Australia will run on 14-17 November, based at the C.ex Coffs International Stadium in Coffs Harbour.

While most of the 300-plus kilometre route north and south of the city is unchanged except for minor details, WRC drivers are expected to welcome a return to the Utungan and North Bank stages, south of Macksville, last used in 2016.

They will replace the Newry stage, farther north, in the Saturday competition schedule. A 5.0km section of Newry will become the new venue for pre-event testing and shakedown events.

Although back on the itinerary, the 2019 7.53km Utungan and 7.91km North Bank stages will be run in the reverse direction from past years, meaning drivers will face a completely fresh challenge.

The “new” stages were inspected for suitability and safety last week by Australian former WRC star Chris Atkinson, who described them to event organisers as “fantastic, classic WRC stages”.

“They’re some of the best roads we’ve got,” Rally Australia Clerk of the Course Wayne Kenny added.

“They’re fast, flowing, open and undulating and quite technical for the drivers. There are numerous corners and hard-packed gravel, which will ensure some impressive speeds from the top WRC cars.

“As a bonus, the scenery around that part of the Nambucca Shire is a magnificent vista of lush green hills and valleys. The images shown to our worldwide television audience will be stunning.”

Rally Australia will be the 14thand final round of this year’s series. It will kick off with the traditional Rally Show and Ceremonial Start on the Coffs Harbour Jetty foreshore on Thursday 14 November and finish with a globally-televised podium ceremony at the end of the Wedding Bells stage on Sunday afternoon. A highlight will be two twilight runs on the harbourside Destination NSW Super Special Stage.

DMack Tyres – gone but not forgotten