Crashing head-on into your service van on a road section is far from ideal, but German great, Walter Rohrl, used it as motivation for the greatest drive of his illustrious career. Martin Holmes talks to rallying's first double World Champion. ******* Walter Rohrl, the world’s first double World Rally Champion, lived in different days. In the ‘70s and the ‘80s the World Championship was not the prize for consistency through the annual series. It was not even necessary for teams to contest every event in the series. These were days of pick and mix. Budgets spent on individual events were way higher than nowadays, but were spent only on selected events, events of particular interest to the teams or their sponsors. The art of the game in those days was to be excessively dominant on specific events or in specific circumstances. 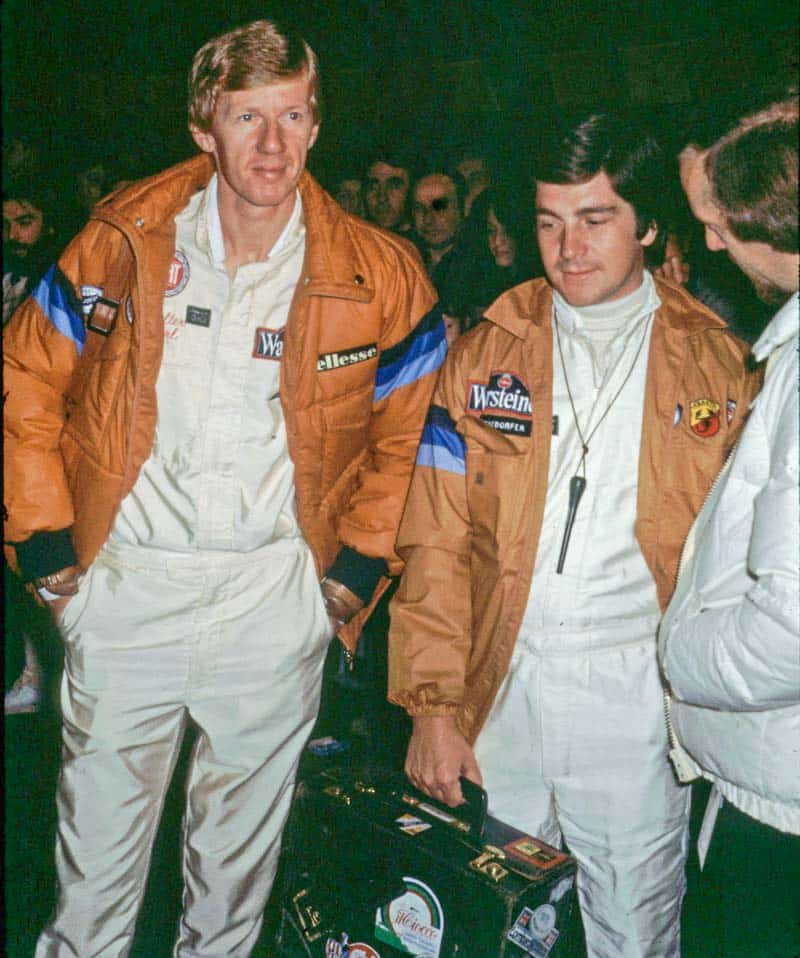 Walter Rohrl was remarkable in many ways. He was trustworthy and predictable. And never more so than when he tackled the Monte Carlo Rally which he won four times, in 1980, then 1982 through to 1984, in four different types of car, each of them in different mechanical formats. But when it comes to individual events for his unforgettable experience, Walter selected Portugal 1980, the occasion when he demonstrated a most incredible talent for driving in fog. It was a performance that stunned his rivals and his teammates alike, and it all centred around a stage that was 42.0km in length that was going to be run twice. Arganil, a gravel stage high in the hills behind the town of the same name, lying in Central Portugal east of Coimbra. It was not as easy for Walter when he came to Fiat as it was for Markku Alen, who was the big cheese in the team and who everybody liked! “I had a very good relationship with Markku and if somebody asked me who was the teammate with whom I had the least problems it was Markku," Rohrl remembers. "He was always straight‑up, never did things which were not fair. If we agreed we would only recce a stage two times, Markku would not sneak back to that stage without your knowing. That was the first important thing. 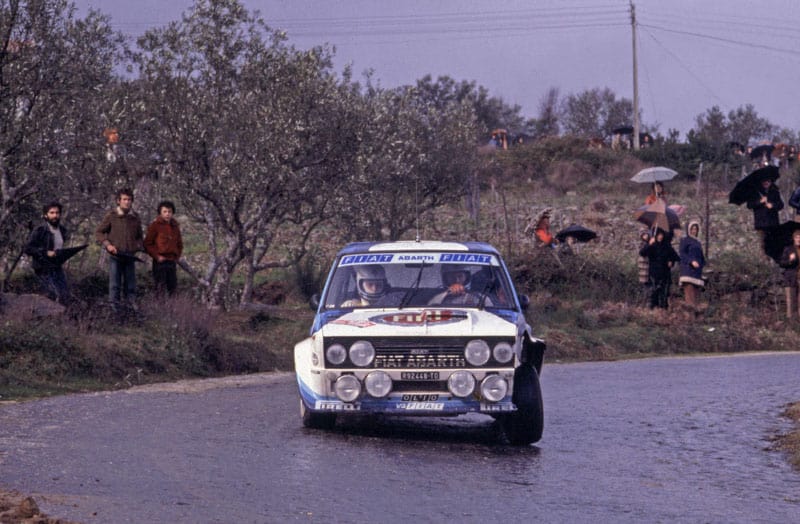 "Of course I know that on tarmac I had absolutely no problem matching his pace, on snow and ice we were about on the same level, but if the road was rough he was more brave than me. I was always afraid to destroy my car so I was going more carefully. "And there was the Portugal thing about Markku. He had already won the event three times. He was so confident. He kept on telling me ‘I am Mr Portugal, I’m always going to win the Portugal Rally.’ He was pushing really hard. "Today if I am asked who was the best rally driver beside me, and my fastest teammate, it is always Markku. But it was a misunderstood situation: people thought we hated each other. "It all came to a head in Portugal, where there was obviously going to be a confrontation of wills. Things were not the least helped by what happened during the first night of the rally. "We had a collision on a road section with our team’s service van. It was a strange story, and it was all Markku’s fault! I was angry. Some journalists heard me say I would kill Markku and they made a lot out of that. But it really was all Markku’s fault. “The incident happened when we were running close together on the road. He heard a noise on his car on the stage and at the finish line he immediately radioed the service people saying ‘I have a problem you have to come to help me’. 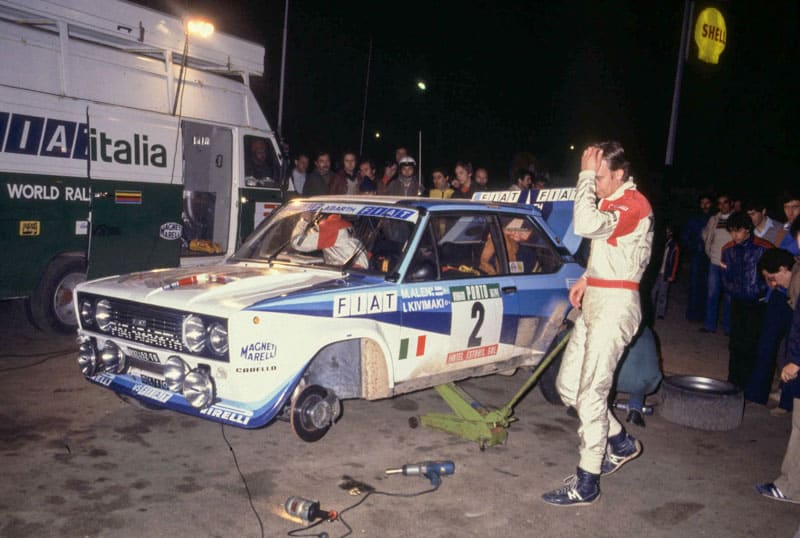 "They told him he only had to drive three kilometres down the road on the transit section to find them, but Markku said no, no, he wanted them to come back to the end of the stage. Unfortunately it meant driving back in the opposite direction to the rally route along a small mountain road, where spectator cars were parked on both sides. "So I was coming around a right hairpin and saw this service car coming towards us with locked wheels. It was a big crash. I realised immediately it was one of our team vehicles. Mama Mia! "It seemed everything on our car was destroyed, the radiator, the whole front, one wheel was standing at an angle. Luckily we had 25 minutes service time on that section so they did a lot to fix the car, but still the camber on one wheel was at a horrible angle, but it proved its own special motivation for me.” And Markku’’s problem? “Luckily it was nothing! It was just something that was loose and making a little noise, but nothing serious. "Before the rally everybody was talking about the Arganil stage where every year there is fog. Generally I was quite lazy about recce, but I told my co-driver, Christian Geistdorfer, maybe we should be prepared for fog. Let’s do some extra runs just to be sure that if it is fog that we really know what is going on! "So we did this stage five times, a lot for me. After five times I reckoned I had 95% of the stage in my head and would not need pacenotes. Any stage I had driven five times I would know very well what is going on." 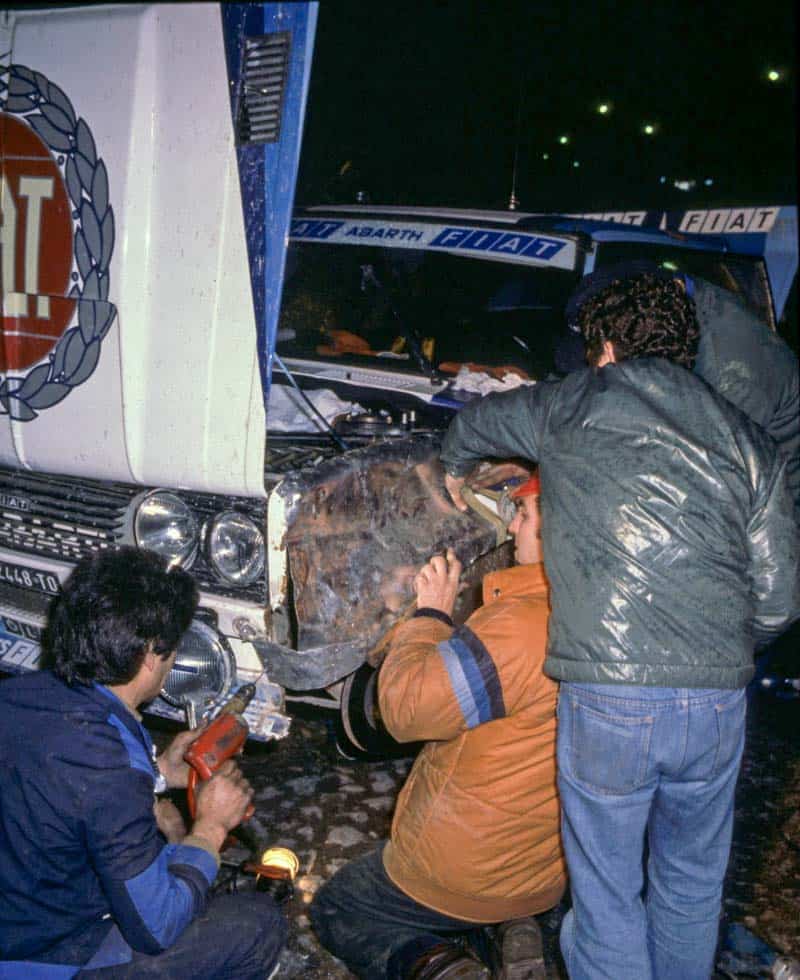 Through the first day and up to midnight Bernard Darniche was leading in the Chardonnet Lancia Stratos, and then his head gasket failed. Alen momentarily took over the lead before Ari Vatanen, in the Rothmans Escort, was ahead and then Rohrl went into the lead. He held the lead through the second day, but only a short way in front of Alen. The lead was too slender for comfort. A puncture could change everything. As the rally headed southwards on the third day, Alen stayed around 2‑3 minutes behind. After the short evening rest halt at Viseu the rally headed off to the Arganil hills, where the fog was waiting for the drivers. For Walter it was important to stamp his authority over Alen, now. “During the rally that service van affair had given me extra motivation. I was still really angry. On the start line of stage 33, the first Arganil stage, I said to Christian: ‘Mr Geistdorfer, fasten your belts, now I will show them what means fast and I am sure everybody else is going to throw away their competition licence'." Rohrl was 3m28s quicker than Bjorn Waldegard, driving the cumbersome Mercedes 450, and 4m40s in front of Alen. “If today I look and see that I was nearly four minutes faster than everyone else it is unbelievable, but I still have no idea it was such a margin. Somebody asked me how I did it, but I didn’t know. "There was not one situation which had been dangerous, it was just perfect. When we started the second loop of stages around Arganil we found we were leading by eight or nine minutes and so I said let’s do it easy. 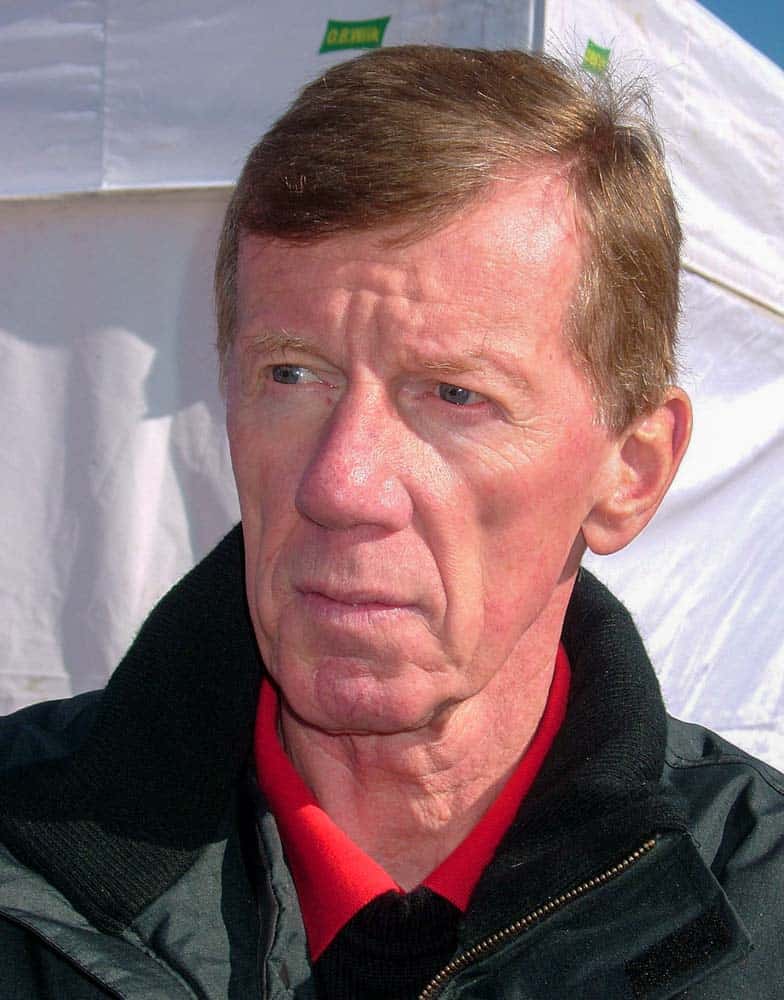 "The fog was initially only half as bad, as the clouds were lifting, for 15 or 20 kilometres it was fog‑free. Markku was running behind me and at one point I saw his lights behind me, and then the fog started again and on the finish line I was again 1m55s faster than him. "And again there was no pressure on me. It was just so easy, I don’t know how fog driving works, I cannot tell you how,” he said. At the end of the event Rohrl won the rally over Alen with a lead of 14 minutes 19 seconds, with Guy Frequelin in a Talbot Sunbeam Lotus third, more than another quarter hour behind, margins unheard of these days. It was the sixth win on this event in seven years for the Italians, and the second of four victories for Rohrl in the season which finished with his gaining his first World title. Different days indeed. 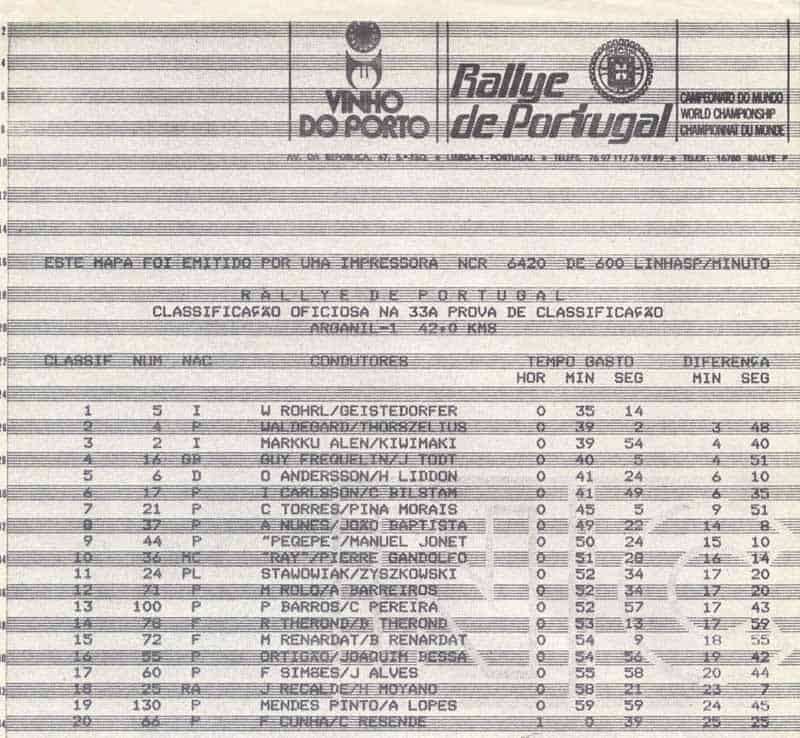 Final results from the 1980 Rally of Portugal. Photo: Martin Holmes