It's 14 years since Peter Brock died after crashing at Daytona Coupe in Targa West.

September 8, 2020 marks 14 years since motor racing great Peter Brock died in an accident on the Targa West tarmac rally in Western Australia. This is how we remembered Brock back in 2006.

So much has been said about Peter Brock since his unfortunate death on September 8 that it seems that there is little more that can be added that is not already public knowledge.

Yet of all that has been said, little mention has been made in the general media about his exploits off the race track, of which there were many.

Peter Brock was no stranger to rallying, having competed in a number of rally events over the years, including the Alpine Rally, a number of Sea Lake desert rallies, multiple Australian Safaris, and probably his most-remembered events, the 1979 Repco, the 1995 Mobil 1 and the 1998 Playstation Round Australia Trials.

In the seventies he was one of the star drivers for the Holden Dealer Team in rallycross events, driving a Torana XU1. His skill behind the wheel and his determination to win, not just at Bathurst or Sandown, Calder or Catalina Park, but in all arenas of motorsport that he contested, were unquestioned. 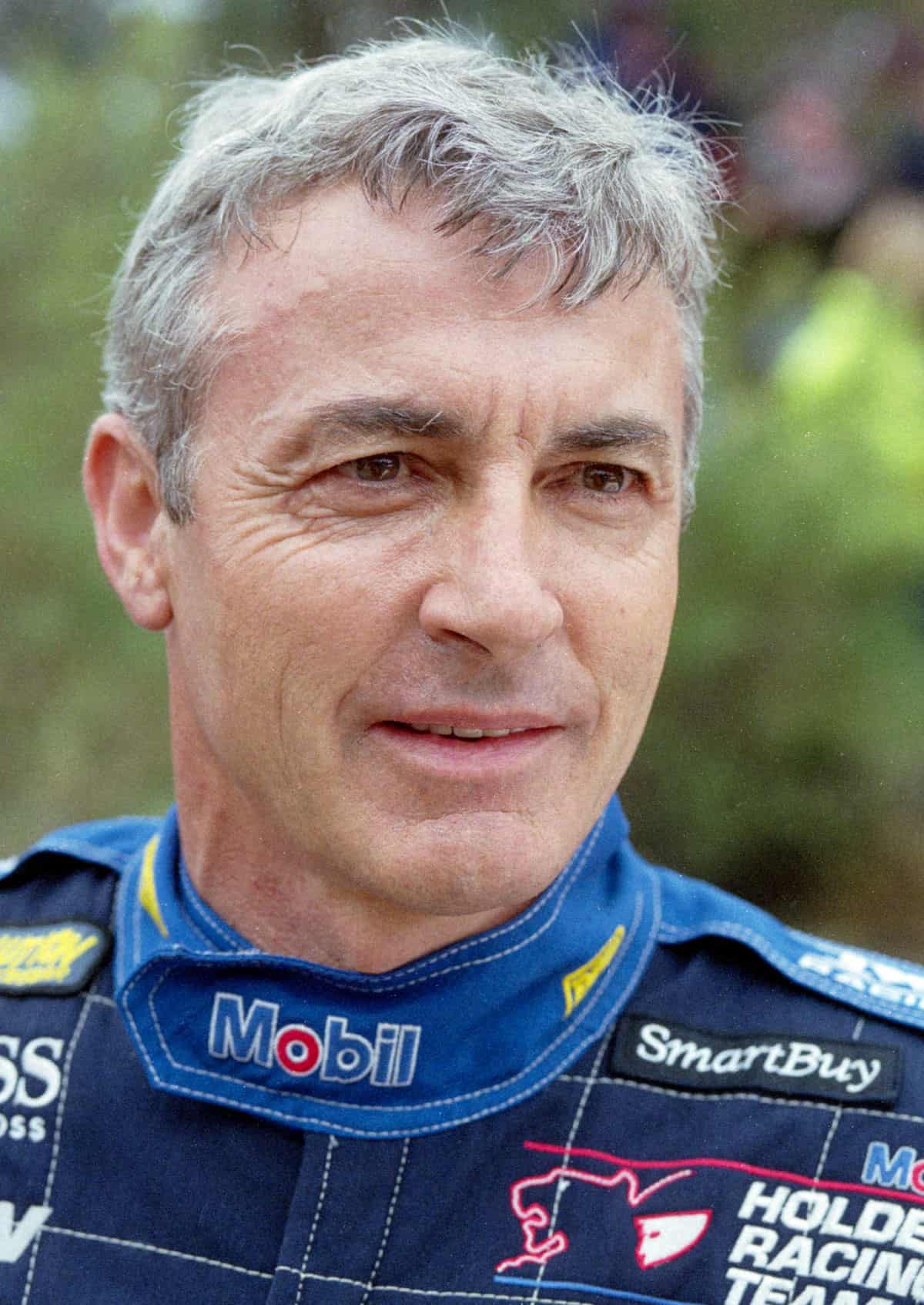 He had exceptional talent and a personality which drew his legion of fans to him through thick and thin.

Over recent weeks it seems that everyone who had ever come into contact with Brock has a story about him, and RallySport Magazine is no different.

I was invited to a media release in Alice Springs just prior to the 1999 Australian Safari and, along with a few other journos, ended up in a restaurant in downtown Alice.

We all ate kangaroo steaks, washed down with a variety of local wines and beers, but Brock, a tea-total vegan, stuck to his salads and herbal tea, so he was in total control of his faculties while others got considerably merrier as the night went on. 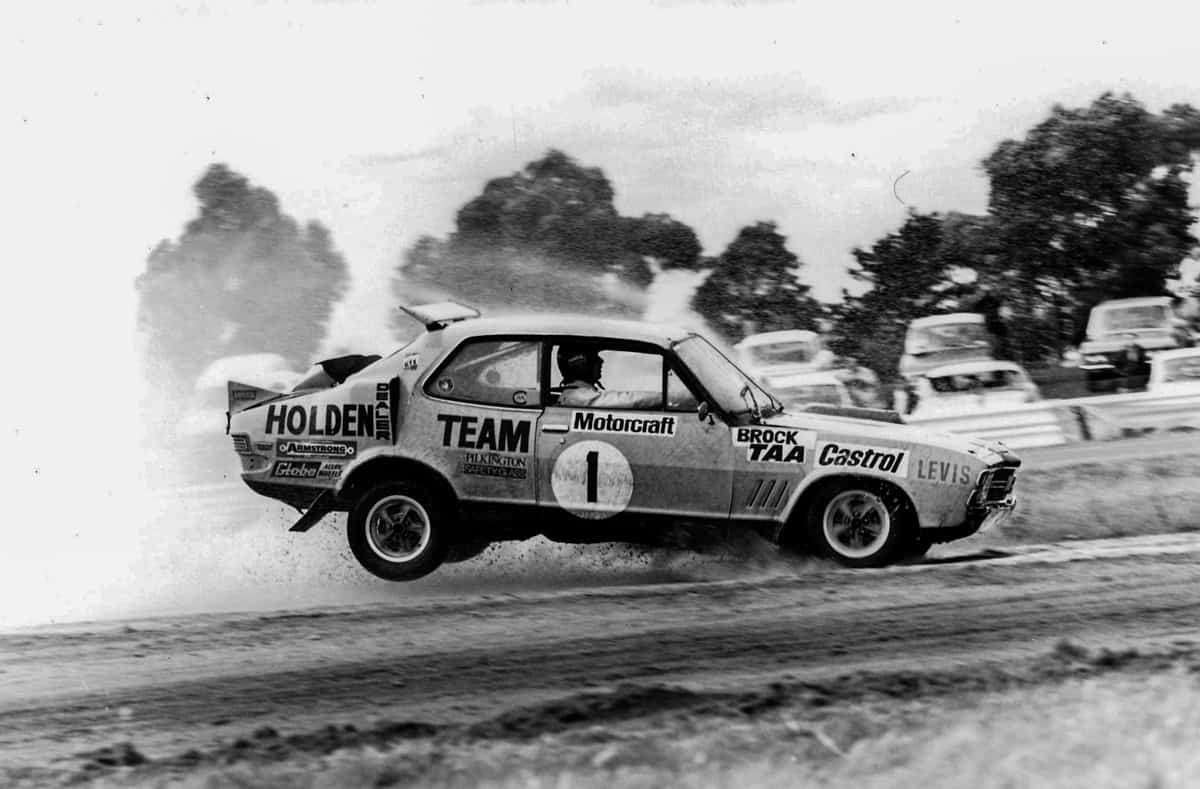 Brock was nearly unbeatable in his Holden Torana XU1 in Victoria’s rallycross series in the 1970s.

Later in the evening, Brock and another Aussie legend, Bruce Garland, ended up straddling the exposed beams high up in the roof, riding the beams just like they were riding a bucking bronco.

Encouraged by management, it seemed that this activity was a ‘must do’ every time the pair were in town. The noise and merriment drifted out into the street, attracting the attention of a local Holden supporter and his wife who were passing on their way home from a night out.

The word had spread that Brock was in town, and the guy burst through the front door in anticipation.

“How long are you going to be here?, the guy asked Brock. “Just about to head off,” Brock replied. “Why?” “I’d just like to get your autograph on my jacket, but I’d have to race home and get it,” the local said. In typical Brock fashion, the answer came back “Not a problem mate, I’ll wait till you get back.”

Brock was that sort of person, signing autographs or mixing with his fans was never any trouble, and he was always available for a genuine chat with those he came in contact with. 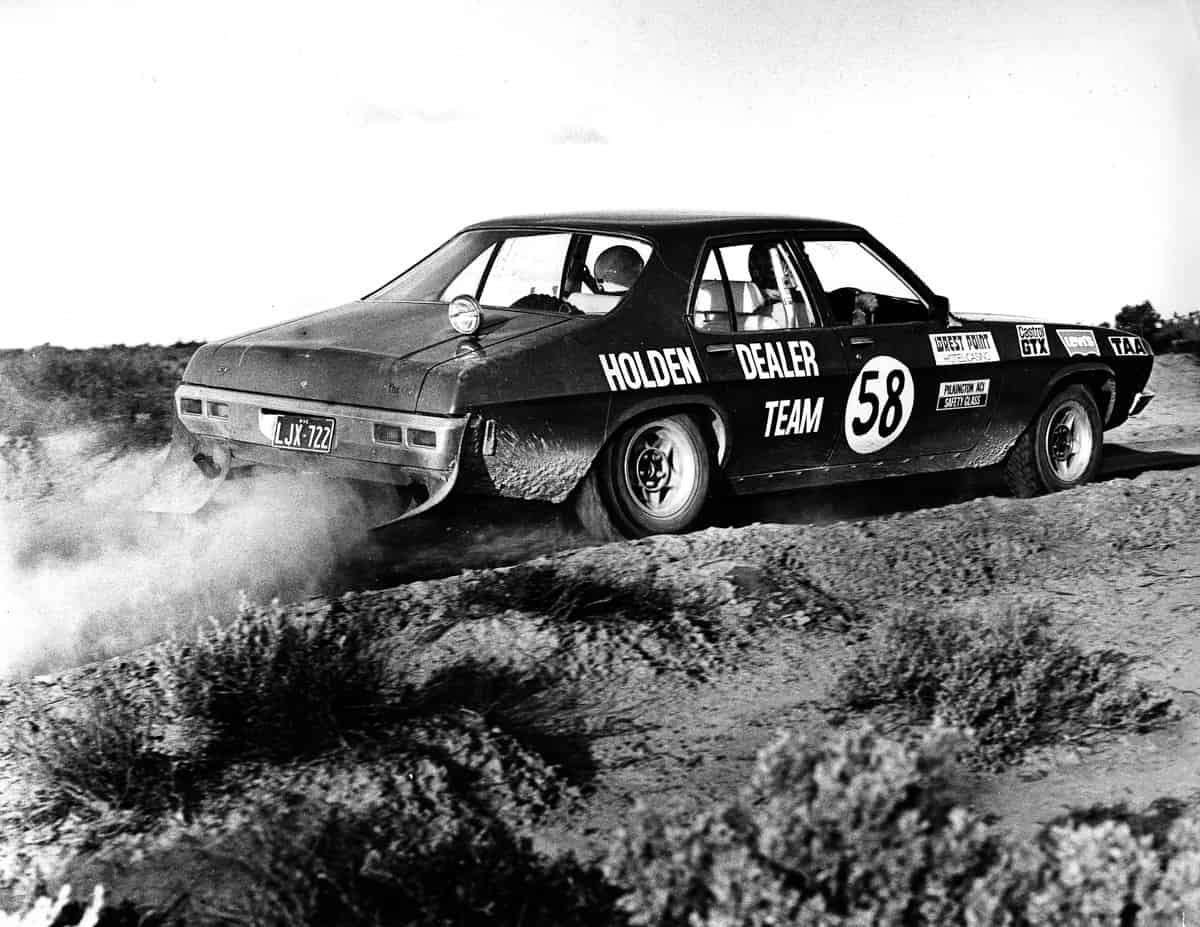 The versatile Brock even contested off-road events, such as the Sea Lake Desert Rally in this HQ Holden.

The trip from the restaurant back to the motel in Brock’s Jackeroo with ten people on board was highly illegal but a huge laugh that no-one who was in The Alice that night will forget.

Of those who were on that media gig, Peter Brock and I were the earliest risers the following day, while others slept their hangovers off in their rooms.

I was fortunate to be invited to have breakfast with him in the motel restaurant, a breakfast date that lasted for over two hours. Our conversation ranged from his motor racing career, his famous 05 campaign, the up-coming Melbourne Olympics and the part he had been invited to play as an ambassador, the problems of disadvantaged youth, and dozens of other subjects not necessarily motorsport related.

Never a Holden or a Brock fan, I came away from that breakfast meeting mightily impressed with his outlook on life and his ‘can do’ attitude. Brock truly was one in a million.

Having retired from circuit racing, he was unable to let go of what was his life’s passion – driving competitively, and if he wasn’t going to spend so much time on the circuits, then he would find other ways to indulge his passion for driving. This, then, lead him to Targa Tasmania, the Mt Buller Sprint, the Lake Mountain Sprint and ultimately, Targa West, the event that took his life. 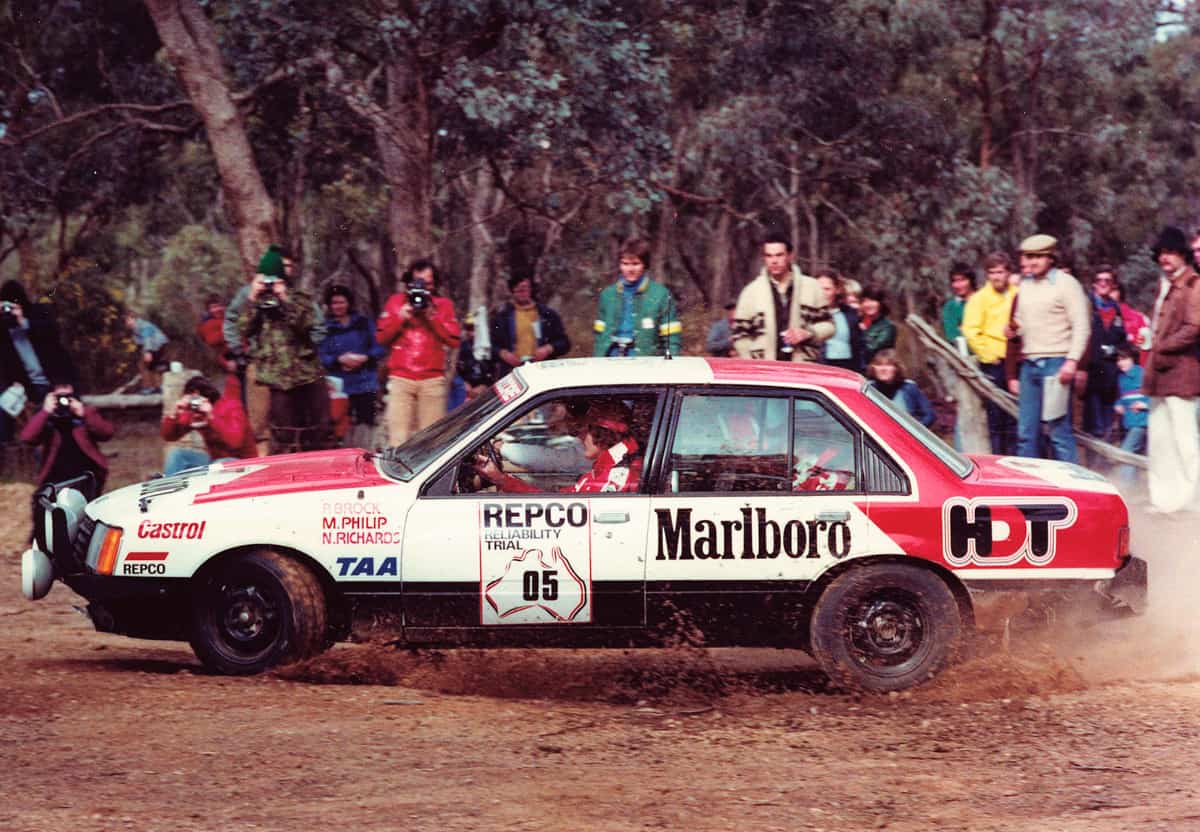 Brock’s crowning glory on dirt was his win in the 1979 Repco Reliability Trial.

These closed road special stage tarmac events may not have been Bathurst (where he took victory nine times) or Le Mans or anywhere else where there was a race track, but they were events that he wanted to do just for the fun of it.

The irony of it all is that Brock was best known for his motor racing exploits, yet he was killed in a rally.

Peter Geoffrey Brock died at age 61 after giving Australia years of motoring excitement and enjoyment in many disciplines of the sport.

If there’s a ray of sunshine in the news of his death, it is that he died doing what he loved. He was often quoted as saying that in life you should bite off more than you can chew, and then chew like hell.

Brock surely put into practice those words in all aspects of his life – there’s something in that mantra for all of us. He will be missed by us all. 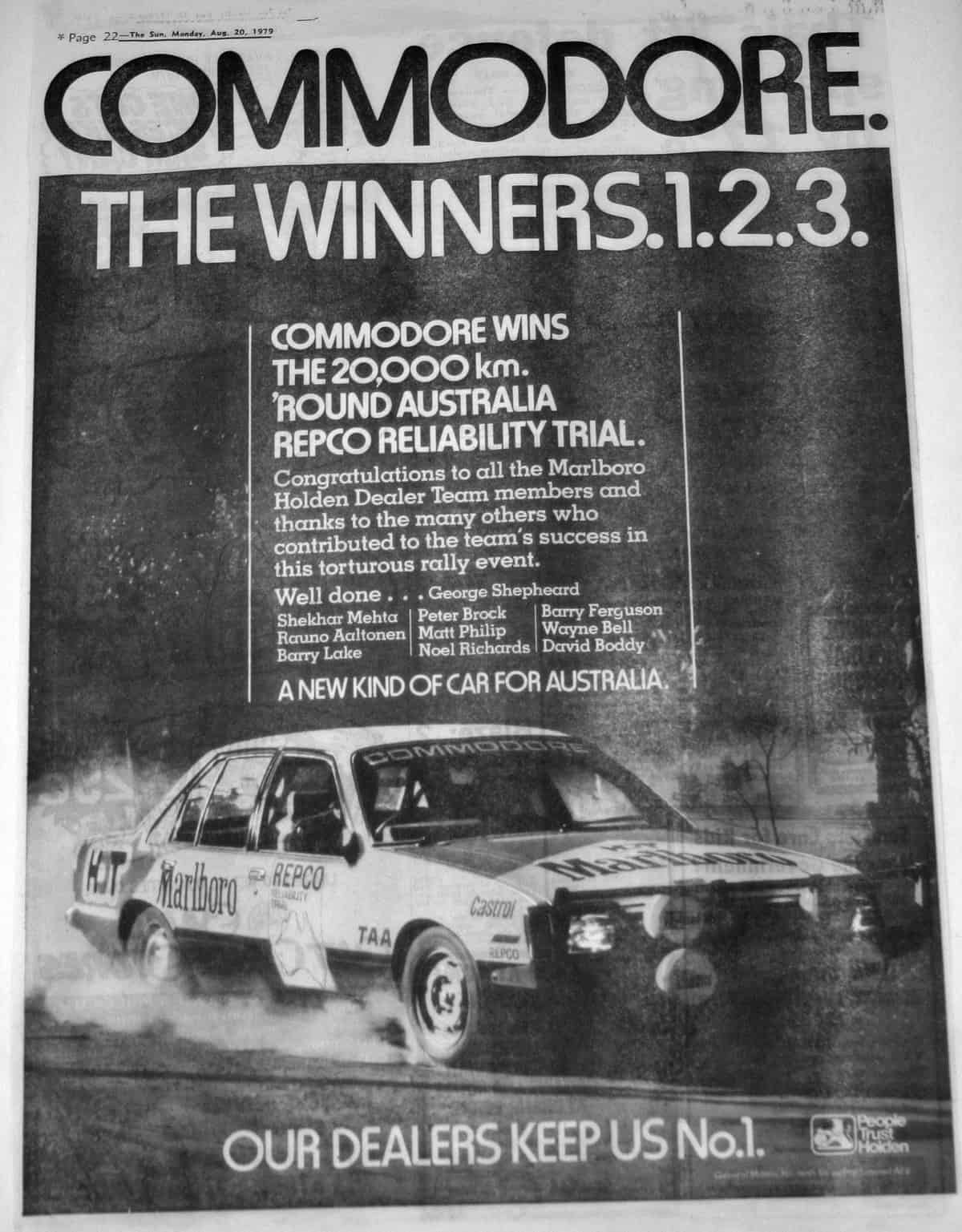