Report: All action at Rally of the Bay

The action from Saturday’s 2019 edition of the MTA NSW Rally Championship, incorporating the Geelong Hino Victorian Rally Championship was another level. It only took 1.5km for the rally to bear its teeth. Any rally around the Batemans Bay area is tough and demanding on cars and crews. There's not to much in the way of room beside any of the roads, and lots of twists, turns and rocks to catch you out if you're just a little off line. Leading the NSW championship was Victorian (stay with me!) Glen Raymond and co driver Kate Catford. In what was a shock to us all, the red Evo 9 that had swept all before it went a little wide and snapped back across the road into a solid Bay tree, ending their event there and then. The crew were okay, but their rally, and possibly their championship, was over. A short delay followed in what would become a pattern throughout the day, as a challenge for the organisers to keep the event running. Stage 3 was the legendary run down River Road, and the ACT’s Tristan Kent, with experienced co-driver Anna Ritson alongside, had what appears to be a communication problem and their rally lead was gone against a bank near the end of the test. "It was going really well, I was doing it easy until I got a late call here," mused Tristan as his car was being moved off the stopped stage. This left Victorian crew Arron Windus and Daniel Brick at the front until the 44km long stage 4. Engine dramas saw them stop near the half way point, and another top 5 team was out. More dramatic was the exit of fancied NSW crew Tom Clarke and Ryan Preston, who added to their trying year with a crash also. Oil on the pedals eventually caught Tom out, and a deposit to the bank was made. Fortunately another crew were okay after a big hit. 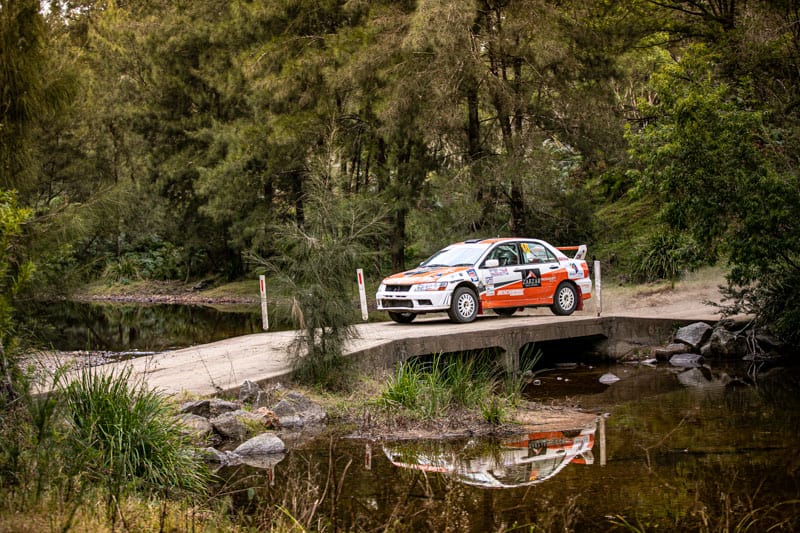 Pushing hard in this stage after a misfire took some time out of them on stage 1 was Richard Shimmon and Jim Gleeson, their older Evo 7 back to full health after that slow start. "‘I keep a bag of stuff in the back of the car, just in case. I thought it was plugs, but it was the coil. I had one in my bag so I changed it before stage 2 and it was fixed," Shimmon explained. Shimmo thought he could do well in the long stage. "I love the long stages mate, four 45km stages would suit me, I get into a rhythm, it’s so much fun." This saw the championship contenders finish the event second outright and with full points for the NSW Championship. Full points for Shimmon and Gleeson was because of the Ford Fiesta Proto of Shamrock Motorsport’s Richie Dalton and Dale Moscatt taking the win, after what was finally, for them, a relatively uneventful day. 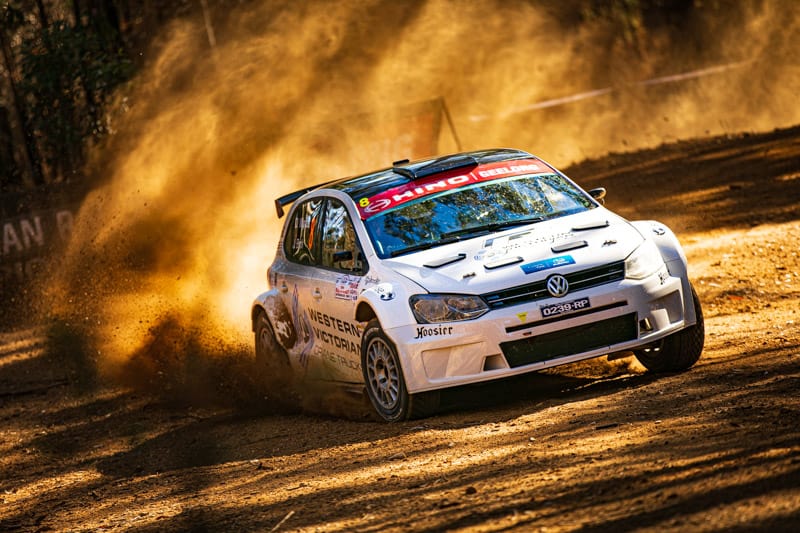 After winning the event in a Skoda Fabia R5 last year, it was a very happy Richie who took his first win in his Fiesta at the Bay. With Dalton unable to take state points on the event, it didn’t dampen the team’s enthusiasm for the first win in this car. Third was a great result for the ageing Evo 3 of Gavin Crocker, who had local Brad Fitzgerald in the silly seat. Better known for his own exploits in Evos, the pair kept it tidy and fast on roads they both know very well to take an excellent bag of points. In other results, Tony Sullens and Kaylee Newell showed once again that 2WD doesn’t have to be a disadvantage, a shocked Sullens surprised to have taken an excellent fourth and third NSW points. "We were in it all day," remarked Kaylee later, in one of the weekend’s largest understatements!

First Victorian crew home was another Windus, Arron's father Darren having a blast in the great sounding Polo, with Joe Brick on the notes. Darren looked like he was having a lot of fun and made it home in fifth. Mick Patton and Bernie Webb (Evo X) managed to stay ahead of the still learning Luke Anear and Steve Glenney in the spectacular Fiesta R5. 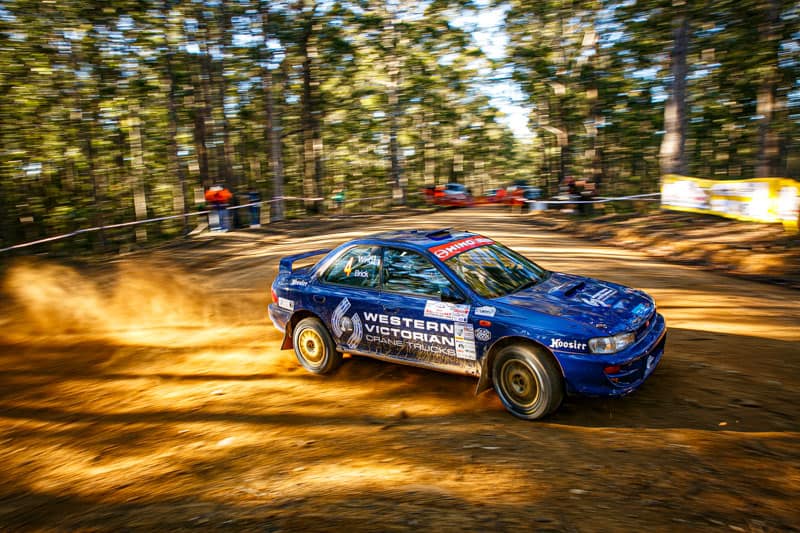 Eighth went to Andrew Penny and Rhys Llewellyn in an Impreza, ninth to the ex-NSW state championship-winning Evo 2 of Tim and Peter Joass, and 10th to Victorian Ian Plenderleith and Kirra Penny in their Kermit the Frog coloured Impreza, not far behind the Joass crew. The next round of the MTA NSW Rally Championship is the Bonalbo Rally in three weeks. A quick turnaround may defeat a few crews this time around. Check out the details at www.nswrally.com, plus videos to follow from the Bay over the next few days.
VIP Exclusive Content
Get full, exclusive access for only $6.55/month.
Subscribe Now
Already have an account? Sign in