Round 3 of the 2019 Buckby Subaru Challenge was again run in conjunction with Round 4 of the Australian Rally Championship: Subaru Rally Tasmania.

Based out of Launceston, competitors were greeted to a 5000 strong crowd who braved the chilly weather for the ceremonial start and Super Special Stage around the Inveresk Precinct.

10 Subaru Impreza RSs completed the 800m Super Special Stage. Once again it was the crew of Nic Grave/Craig Sheahen that took the honours 1.7 seconds clear of Elliot Ritchie/Doug Austin, with Bill Fulton/Jase Milner a further 1.4 seconds back.

The event proper started Saturday morning and the roads behind Mt Barrow were covered in a thick dusting of ice.

Grave, in his first outing since 2018, assumed the lead, taking the first four stages over Ben Newman/Adam Kudra and newcomers Danny Traverso/Andy Sarandis creating a 46.1 second buffer over Newman going into the midday service. 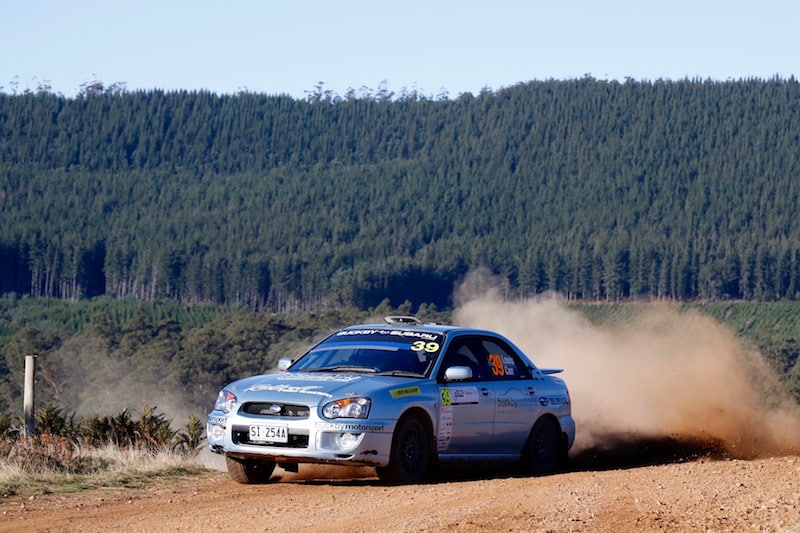 The afternoon stages were a repeat of the morning loop, with the top three places remaining unchanged.

Set up changes to Newman’s car at the service seemed to work taking three of the five afternoon stages.

The battle behind them was just exciting with the crews of Ritchie/Austin, Crichton Lewis/Anthony Carr, Troy Johnson/Aaron Saunders and debutant Johnno Davidson/Steve Norris all trading stage times and having a turn as best of the rest for the afternoon stages.

By the end of the day, Grave had carved out a 1 minute 12 second gap to Newman with a further 59.8 second gap back to Traverso.

Rounding out the top 10 were Fulton/Milner, the new crew of Adam Butler/Gary Mourant, this being Butler's first experience driving on gravel and lastly Nathan Stokes/Travis Dean with Stokes making a return in a new vehicle after his was destroyed at this event last year.

Heat 2 was again a frosty affair with temperatures still in the negatives at the morning service. Sunday's stages moved North to the Retreat Forest and again Grave came out firing the first shot taking the first stage by a slender 4.4 seconds from Newman.

Newman fought back to claim the next two and in doing so had built a 27.1 second margin over Grave going into the midday service. 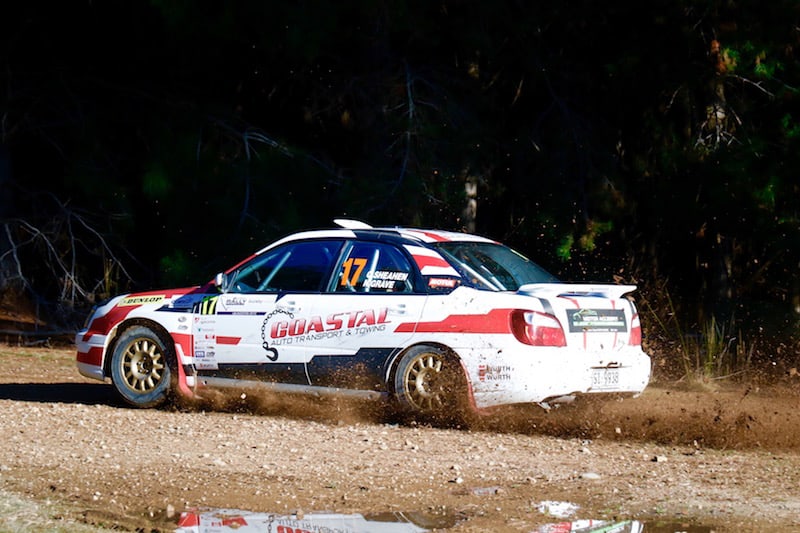 Nic Grave took the honours in heat one, and also finished a fine third in the Tasmanian Rally Championship. Photo: Luke Whitten

Davidson was extremely unlucky to destroy two tyres on the opening stages eventually having to retire. With just a repeat of the morning 3 stages to run and confidence levels running high, Grave attacked and took back 5.3 seconds, but it was on the North Retreat stage where his campaign came to an end, striking a rock and damaging his front suspension.

He was able to limp to the end but was forced to retire with the damage to great to continue. Ritchie too sustained damage but was able to recover and finish the event.

The final results were in and it was the crew of Newman/Kudra taking the heat win and overall win from Traverso/Sarandis in 2nd and an impressive drive from Lewis/Carr taking out 3rd a Buckby Motorsport trifecta. 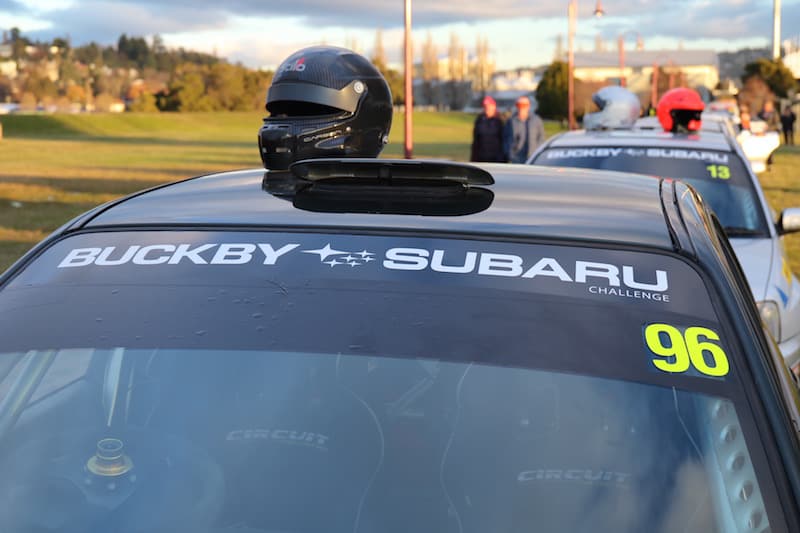 Newman not only stood tall on the Buckby Subaru Challenge podium but was 3rd overall in the Tasmanian Rally Championship, only beaten by two turbocharged four-wheel drives an impressive feat and a testament to the strength and ability of the All-Wheel Drive Subaru product.

The Buckby Subaru Challenge is a one-make series based on the 2001-2005 Subaru Impreza RS 2.5i. Developed and backed by a Buckby Subaru in Launceston.

It is a perfect entry-level vehicle for those considering the world of Gravel Rallying. The rules enable safe, cost-effective racing on an even platform. A ready to rally car can be purchased for under $20,000 with parts easily accessible and affordable.