Ott Tank scored his first victory for Toyota at Rally Argentina, being easily the fastest driver on the event, leading from stage five to the finish, despite having to overcome steering and damper problems on the way. Championship leader Sebastien Ogier drove a measured event to finish fourth behind the much improved Hyundais of Thierry Neuville and Dani Sordo. Citroen had a disappointing event when Kris Meeke lost ground after a puncture to come seventh, while Craig Breen rolled. After five rounds Ogier still leads the Drivers’ series, now 10 points in front of Neuville, while Hyundai are now 15 points ahead of M-Sport. There was dramatic inter-team rivalry between the Skoda WRC2 drivers when Kalle Rovanpera passed Pontus Tidemand early on Day 2, only to crash on the penultimate stage. 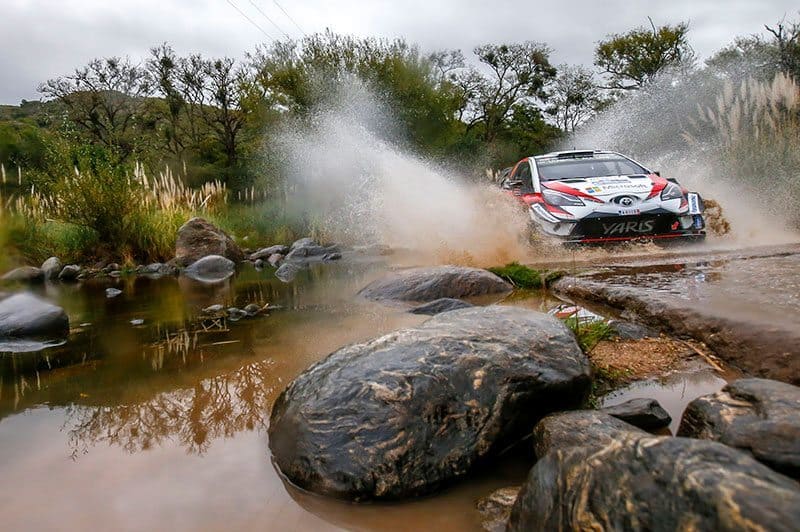 Ott Tanak was in a class of his own in Argentina.

The reigning World Champion, Ogier, was unusually subdued in Argentina. He had his moments of good luck when running at the head of the field (he was quickest on a gravelly second stage when rivals slowed when driving in his dust which stayed hanging in the air, the only best time for a Ford all rally), and ended his road-opening duties lying in fifth place. From Saturday onwards the running order was reversed as usual and his rivals waited for the legendary Ogier magic to kick in, but on this event it didn’t. Some of this was weather related, with fast changing fog levels on two critical high altitude Saturday morning stages fog bound. Otherwise there was required caution because of the constant risk of punctures. By Saturday evening he had only moved up to fourth, and that was by default when Kris Meeke lost time changing a flat tyre. 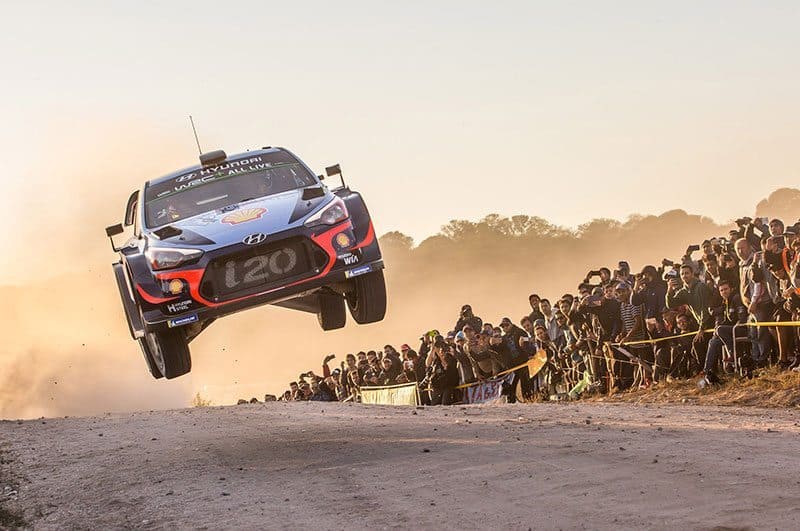 Thierry Neuville's championship hopes are still in tact after a second place finish.

M-Sport were having a difficult time. Number two M-Sport driver, Elfyn Evans, had high hopes of repeating his 2017 performance (when he very nearly won) when he had been driving with DMack tyres. Now, on Michelin, tyres he was on the same equipment as all the other top team drivers. “The car felt fine, but the speed wasn’t there,” he said. Third driver Teemu Suninen was new to World Rally Car performance in these conditions and trailed at the back of the leader board. Disappointingly there was no emergence of Ogier at the top of the result sheets, but he was the first to acknowledge that Tanak was in a league of his own this rally. Toyota had instructed their driver to push hard, music to the ears of Jari-Matti Latvala, who had made a grand attack on the third stage. Split times showed he had passed both the leader Mikkelsen (before he went off and punctured) and Ogier on that stage and was leading overall. Then suddenly it was all over for Latvala. The front suspension collapsed and before the car could stop, irreparable damage was done to the engine’s lubrication system. 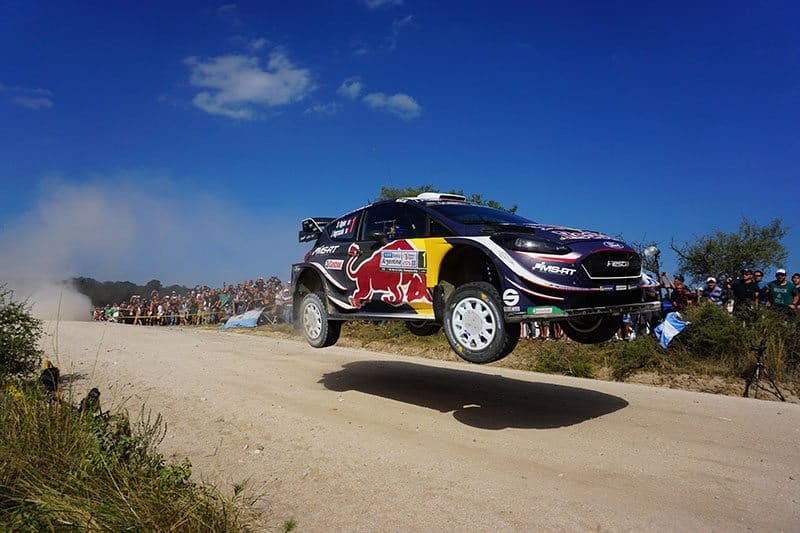 Fourth place for Sebastien Ogier on the only WRC event he is yet to win.

Esapekka Lappi was on his first appearance on this event, finishing a frustrating eighth after suffering punctures on both Friday and Sunday, each time with no idea when or how they occurred. He also had an off-road excursion after his co-driver missed a line in the pacenotes on Saturday. Tanak, meanwhile, had an uncertain start when he punctured and spun off the road. That moment caused the damage which meant he had to drive two stages with the steering column damaged. He wasn’t fazed, in fact he was completely relaxed, even smiling! After their lacklustre performance in Corsica, Hyundai came to Argentine with uprated engines. There was a new spirit in the team, but whether that was engine related or not was not known. This time Dani Sordo was driving the third car. Once again Neuville drove his heart out, passing Meeke in the Saturday fog and lying second from then on. Sordo was getting more confident, scoring best time on the 41km stage on Saturday afternoon. All three Hyundais finished in the top five places. 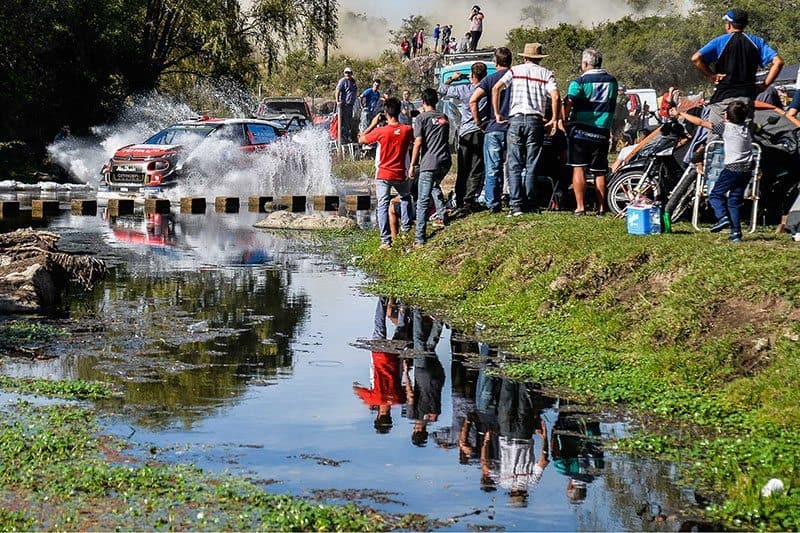 It was a disappointing event for the factory Citroen team in Argentina.

The long faces, however, were found with Citroen Racing. Kris Meeke spent Friday afternoon behind Tanak, but then on Saturday morning he resolutely maintained his rhythm in the fog, which was when the hard charging Neuville passed him. On the final stage that day he went over a stone and had to stop and change the punctured tyre. The positive side was that the team had fitted a revised rear axle configuration which was aimed at making the car less sensitive to varying surfaces. Many of the old complaints about uncertain handling were not heard this time. Craig Breen was happy to be back again with the team after two rallies standing aside for Sebastien Loeb. By Saturday morning he was up to sixth, but it went wrong in the fog and he rolled. The roll cage was damaged and he couldn't continue. 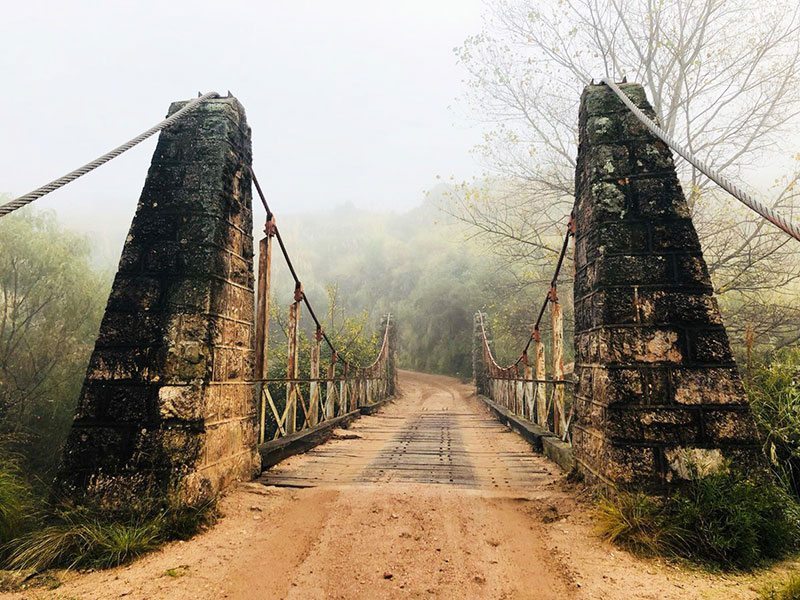 One of the famous bridges on Rally Argentina's El Condor stage.

There were Skoda WRC2 registered championship entries for Pontus Tidemand and Kalle Rovanpera, as well as a private, non-championship entry for Ole Christian Veiby, and an entry for five times FIA Codasur champion Gustava Saba from Paraguay. M-Sport ran cars for Gus Greensmith and prize drive winner Nil Solans. There was a Hyundai R5 for twice Codasur champion Diego Dominguez. There was carnage among many South American drivers. Both the Fiesta R5 driving Heller brothers from Chile rolled, and the Bolivian Marco Balucia crashed heavily in Tanti village. Solans had a troubled event, but Greensmith impressively rose up to second. 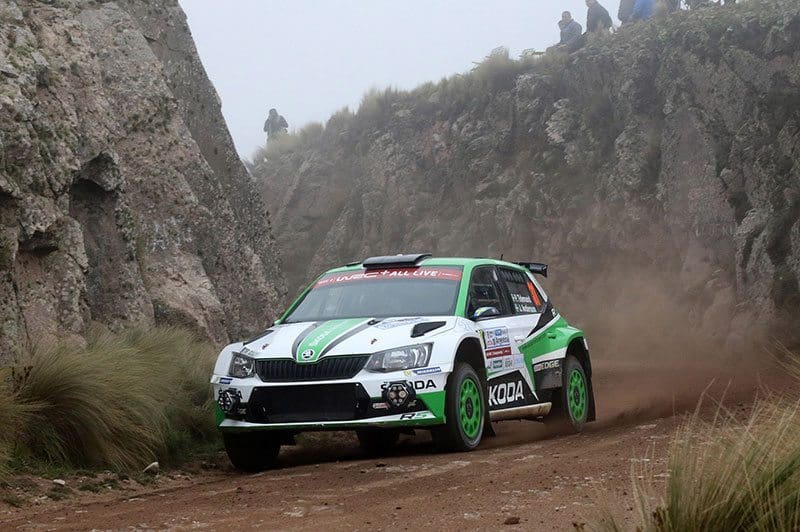 The Skoda teammates were far ahead when the 17-year old Rovenpera cheekily got ahead of Tidemand, before crashing heavily into a parked spectator car, leaving Tidemand unopposed. In addition to the WRC part of the event, the rally counted for two other categories, the FIA Codasur regional championship and the Copa ACA national series. The end of the second day saw the end of the Codasur category (won by the Skodas of Saba and Cancio ahead of Dominguez’ Hyundai), and the national Copa ACA won by former tennis star David Nalbandian’s Chevrolet Onix turbo MR. Final Overall Classification – Rally Argentina 2018 FIA World Rally Championship for Drivers’ Standings After round 5 2018 FIA World Rally Championship for Manufacturers’ Standings After round 5 All results remain subject to official FIA confirmation. It's 15 years since rally legend Possum Bourne tragically passed away. Read our tribute to Possum HERE.
VIP Exclusive Content
Get full, exclusive access for only $6.55/month.
Subscribe Now
Already have an account? Sign in