Finnish driver Timo Makinen was one of rallying’s super-heroes of the ‘sixties. He was one of the new breed of Scandinavians with new impressive driving styles – and results with it. In his day he was widely regarded as the fastest rally driver in the sport. From 1960 to 1964 privateer Mini driver, Paul Easter, was a British rally driver who competed on major European events. His reliable performances impressed the BMC team enough for him to be asked to drive one of the team’s service vehicles on the legendary Spa-Sofia-Liege in 1964. Later that year Don Barrow, who had been co-driving that season with Timo, fell ill and at the last moment Paul was invited to go to the Tour de France Automobile as co-driver for Timo Makinen in a Cooper S. Easter had already shared adventures on European events with Makinen, he knew what he was letting himself in for with this firebrand driver. They had survived a riotous evening in Yugoslavia after they had both retired in the Spa-Sofia-Liege. “There was a hell of a party. We eventually lost Timo in the back streets in Pec,” he remembers. 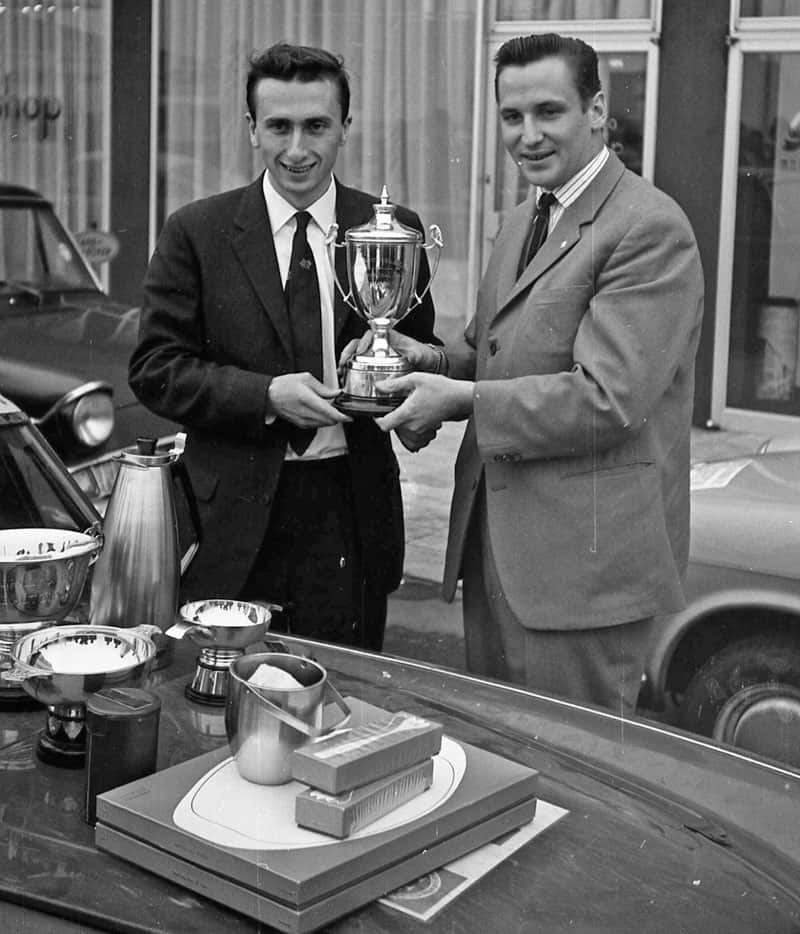 The Tour de France was an event without challenging co-driving duties. “That was my first experience of rallying on the other side of the motor car. I simply had to read the road book. There was no recceing to be done, I turned up at the start and that was it.” When BMC planned their team line-ups for 1965, Makinen asked if he could go with Easter. The first time Easter competed as a conventional rally co-driver was Monte Carlo in 1965, when they won! So began a partnership that continued until BMC rally activities stopped in mid-1968. Timo enjoyed sleeping on the Concentration sections on the Monte Carlo Rally when he normally preferred to sit in the passenger seat when the conditions allowed. Easter says in 1965 he had driven most of the way from Stockholm till they got to Gerardmer, in France, where it was snowing. Immediately Timo sprang into life and exclaimed ‘I drive!’ Makinen then drove all the way to Monte Carlo. 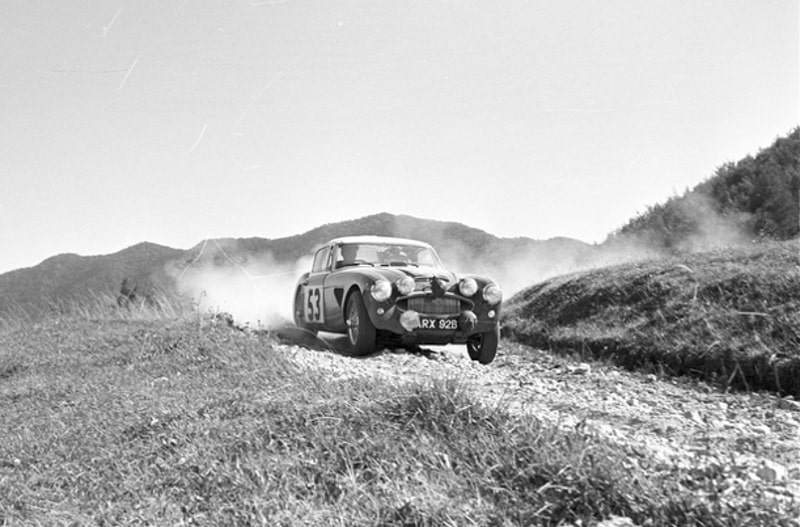 Easter: “We didn't have any mishap, he didn't go wrong anywhere on that event. On the rally he didn't have any spins or moments when I thought he might be out of control. "At the start of the final night we were still around 11 minutes ahead of Bianchi's Citroen.” They knew they had time in hand and the others were falling by the wayside. So they twice dropped two minutes changing tyres, making sure they had new tyres at every service point. In the ‘sixties the BMC team faced the sort of challenges never faced these days. The regulations for the '66 Monte Carlo Rally favoured Group 1 cars, which meant the usual reclining seats were banned. Makinen and Easter started that year from Lisbon so BMC took out the passenger seat, stood it upside down behind the driver's seat, and then fitted a folding plywood board that went from the footwell of the Mini right up the back, and lined it with thick foam. 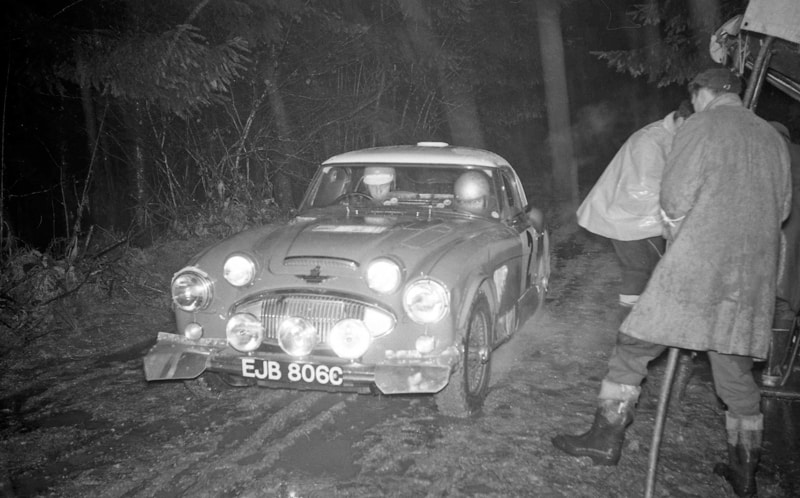 A wet night in Wales on the 1965 RAC Rally for Makinen and Easter. Photo: Martin Holmes

Timo slept on that from Lisbon until Avignon, surviving on miniature bottles of Port and tins of sardines stowed in the car. Life in a top team was a revelation to Easter. Before the ’65 Monte it was decided that Easter, Makinen and fellow BMC team co-driver, Henry Liddon, would drive down south with three Minis: a 970S, a 1275S and a highly modified Group 3 car. They were to check times over some of the stages, driving them blind without any pacenotes, on the Turini and some other roads, checking which model of car would be the most competitive under the regulations. Then as soon as the full route for each rally they tackled was published, Easter would go out with Liddon again to make navigation notes. Easter: “I would drive and Henry would make the notes. Basic stuff, ‘turn left in front of church, fork right at green door’ or whatever.” On the Coupe des Alpes, most of the competitive route were selective sections, each with a scheduled target time allowance. Any selective Easter could not himself cover driving blind within the specified time on the recce, the team would then take the Finns to look at. 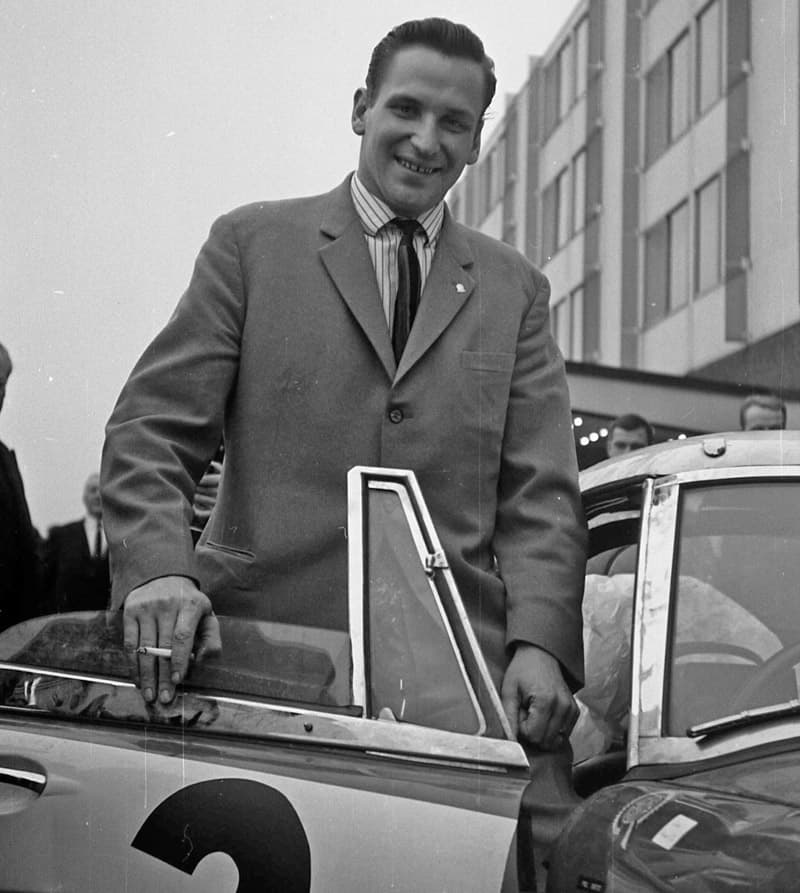 Timo Makinen was second on the 1965 RAC Rally in an Austin Healey. Photo: Martin Holmes

This saved a lot of practice time. Their notes were then supplied for use by the whole of the team and any of the BMC privateer drivers. At the time Easter agreed with the opinion that Makinen was the quickest rally driver in the world. In his early days Makinen would not use the intercom because he said it made his eyes wobble! But his co-drivers said he did not really take much notice of the notes anyway. His notes were not detailed, they were there only to jog his memory. Where there was a straight between bends Makinen would say 'Oh call it 500! Rauno Aaltonen, with whom Easter later competed regularly, would give the exact distance. That’s why Makinen was so good on secret stage rallies. With a little bit of luck he should have won about six RACs, not three. When he was on unseen roads he was in a league of his own. Easter found it difficult to manage his driver. “He wouldn't slow down. You could say, Timo, we're leading by 20 minutes, take it easy." He’d say: ‘If I slow down I will go off, I must concentrate’.” Once that was exactly what happened. It was a dead easy selective (a tight road section) on the '68 Tulip Rally. They were touring along and talking between themselves, and Timo just drove down the bank and into a field, because they were not hurrying. Had he not done that, on the stage times they would have beaten Roger Clark by one second and won the rally! They abandoned the car and walked back down to the start of the stage. 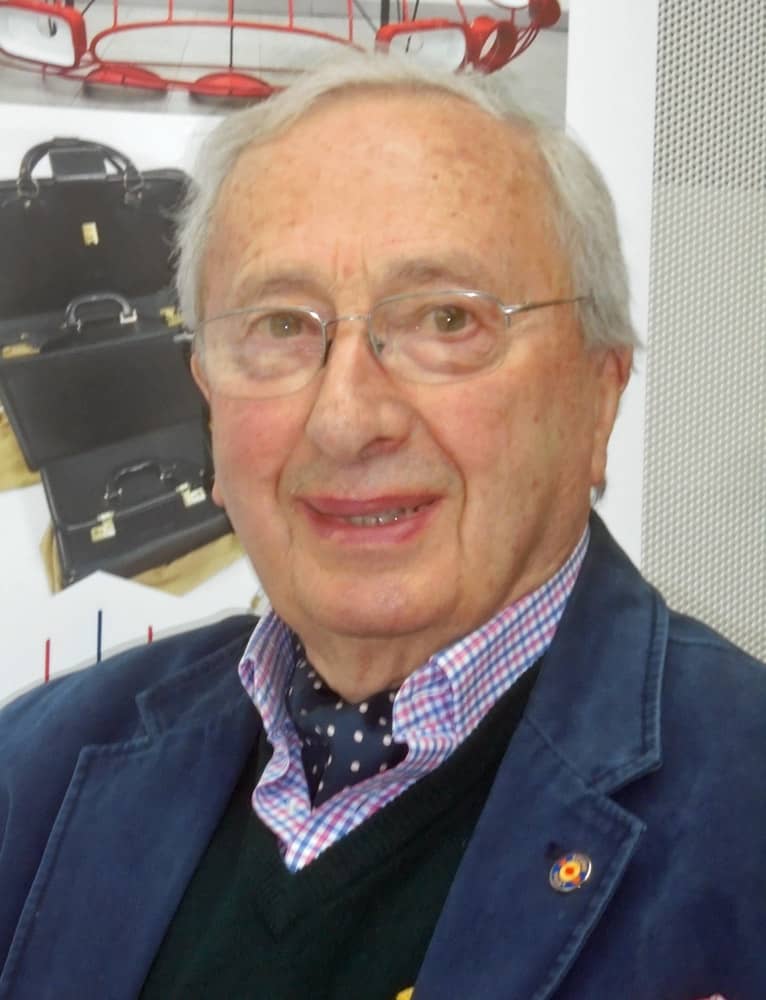 By the time they returned to the car there were so many people there. The rally plates had been stolen by the spectators who had carried the car back on to the road. Makinen and Easter set off again, went absolutely flat out for about three hours, to the next control, where they scraped in with about a minute to spare. They still finished the Tulip, but finished last. Did Timo’s driving ever frighten Easter? “No. You knew that it didn't matter at what angle the car was travelling, he was never going to lose it. In the rally car I couldn't fault him. He was absolutely confident. "It was his social life in the bars and the nightlife, of course, that was the problem. He didn't like getting up in the mornings and used to complain when people tipped water over him to get him out of bed. "Life was never dull with Timo.”
VIP Exclusive Content
Get full, exclusive access for only $6.55/month.
Subscribe Now
Already have an account? Sign in