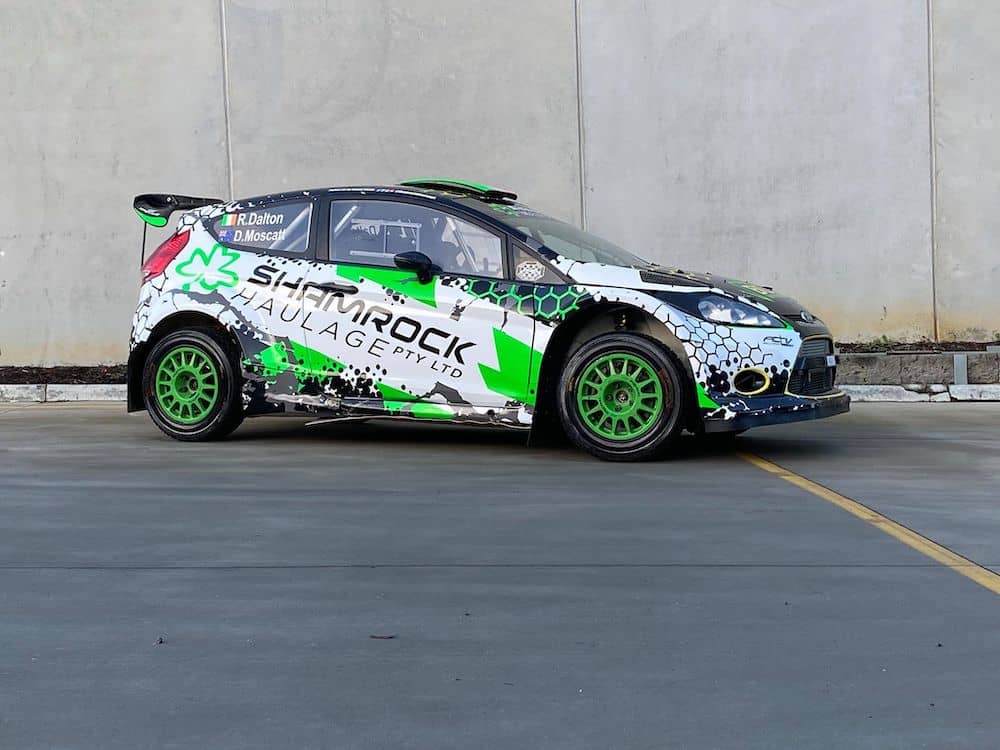 Richie Dalton is shooting for a hat-trick of victories in Batemans Bay.

Shamrock Motorsport driver, Richie Dalton, will be chasing a hat-trick of Rally of the Bay victories when the rally season gets underway this weekend.

Dalton and co-driver, Dale Moscatt, have won the Batemans Bay-based rally for the past two years, but their quest for a third straight win won’t be easy.

Australian rallying’s first event back since the COVID-19 pandemic has attracted a high quality field of nearly 90 competitors, headed by a two-car team from Toyota Australia, with Australian Rally Champion Harry Bates leading the way.

Dalton is in a confident mood, although he’s realistic that he and his Ford Fiesta Proto will have to do everything right to challenge the big-budget assault from Toyota.

“Firstly, it’s great to have rallying back, and the organisers of the Rally of the Bay have done an incredible job to get the rally up and running,” Dalton said.

“The Batemans Bay region has had it tough over the last six months – first with bushfires and now with Coronavirus – so we’re all looking forward to visiting the region and helping to support local businesses.

“We’re coming for a purpose though, and that’s to try and win the rally for a third time, which will be tough against such strong competition.

“We’ve done our preparation though, and after a test session in the car on Thursday we’ll be ready to give it our best shot.” 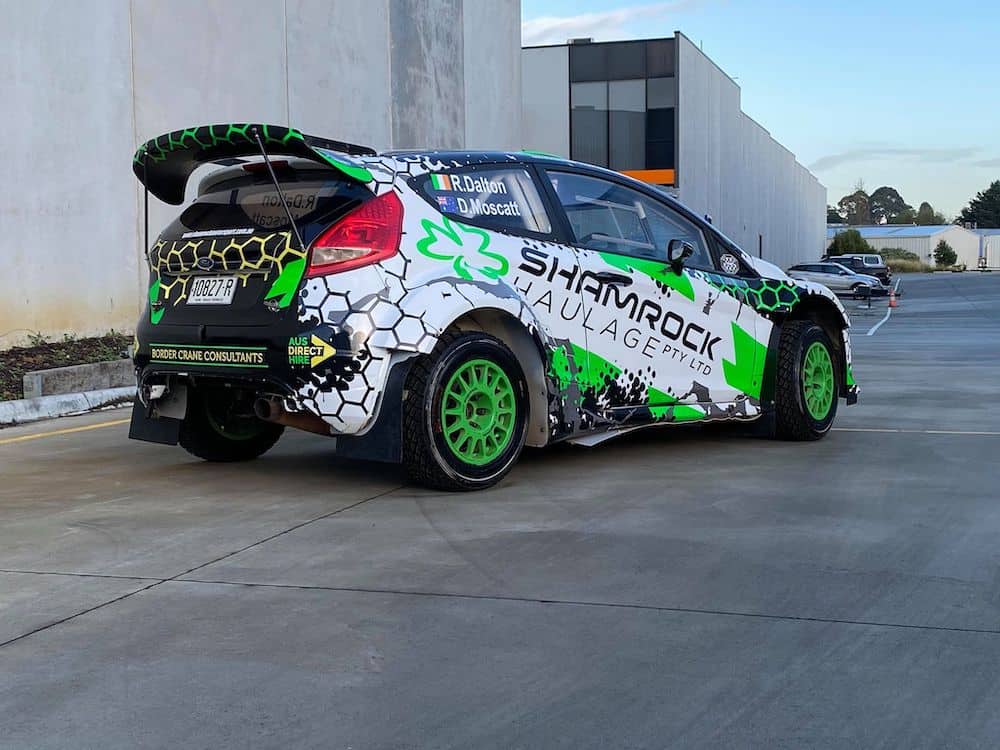 Dalton hasn’t driven the Fiesta since a pre-COVID test day in Victoria way back in February, so Thursday’s test will be important to get back into the groove of driving at speed.

He’s the number two seed at the event, although he’ll carry the coveted #1 on the side of his Fiesta.

“I’m delighted to have been able to keep #1 on the door, despite the Australian Rally Champion being in the field,” Dalton added.

“I feel like we have earned the right to have it for the event, and it’s proved to be good luck in the past, so hopefully that’s a good omen.”

The seven-stage, 140km Rally of the Bay is the first round of the 2020 NSW Rally Championship and is expected to be held in dry and dusty conditions on Saturday.

The Shamrock Motorsport Ford Fiesta will be sporting a brand new ‘Irish’ themed livery for the Rally of the Bay, which has already won plaudits from rally fans after its release last weekend.

“Hopefully the crew perform as well as the car looks,” Dalton added.

“The Rally of the Bay is an event that both Dale and I really enjoy, and we can’t wait to hit the stages on Saturday morning.

Live results for the Rally of the Bay will be available via www.chrissport.co.nz