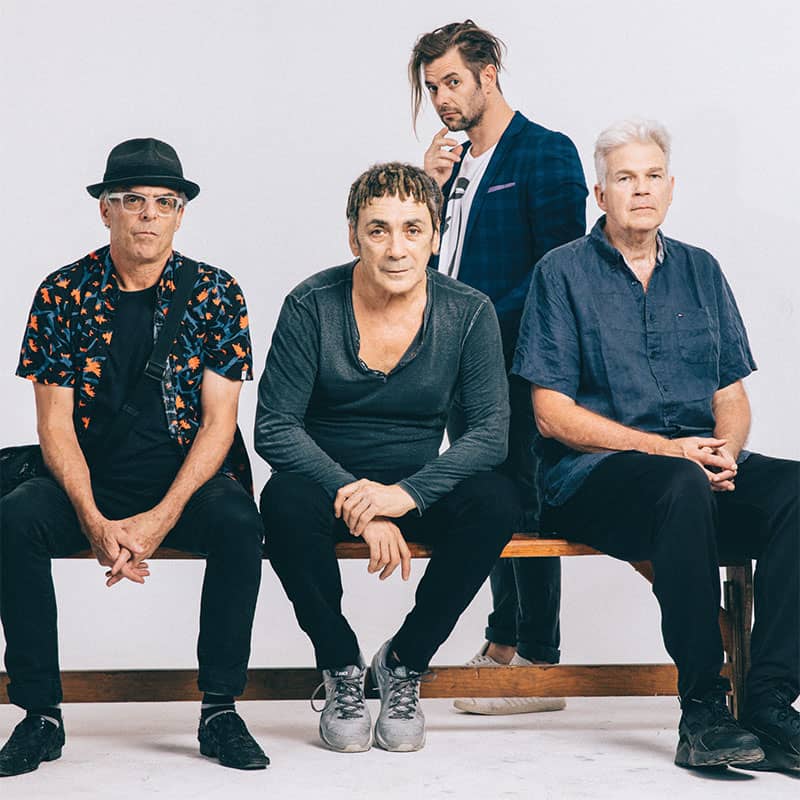 Ticket-holders at Kennards Hire Rally Australia in November will enjoy an exclusive free concert by legendary rock band Dragon plus an extra day of competition featuring an exciting new harbourside stage – and the growing chance of witnessing another fight to the wire for the FIA World Rally Championship (WRC).

Tickets for the 14-17 November WRC season finale on the New South Wales Coffs Coast are on sale from today at Ticketek.com, priced from $45 for an adult single-day pass to $119 for four days.

Holders of the four-day “Ultimate Get Me Everywhere” ticket will get exclusive free entry when ARIA Hall of Fame inductees Dragon play the Pedders Rally Central competitors’ service park in Coffs Harbour on Saturday night.

Against the backdrop of one of Australia’s favourite rock acts, the world’s fastest rally drivers and cars simultaneously will be preparing in the service park for one last day that could decide the championship in the State forests north of the holiday city.

There’s an increasing chance Ott Tänak, Sébastien Ogier and Thierry Neuville will arrive for the 27thAustralian WRC event locked in a battle for the drivers’ crown, as they did last year.

Ogier won through last November for his sixth-straight title and on the Coffs Coast roads cemented his status as one of the sport’s greatest-ever drivers; but this year, with five rounds still to run before Australia, the competition between the trio already is even tighter.

“Last year 88.5 million fans around the world turned on their televisions to watch one of the most thrilling finales in WRC history played out on the Coffs Coast,” Rally Australia Chief Executive Darryl Ferris said.

“It could happen again this November if Tänak, Ogier and Neuville keep trading blows for the next few rounds like they have so far this season. There’s just a handful of points between them.

“Australian fans will be able to follow this drama up-close with a ticket to Kennards Hire Rally Australia. A four-day ticket promises an unforgettable experience, with world-class rally competition from Thursday to Sunday, three nights’ entertainment including the free Dragon concert and the many wonderful tourism attractions that make a Coffs Coast visit complete.”

Event highlights include a new 1.33 kilometre course for the harbourside Destination New South Wales Super Special Stage, which will be run in the early evening on Thursday and Friday.

Thursday’s Super Special Stage will be preceded by the traditional Rally Show and Ceremonial Start in the Jetty precinct. The free event will feature all the international and Australian rally cars on show and their crews.

Minister for Tourism Stuart Ayres said visitors would be impressed by the full schedule of entertainment and by Coffs Coast itself.

“As the only World Rally Championship event in Australia, rally enthusiasts from around the country flock to the Coffs Coast to see the fast-paced on-track action – but now there’s even more for visitors to enjoy,” Minister Ayres said.

“From a performance by legendary Australian rock act Dragon to the procession of cars during the Ceremonial Start and the spectacular scenery of Coffs Harbour, visitors to the region will be easily entertained for the full weekend.”

While remaining at its usual popular venue on the Coffs Harbour Jetty Foreshore, the Super Special Stage has been re-designed to include a hillside loop behind the former deep sea fishing club – now known as the Red-C Events facility – and new start and finish points closer to extended spectating areas. A water splash and the iconic beachside jump have been retained, but cars will tackle them in both directions this year.

Dedicated spectator points serviced by buses from Coffs Harbour will be located throughout the daytime stages north and south of the rally base. The climax of the 324 km event will be Sunday’s Wolf Power Stage in the Wedding Bells State Forest, where the rally winners – and possibly the world champions – will be celebrated on the finish podium.

The NSW Forests Rally Village spectator point on the Wedding Bells special stage will offer ticket-holders food and drink outlets, a corporate hospitality suite and expert commentary throughout the day.

Tickets are available from Ticketek.com.