Tanak fights back to challenge Rovanpera

FIA World Rally Championship leader Rovanperä began the second day of three in the hills near Zagreb with a seemingly impregnable lead of almost 90sec over the Estonian in his Toyota GR Yaris.

He ended with that advantage slashed to just 19.9sec after a puncture and Tänak’s persistence set up an exciting Sunday finale.

Tänak had already trimmed Rovanperä’s lead when the Finn punctured his front left tyre on the morning’s penultimate speed test amid heavy rain and thick fog at the Platak ski resort above the Adriatic coast.

The pair were the only frontrunners who had the advantage of Pirelli’s wet weather tyres on all four corners of their cars. While Tänak pushed on through the gloom to win the stage in his Hyundai i20 N, Rovanperä conceded nearly 55sec.

Tänak sniffed the opportunity of a first victory for more than a year and nibbled back more time, despite an afternoon gearchange problem. But Rovanperä sent a clear message in the final test, setting fastest time to regain 5.1sec.

“This is my reply,” said a defiant Rovanperä. “It was a good stage, full speed, but we still have a difficult day to come tomorrow.” 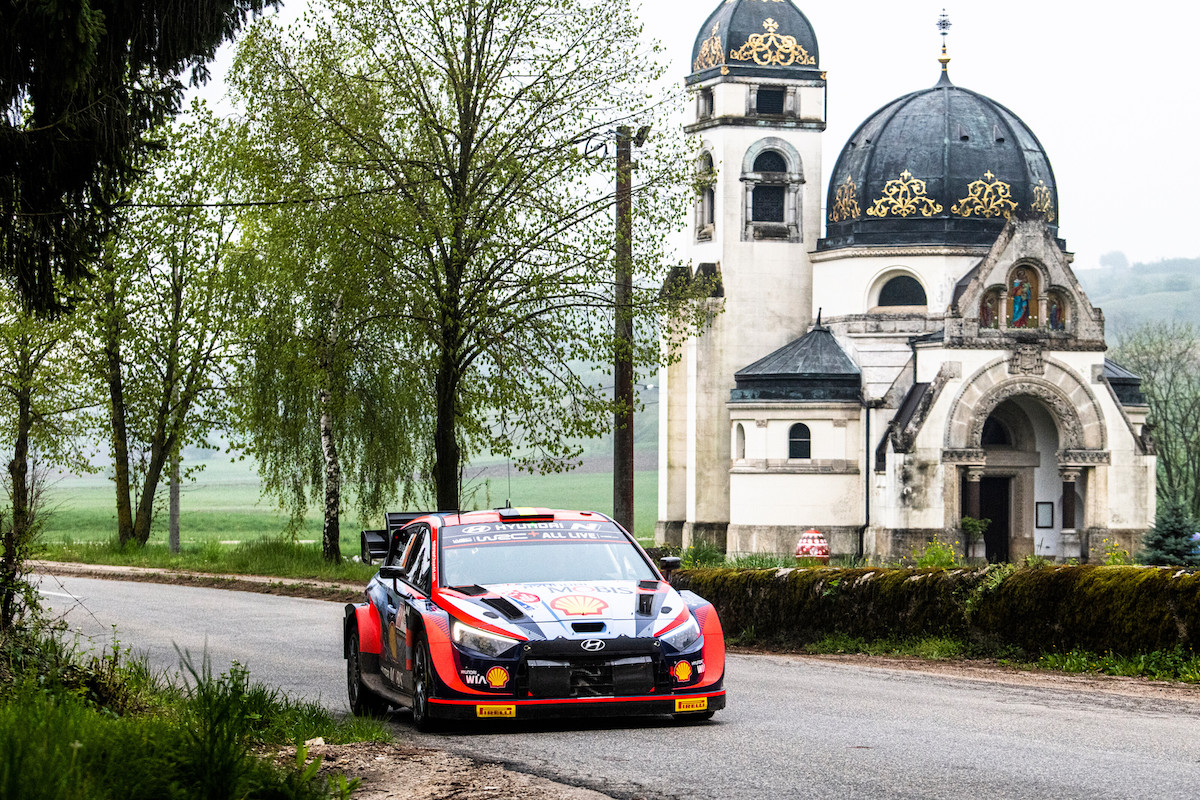 Neuville has had two dramatic days.

Tänak admitted the Platak test was an eye opener: “In these conditions you don’t care about the time, you’re just happy to make it through. It was like a different place in the world. This afternoon I didn’t have a good feeling to really push to the limits.”

While conditions on the other stages were drier than yesterday, the weather deteriorated in Platak and the afternoon’s repeat pass was cancelled.

Craig Breen and Thierry Neuville were blanketed by 4.9sec for the final podium place, almost a minute behind Tänak. Breen overshot a hairpin in his Ford Puma, while Neuville’s torrid weekend took yet more twists.

He received a one-minute penalty overnight for speeding on Friday, which relegated him from second to fourth. His i20 N had to be pushed into service this morning and another 10sec penalty came for leaving a minute late.

Neuville clawed back almost 40sec from Breen to end hot on the Irishman’s heels and 49.9sec clear of Elfyn Evans. The Welshman won the opening test in a GR Yaris, but was reluctant to take risks when on course for his first points finish of the year.

Takamoto Katsuta rounded off the top six. The Japanese pilot dropped time with a puncture and an overshoot and was almost 3m 40s adrift of Evans.

Oliver Solberg crashed his i20 N out of fifth in the opening stage, which was cancelled as rescue vehicles attended a fire at the rear of the car.

Sunday’s finale journeys north of Zagreb and features two technical stages that are driven twice for a total of 54.48km. The closing test forms the live TV Wolf Power Stage, with bonus points on offer to the fastest crews.