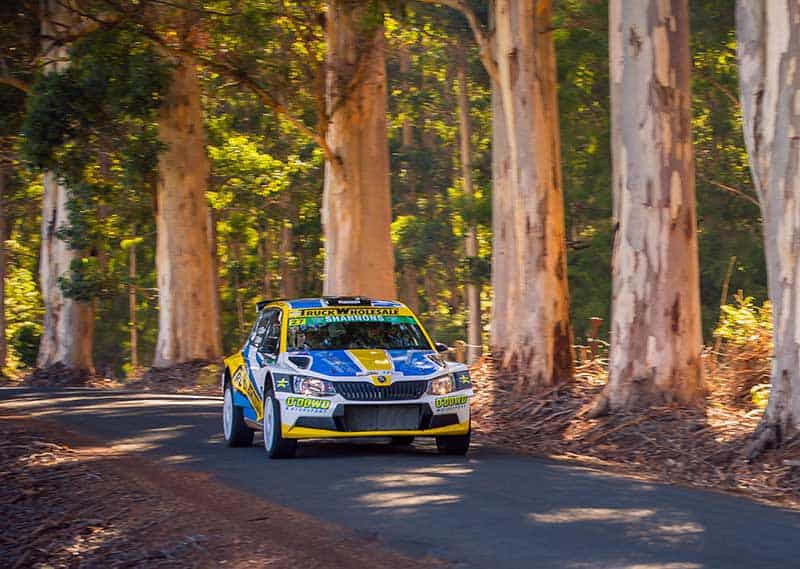 After the disappointment of Rally Australia being cancelled, John O’Dowd and Toni Feaver will finish their 2019 season on tarmac.

Not quite the season finale they had planned, the West Australian pair will compete for the first time at the Adelaide Rally, a tarmac event that uses some classic tarmac rally roads in and round Adelaide.

“After all the preparation the team put in to get the car to Coffs Harbour, it was sad that the event had to be called off,” O’Dowd said.

“Of course, our disappointment pales in comparison with the tragic events of those bush fires. Luckily for us, the Adelaide Rally organisers approached us so it was a perfect opportunity. Race Torque took the car directly from Coffs to Adelaide.

“It has been fitted with tarmac tyres, so it’s basically a gravel suspension setup with tarmac rubber. Similar to what we used at Targa West.

“We’re competing in the Competition category of the event. There’s a good mix of Porsches, EVOs and WRXs, and our lone Skoda Fabia R5. I’m hopeful of a good result, but it’s my first time at the event and competition will be pretty strong.

“I’m not going to target a podium, but we’ll try and keep our noses clean and see how we go. There’s four days of rallying, and anything can happen.”

“It looks like the roads are a bit twistier than Targa West, which will suit us. We were really out-paced by some of the dedicated tarmac rally cars at Targa West. In the set up we’re running, our car should really shine in the lower speed stages. I’m really looking forward to it.”