It was the first test for the Kelly Racing cars, after they arrived from Italy last Thursday. Taylor had previously driven a Subaru in Italy last year.

Seven manufacturers took to the track, with the cars producing around 350bhp from 2.0 litre turbo engines, powered through the front wheels.

Taylor initially had trouble getting temperature into the rear tyres, but showed great improvement in her lap times as she got more comfortable with the car.

While no official times were recorded, it is believed she got down to a 1m28.5s lap by the end of the day.

Taylor was under the watchful eye of Andre Heimgartner and Todd Kelly, who were full of praise in her transition “from where she’s come from”.

“She took to the car quickly and is still getting quicker as she gets to grips with it.,” Kelly told RallySport Magazine. 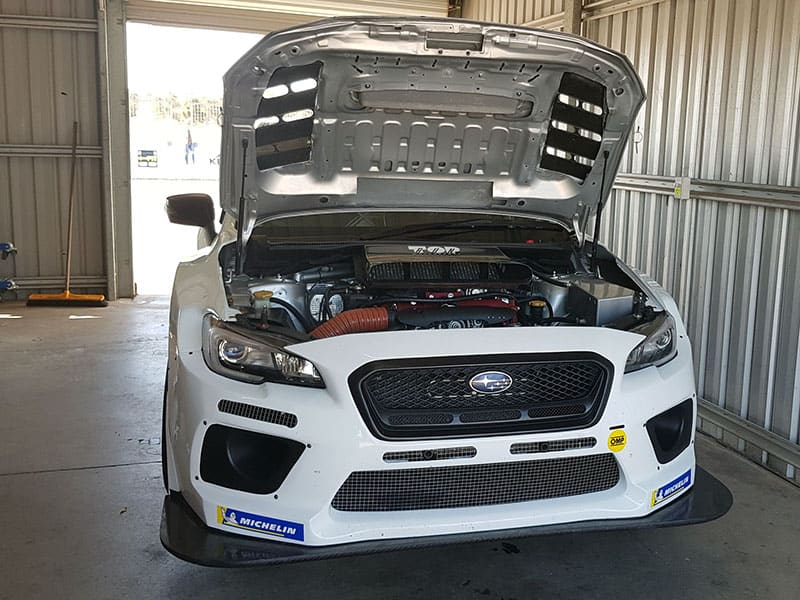 Heimgartner ran laps in both of the Kelly Racing WRXs, setting a benchmark time of 1:28.9 earlier in the day.

Will Brown in the Hyundai i30N TCR appeared to be the quickest, recording times in the 1:25s.

Kelly Racing are still awaiting the delivery of one more Opel Astra from Germany. They had three out of their four cars on track, with Chelsea Angelo cutting laps in the other WRX, and 18-year old former Supercars driver Alex Rullo in the Astra.

The TCR championship kicks off in two weeks at the Sydney Motorsport Park, with free-to-air TV coverage on SBS.