Volkswagen’s latest rally project, the Polo GTI R5, was homologated on September 1st and first appeared in competition at Rally Catalunya, where it enjoyed a sensational debut.

Martin Holmes spoke to VW’s Gerard-Jan de Jongh about the development of the car, how it is priced, and why there are no plans for an official VW team in the 2019 WRC.

Over five years since the first R5 appeared, this is the seventh R5 to be homologated by the FIA, and Volkswagen is the sixth company to produce such a design.

It is physically the biggest R5 car in overall length and possessing nearly the longest wheelbase of the R5 cars.

After 10,000km of testing, two examples were entered by the factory, the only planned occasion the cars are expected to be entered officially by the company before the model is sold to customers and run by private teams and customers. 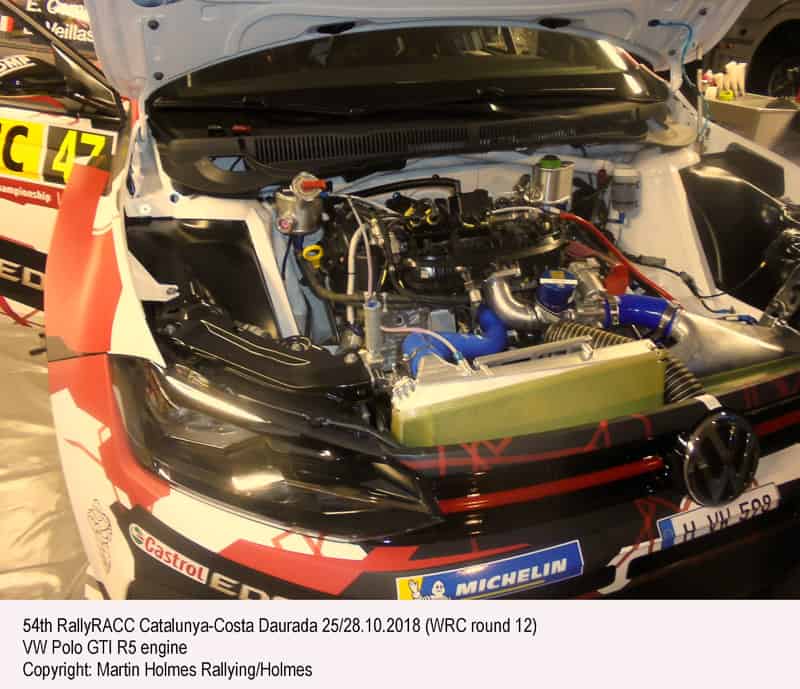 So far there have been two official test cars, with a third car for homologation and wind tunnel work which was hurried into test work when one of the designated test cars was damaged in an accident in Austria.

There has been considerable liaison between Volkswagen and their group’s associated company, Skoda, which has been rallying R5 cars for three years. The most significant parallel part of their designs is that both cars use the same base engine.

Project leader, Gerard-Jan de Jongh, stated: “Right from the word go we have quite a good communication with Skoda. They’ve been very helpful, which means we have shared knowledge and had the chance to optimise things on the engine. 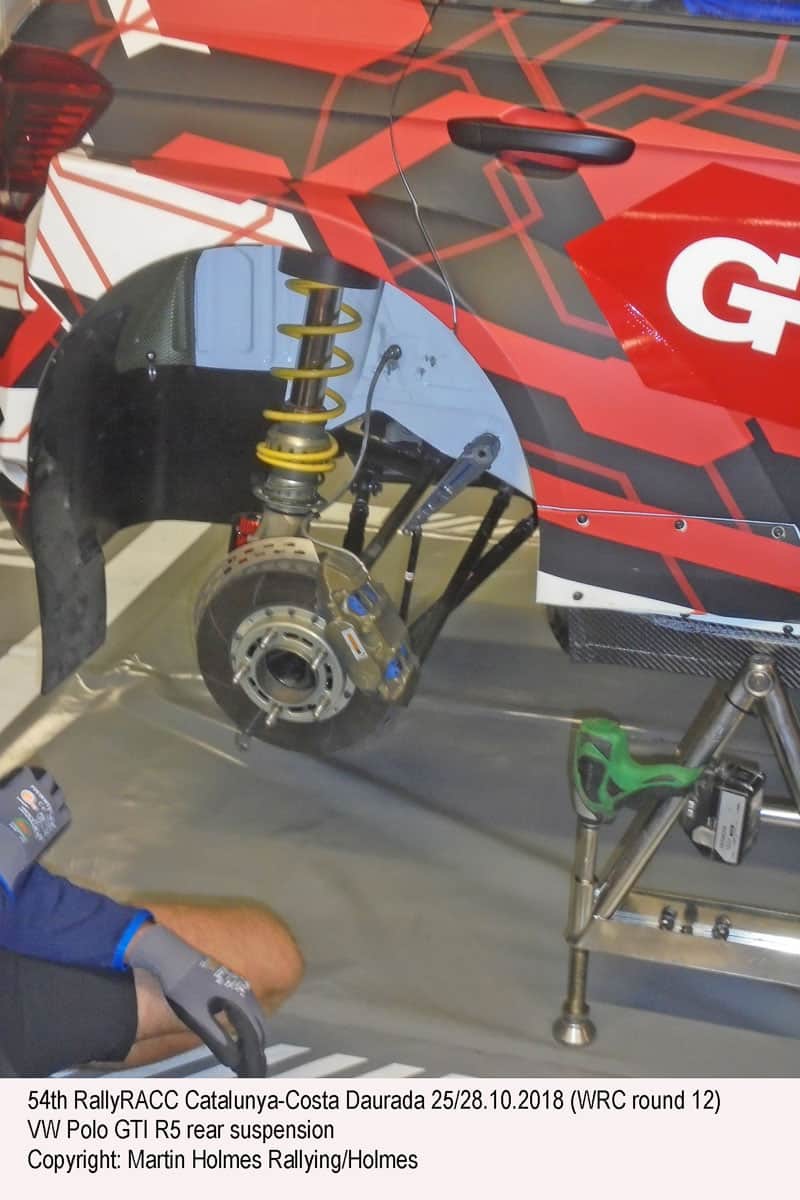 “This means that we haven’t started with a completely blank sheet of paper, but the Polo GTI R5 is not just a rebadged Skoda, we developed our own car.”

VW benefitted from previous experience with their WRC project, notably in suspension work.

“It is difficult to quantify the extent but things we learned about damping and suspension during our WRC time has not gone away and has been used in the best possible way with the R5.

“Like Skoda, we used ZF Sachs supplies with whom we always had a very good relationship, though there are things in the R5 regulations that almost make R5 work a bigger challenge than a WRC car, because you are so limited on your options.

“It’s quite a challenge to design good suspension kinematics with a limited amount of available components.” 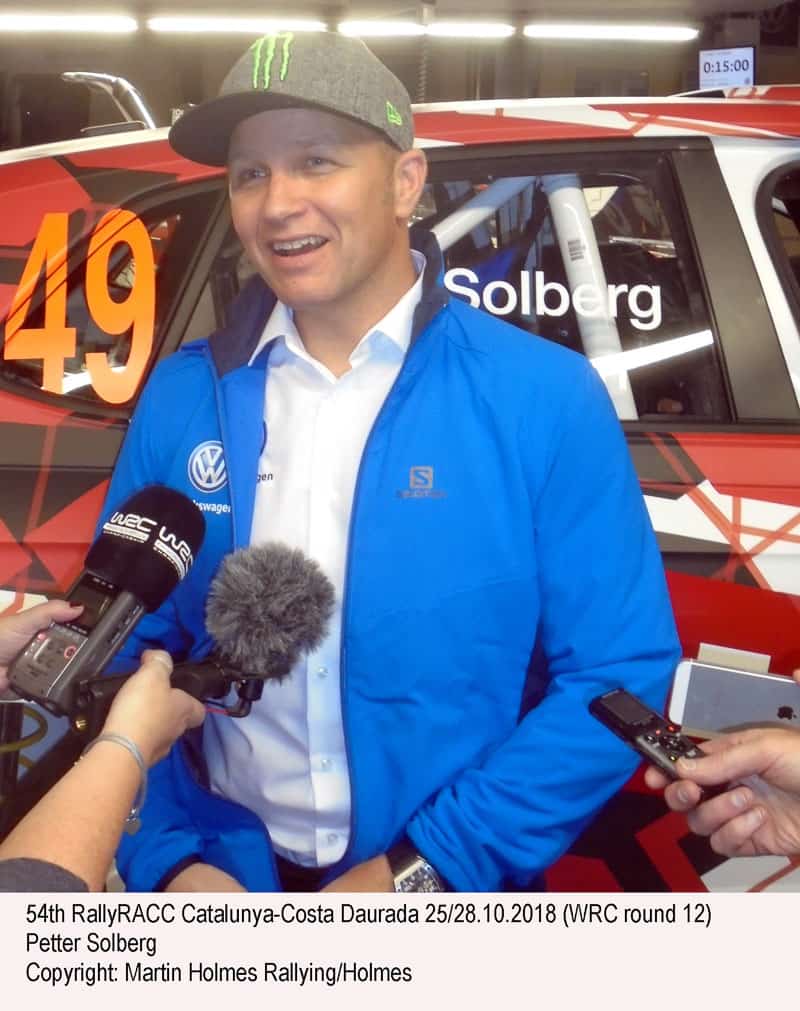 The R5 car differs from a WRC car which is a very focused machine used by very high level drivers.

“An R5 car has to accommodate a much wider range of driver capability. We decided quite early on in the project that we wanted to work with a large number of test drivers.

“Among these have been Dieter Depping, Eric Camilli, Raimund Baumschlager, Pontus Tidemand, Petter Solberg and Marcus Gronholm. That helped us to be able to adapt the settings from one driver to another driver with relatively easy changes.”

One special way in which the Polo GTI R5 came from a clean sheet of paper is that it is based on the new Mark 6 Polo, with its different platform from the Polo used to build the WRC car. 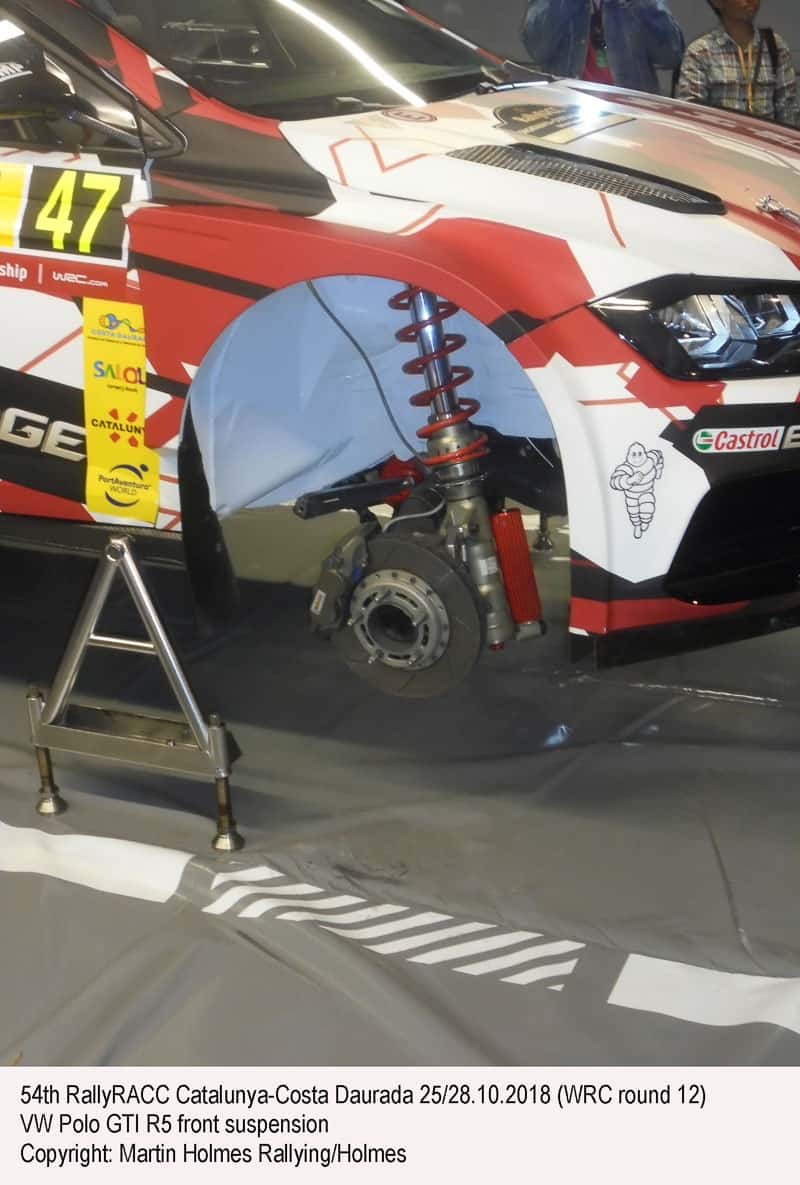 Also, the R5 category has regulations and limitations in cost which do not apply in WRC cars. For example, regulations prevent the use of the same design of roll cage as the Polo WRC.

WRC roll cages use high tensile strength steel banned in R5 on cost grounds, so in order to have equivalent strength and stiffness, the R5 cage tubes must be bigger.

The base engine for both the VW and the Skoda is the EA888 unit, the Chinese Volkswagen engine, the best option in the whole Skoda/VW range that would be most suitable to convert to 1.6-litre.

There were not that many candidates in the programme for this size cylinder capacity.

It is planned that engines will be maintained at VW Motorsport, with 2000km rebuild and 4000km full service intervals, the same as for the transmission. 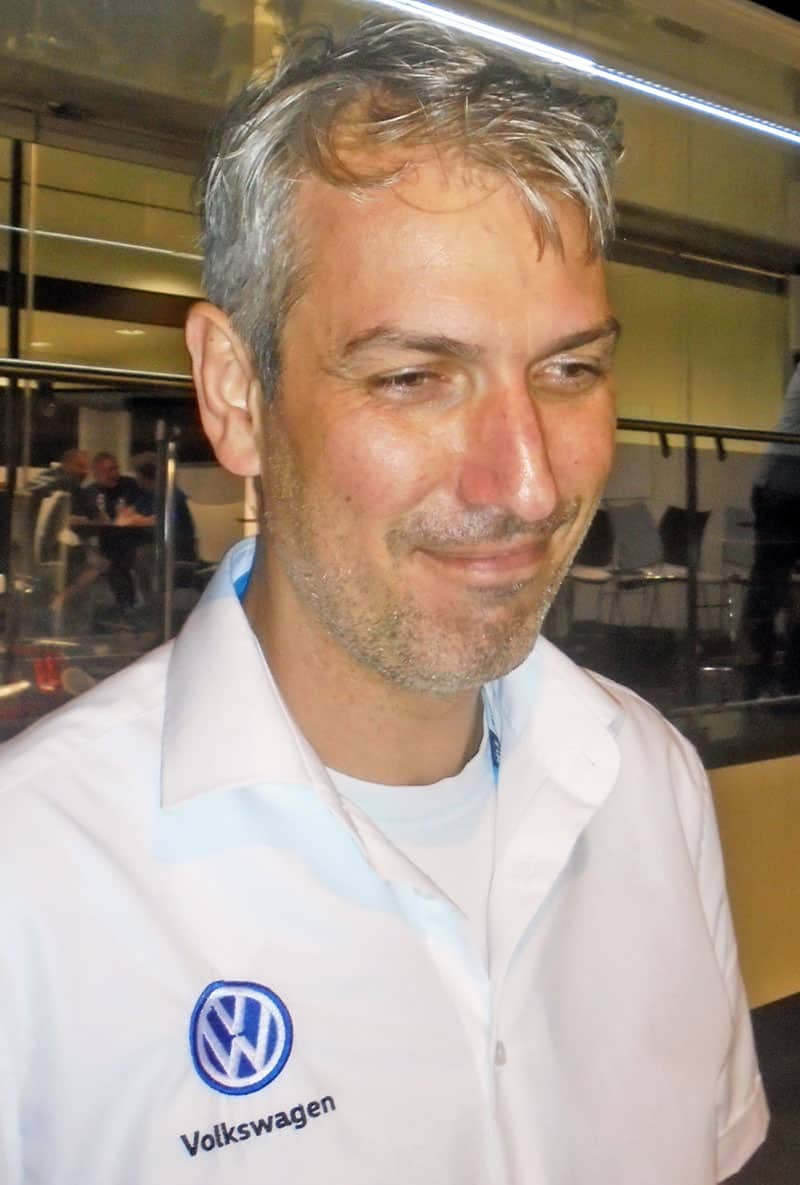 Like the Skoda Fabia, the Polo uses Xtrac transmissions, using the same front gearbox design, but not for the rear differential which uses a disengage electro-hydraulic system for use when the handbrake is applied for a handbrake turn.

There are very few road car parts in the suspension. Most of the suspension components, like the uprights, the damper mounting, and kinematic mounting locations are designed specifically.

With R5 there is mandatory interchangeability of each suspension part on all four corners, so it is not possible to fit individual designs for each upright. All have the same components for the front and the rear, and must be suitable for gravel and tarmac. 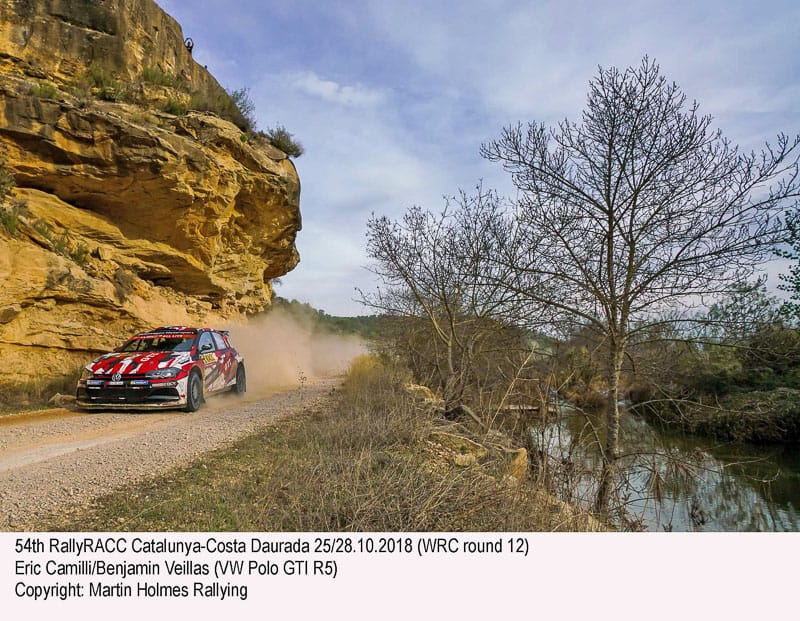 This all makes sense for the customers by reducing the cost price of the components, as you don’t need to buy so many different spares. The power steering system is hydraulic.

Like on the Skoda, the front suspension dampers are angled but in a different way. As for general design, there has been feedback both from the wind tunnel work as well as general styling artists, to ensure there is a good looking rally car for the customers!

The first public appearance of the car was at Rally Catalunya. The choice of drivers in Spain were Petter Solberg and Eric Camilli.

“We decided that it would not be beneficial for Volkswagen or Skoda to have Pontus Tidemand represent a different brand, also in R5,” Gerard-Jan de Jongh says.

“I think with the two drivers we have a very capable duo and we’re quite happy with them.” 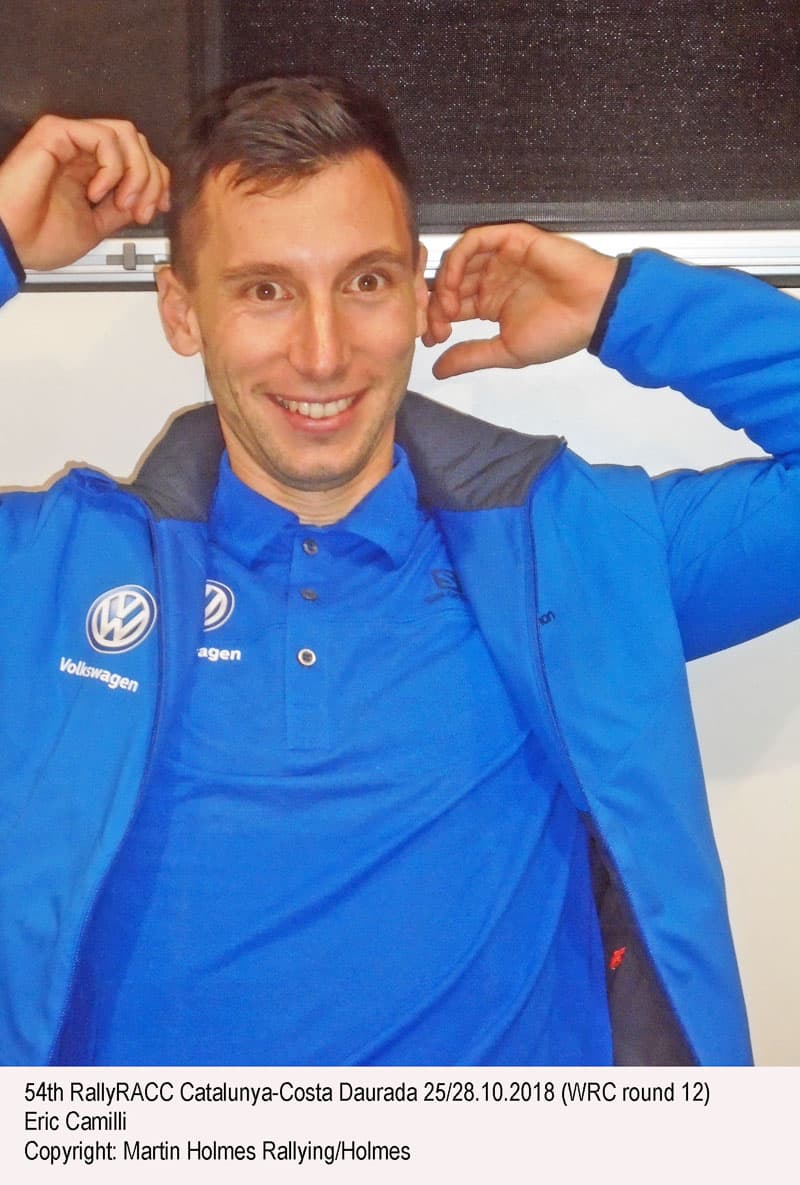 On a commercial front, Volkswagen is not aiming to produce as many customer cars as Skoda or the other teams, but cars will be offered to the same customers as Skoda.

“Regarding pricing, the prices have to be similar to Hyundai, Ford, Citroen, and Proton if they join, as there is a total FIA cap price of 190,000 Euros for the base car, with packages to upgrade their cars if they wish.”

What about the philosophies of working alongside your colleagues at Skoda?

“Skoda have much more experience of dealing with customers in the rally environment than we are, also handling problems they’ve had with homologation because of the extra road car technology.

“R5 homologation is harder because WRC car is 100% motorsport product.” 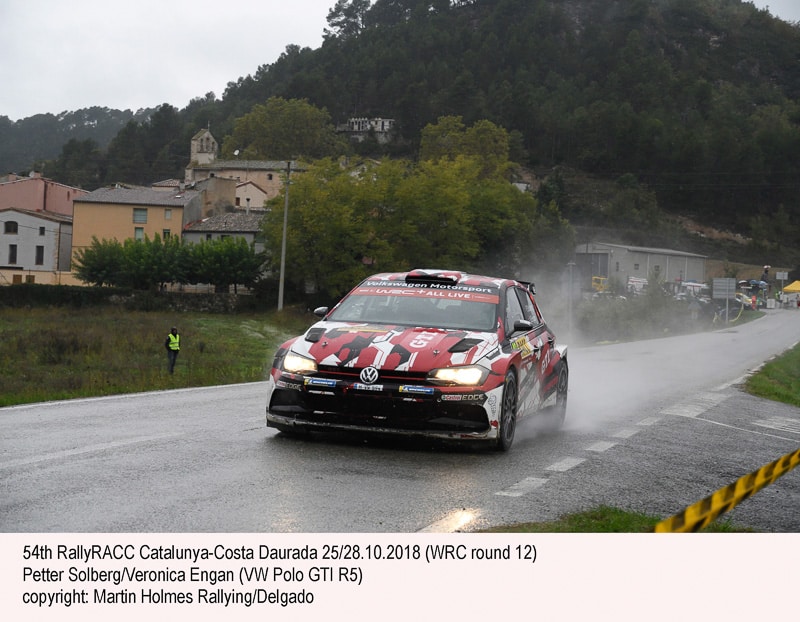 There are no plans for an official team at the moment, because we want to give the room to the privateers and their customers to have success with our car.

So there were never any plans for any more official WRC2 Volkswagen team entries, but then comes the new idea of WRC2 Pro, catering for officially run cars for the new series.

VW cannot take any decision about that until more details are released by the FIA.

Meanwhile, the project got off to an amazing start in Catalunya. Camilli made best times in Shakedown and on the opening Barcelona super special stage.

The Polo GTI R5 also led the WRC2 category for seven stages, and their drivers made a total of three fastest WRC2 stage times on the gravel day of the rally. 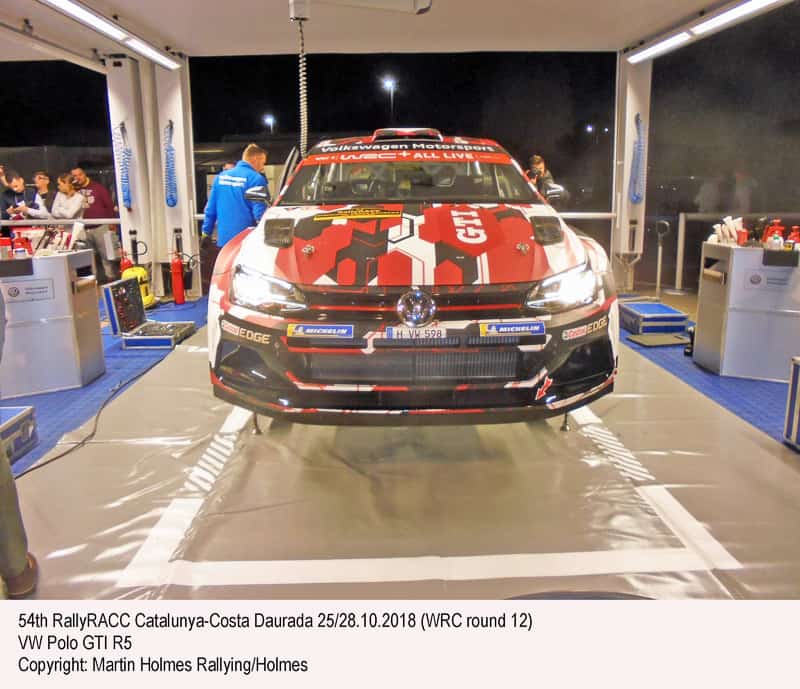 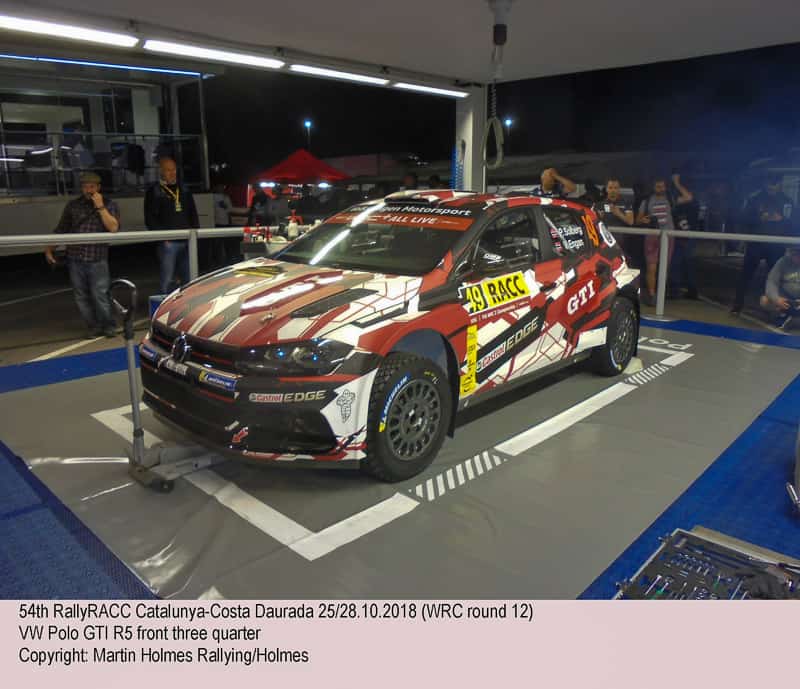 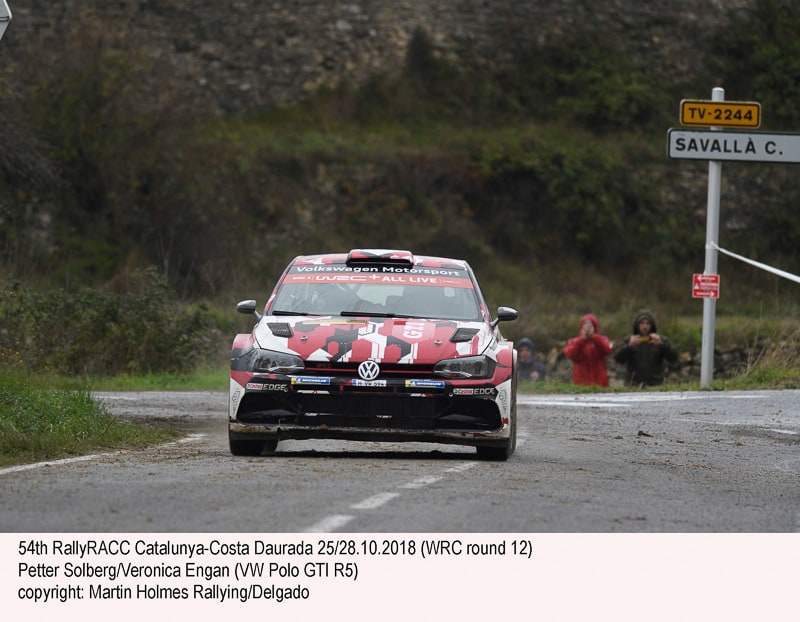 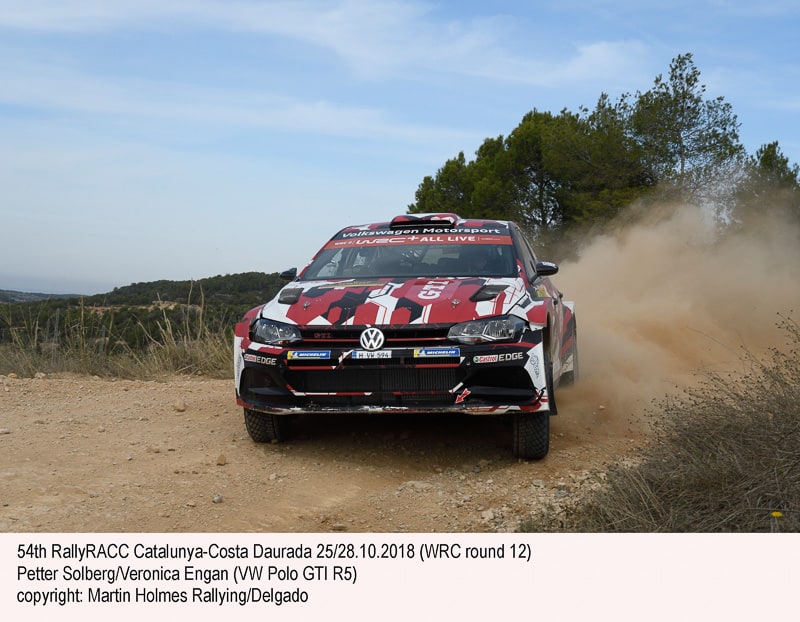 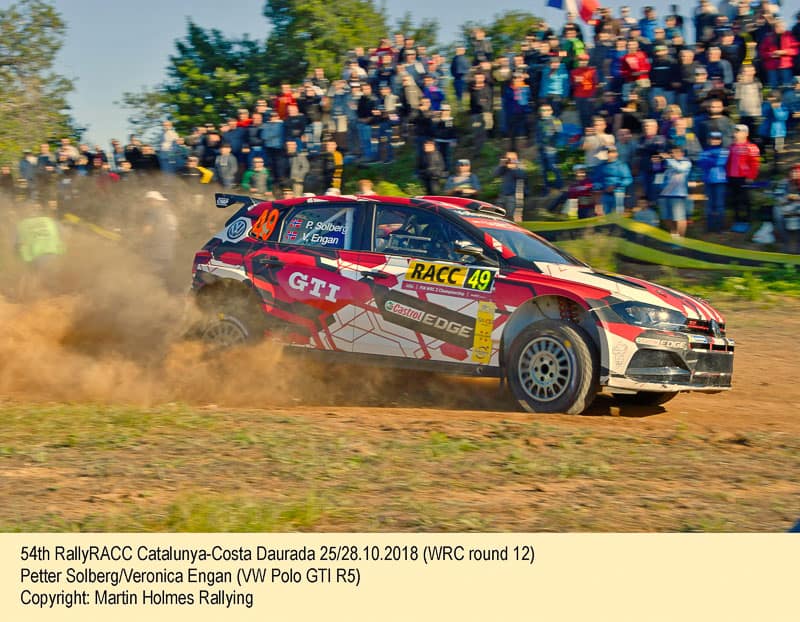 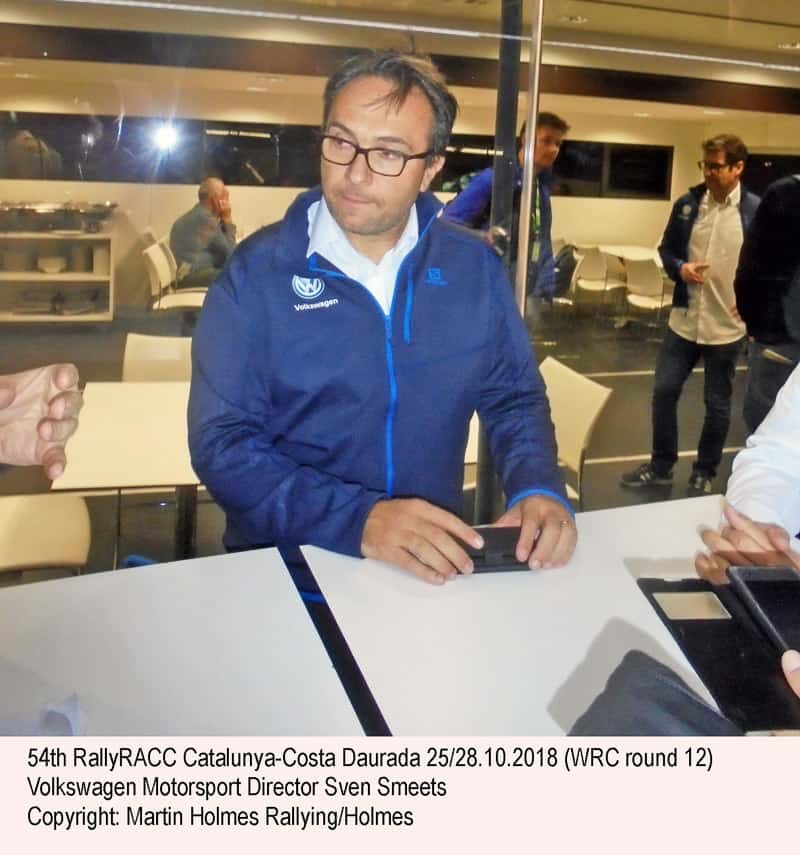