A blistering attack by Ott Tanak rocketed him into the lead of Kennards Hire Rally Australia as the gripping fight to the end of the FIA World Rally Championship continued on the New South Wales Coffs Coast today.

With less than a third of the rally remaining, Toyota Yaris ace Tänak delivered a series of sizzling runs on gravel roads south of the Coffs Harbour event base, taking his tally of stage wins for the event so far to six.

While in a prime position to secure his fifth round win of the season, Tänak is far from certain of overcoming a 23-point deficit between him and the 2018 WRC drivers’ title.

Sixth in the results after 16 of the scheduled 24 stages, French five-time champion Sébastien Ogier appears best-placed to lift the crown again at the event finish in the Wedding Bells State Forest tomorrow afternoon. 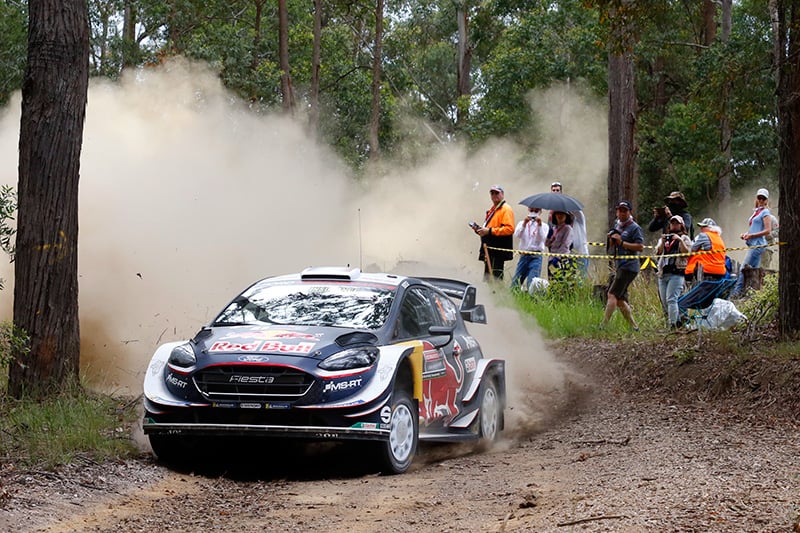 If he holds position, Ogier will be champion. Photo: Peter Whitten

Closest rival Thierry Neuville, who started the rally just three points behind in the standings, is almost a minute off Ogier’s pace in eighth position, but is continuing to push in the knowledge anything can happen in the 84 kilometres remaining tomorrow.

Tänak took the lead from teammate Jari-Matti Latvala on special stage 14 and stretched it to 9.7s at the end of the daytime action, with just two evening runs on the Destination NSW Super Special Stage remaining before the cars enter their final service break and overnight compound.

Earlier, Latvala said he expected to have to yield his own position at the front to help Tänak’s long-odds bid for the championship. 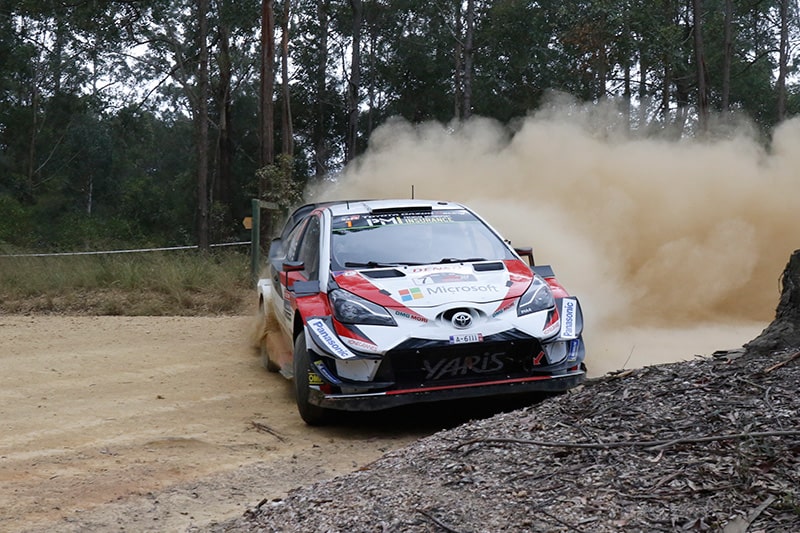 Latvala drove hard all day, but was caught out in the final stage, losing ground to Paddon. Photo: Peter Whitten

Earlier, he topped Argents Hill Reverse by 0.4s on the first pass and a mere 0.1s on the second,  from Latvala and Tänak.

To win the driver’s championship, Tänak needs to take bonus points on the event-closing Wedding Bells Power Stage and for Ogier to have problems.

While the manufacturers’ championship picture is also unresolved, it became a little clearer today. 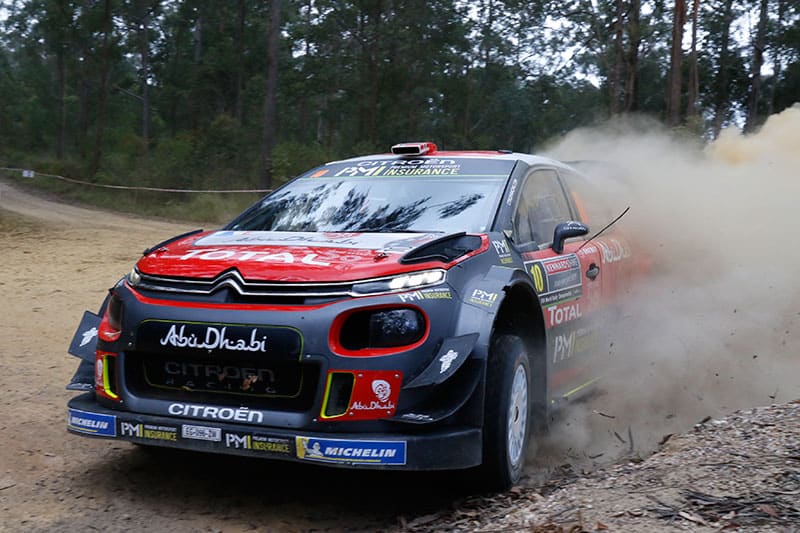 Providing Tanak, Latvala and Lappi hold top-five positions, they will supply Toyota with the Japanese giant’s first WRC manufacturer’s title since the heady days of Toyota Team Europe in 1999.