Long gone are the days when you could buy a pre-bent roll cage kit from Autosport or Race and Rally, grab a handful of nuts and bolts to secure it in your car, hire a Halda and go rallying.

Today’s rally cars are sophisticated machines that require a high degree of technical knowledge and input to develop and maintain. Moreover, the modification process from a road car to a tough and reliable rally machine is reaching the stage where it is too complex and technically difficult for the backyard mechanic to undertake by themselves.

In recent years we have seen the development of a good number of small firms specialising in motorsport – particularly rally – fabrication, development and construction.

As cars become more adept in their design and manufacture so that we, the general motoring public, can move about in quiet, powerful and safe luxury, especially compared to 20 years ago, the ability to modify cars to make them more suitable to gravel rallying becomes more difficult.

There are many small engineering firms specialising in bodyshell development, engine development or driveline and suspension improvements, particularly for competition cars. They can achieve results that the layperson in their garage at home can simply no longer do safely or technically.

These rally-oriented organisations are becoming such that the sport could not do without them. They are as integral to the modern rally car as any driver or co-driver input, especially now with complex engineering, suspension, and computer-controlled electronics coming with every new car these days.

When was the last time a new car was sold with a mechanical distributor? 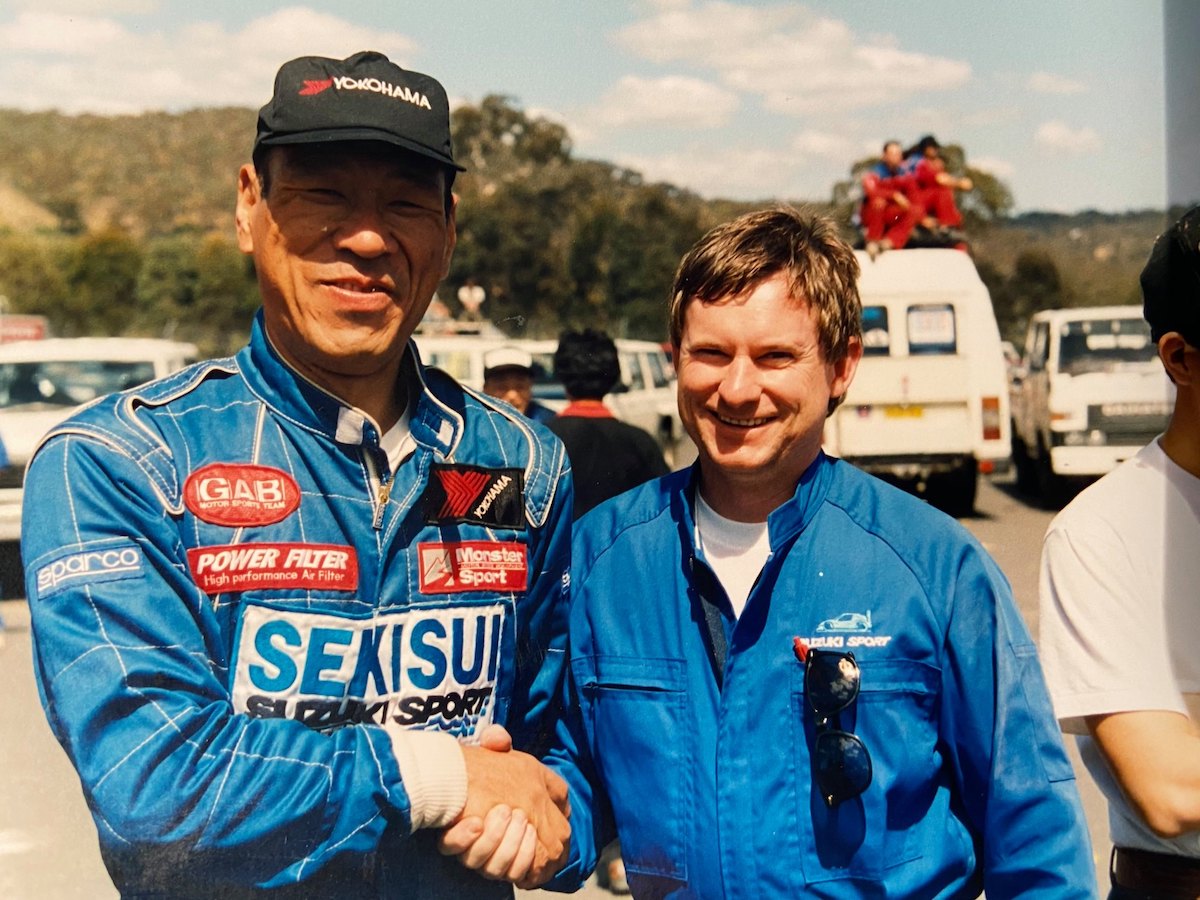 Whilst the new crop of young technicians may come with a university degree or from a specialist Motorsport Diploma program, there are many very clever engineers that have learnt their trade through the experience of working with, or in some lucky cases, for the Datsun, Ford, Holden or Mitsubishi works rally teams of the 70s and 80s.

Kaitler Motorsport Engineering is one such firm. Steve Kaitler is the man behind it.

A quiet, short and stocky country lad from Corowa in the Riverina of New South Wales, Steve left Corowa High School in fourth form (Year 10) to follow a motor mechanic‘s apprenticeship – but only for a couple of years until he switched trades to carpentry.

Building things like houses and roofs out of wood offered Steve an insight and understanding of how mechanical things act together, especially load paths and load transfer dynamics. These would be invaluable in later days with the design and development of roll cages and suspension systems.

His older brother, Tom, was a mad keen race and rally enthusiast and Steve soon developed a keen interest in rallying and began to build up a Datsun 1600.

Steve and Tom were also good mates with another country fellow, Les Collins, whom they met when attending Wodonga Technical School. Les is famous for not only engineering the Geoff Portman “Grunter” Datsun 1600, but more recently for his ability to extract massive performance gains from relatively basic engines.

“After the building thing wore thin, I joined Les at Datrally Developments as an engine builder. Les taught me just so much, he was terrific to learn from,” Steve explains.

Steve moved on to the Nissan Racing Team during the turbo-Bluebird Group C era.

“You get yourself into a factory team any way you can!”

He started off being the team’s handyman and built a lot of the structural components around the workshop, particularly for the transition from the rally Stanzas to the newer technology race Bluebirds.

“Things like parts racks for the service vans, and crates for the engines and other spare parts. We would often make them out of wood. The more professional and purpose-designed transporters came along later…” Steve told me.

He soon ran out of shelves to build and became the “sous chef” to Nissan’s engine man Derek Rawson.

“I started working with Derek as I was already known as an engine builder, and I did the complete engine assemblies. It was very busy with both of us building engines.”

And busy they certainly were, as we all remember well the days of the exploding turbo engines!

“I learnt heaps from Derek, particularly about meticulous preparation and very careful measuring of components. I also got to know Jamie Drummond really well – probably because we were both country boys, and I soon started working on his best-known creation, the 2.4 litre Datsun 120Y that George Fury drove in the mid 1980s.”

After a couple of years with Nissan, Steve moved on and set up his own shop in Corowa, specialising in general maintenance and building the occasional rally car for customers. Not long after, Jamie Drummond left Nissan and moved to Wodonga to set up his massively successful Drummond Motor Sport / Shockabsorber Improvements empire.

Steve would sub-contract to Jamie and that soon saw him working with Suzuki and “Monster” Tajima, and then in Malaysia for Proton as they were using the Drummond DMS system. It was soon time to branch out on his own again and Steve started his own motorsport engineering business in Benalla. This was the start of Kaitler Motorsport Engineering (KME).

He would go on to design and build several sports sedans from the ground up. His son, Brenton, is somewhat of a decent steerer and his fantastic Mitsubishi Evo 6.5 rally car was built at this time.

The main business of KME was, however, rollover protection design and construction.

Steve and KME moved to Melbourne in 2008. The move was to get out of motorsport as he became the Engineering Manager for SGH, a company that supplies massive generators and electrical power solutions to the industry.

The move from 2-litre four-cylinder rally car engines to 28-litre V10 diesel engines was “interesting” as Steve put it, but he took it all in his stride.

He has now come full circle and moved back into the world of motorsport and restarted KME. It now specialises in rally car design, construction and maintenance. His current project – among those of his customers, is his own BMW E36 328i.

Precise and modern engineering of the BMW has created a number of problems to overcome, but thus far has not proved to be outside the scope of Steve’s fertile mind. Although things were a bit easier some years ago.

“The BMW is really light years away from a 1600 or a Galant and it makes things more interesting!” he says. 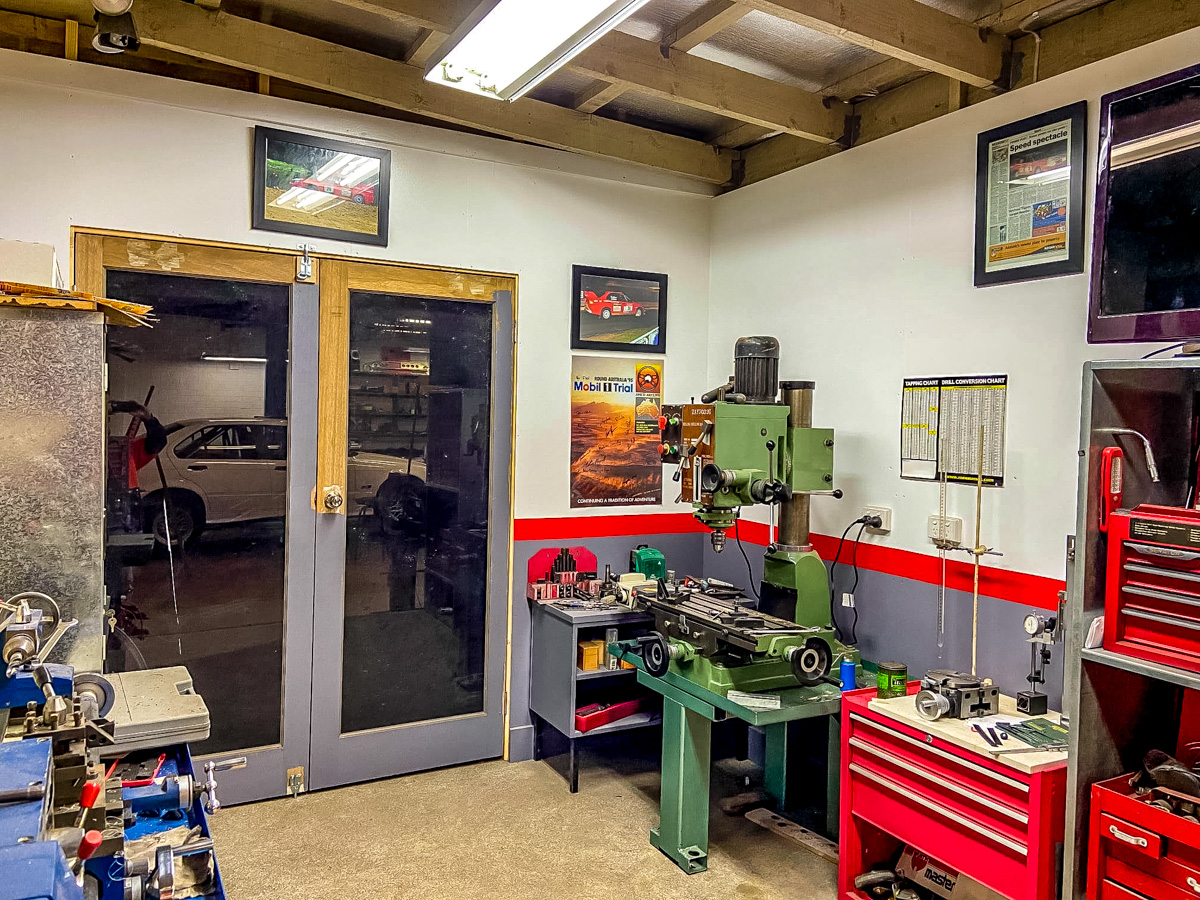 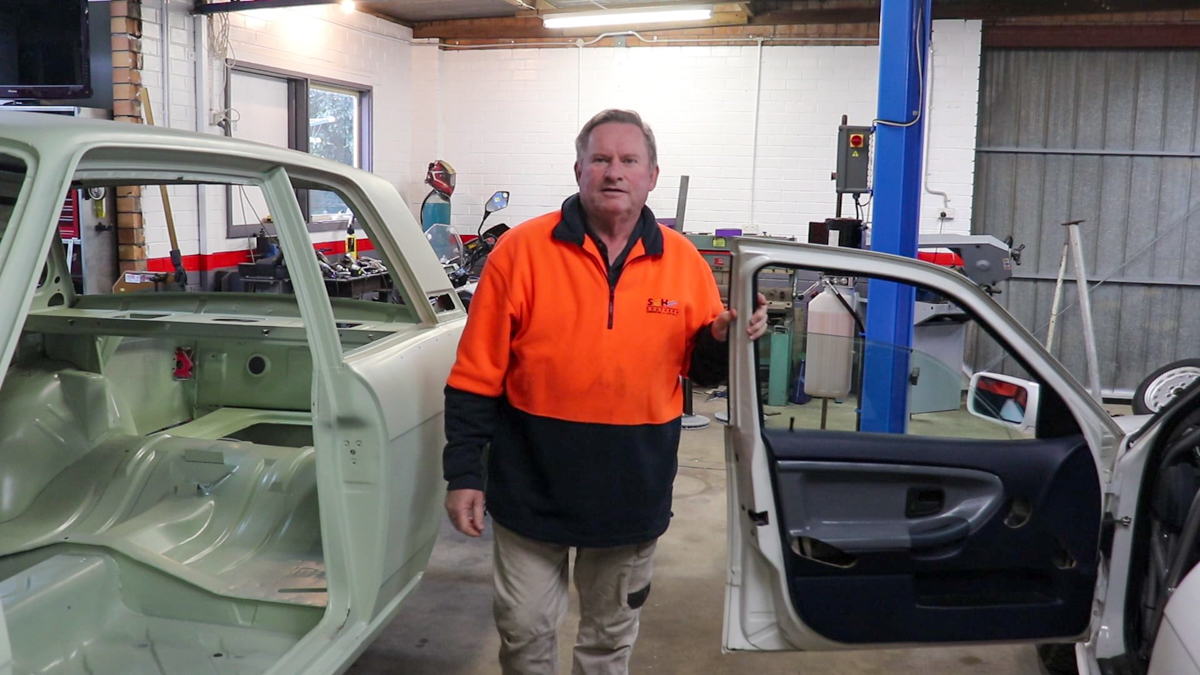 Unlike many engineers who prefer to hide their projects and work in a vacuum of publicity, Steve has gone the other way and details the build of his BMW in 20 or so 10-minute YouTube videos. (feature to appear soon on RallySport Magazine)

Not only has this provided Steve with a new skill (videography), but it provides viewing proof of the methods he uses and the rationale behind the modifications he has made.

Several of his other projects, including a rebuild of David Officer’s Mitsubishi Galant, have been documented in a similar manner and, more importantly, they are available for anyone to see with a quick Google search.

The building of the BMW has been carried out almost exclusively with Steve’s thought processes and conceptions of how to solve problems, and make the car more suitable for rallying.

Only very few parts have been purchased from overseas, those being very complex laser cut strengthening for suspension and bodywork which were very easy to obtain from good old eBay. But now he has the templates…

The 6-cylinder 2.8-litre engine sparkles with Teutonic precision and engineering mastery and has been very carefully rebuilt to offer massive power and loads of torque. How much power?

“Let’s not worry about that right now. We need to see how the car handles and stops first.”

The ‘BM’ is a real modern-day powerhouse rally car, but in rear-wheel drive. Much of the inspiration has come from the Drummond/Fury PB210. In fact, the BMW will have some very special suspension dampers which were made for the car by Jamie himself, prior to his tragic passing.

“I still need to work out how to adjust them as they are 4-way adjustable, whereas most of the other rally dampers are only 2-way.”

Steve developed a close friendship with 1980 Australian Rally Champion, George Fury, over the years, and is utilising George’s expertise in setting up the BMW for competition.

Steve’s co-driver will be the very experienced Robert Wilson, another mate from back in the Corowa days.

* Kaitler Motorsport Engineering can be contacted through Facebook or direct to Steve at skaitler@gmail.com

Dominant Stratford sweeps all before him