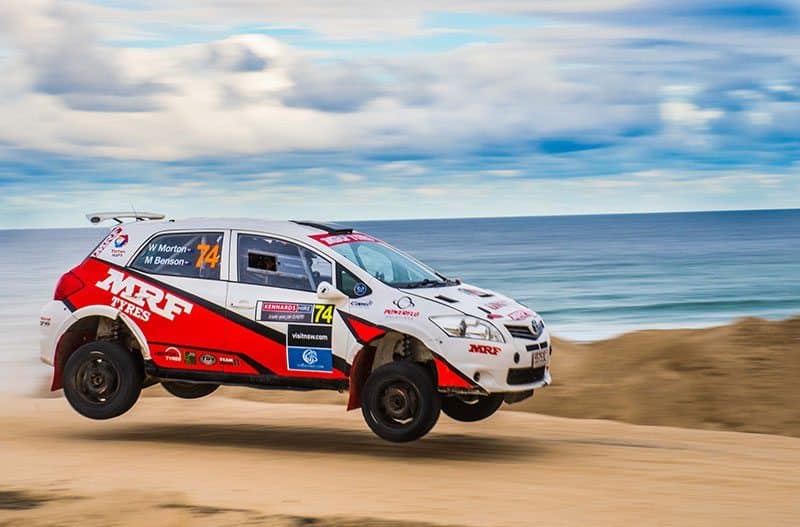 It was Tony Quinn and Kate Catford who took out the final round of the MRF Tyres Queensland Rally Championship took place at Kennards Hire Rally Australia, with the Saturday stages counting towards the Championship Title.

Wayne Morton and Megan Benson were in the prime seat to take the Championship in their Toyota Corolla S2000. They had been in a battle all year with Ian Menzies and Robert McGowen but the latter duo didn’t enter their Mitsubishi Evo, opting for a Ford Falcon XR8.

Effectively this left Todd Webster and Ray Priest as the only other entry that could win the Title but they needed to take the win with Morton and Benson scoring poorly.

Quinn and Catford in their only QRC appearance this year rallied their Volkswagen Polo S2000 with great consistency, taking QRC stage wins on the third, fourth and sixth stage of the day.

They beat Tony Scott and Jay Davidson who ran another giant killing rally. In their Classic Toyota Corolla, they were setting quick times and again impressing the crowd with their commitment. 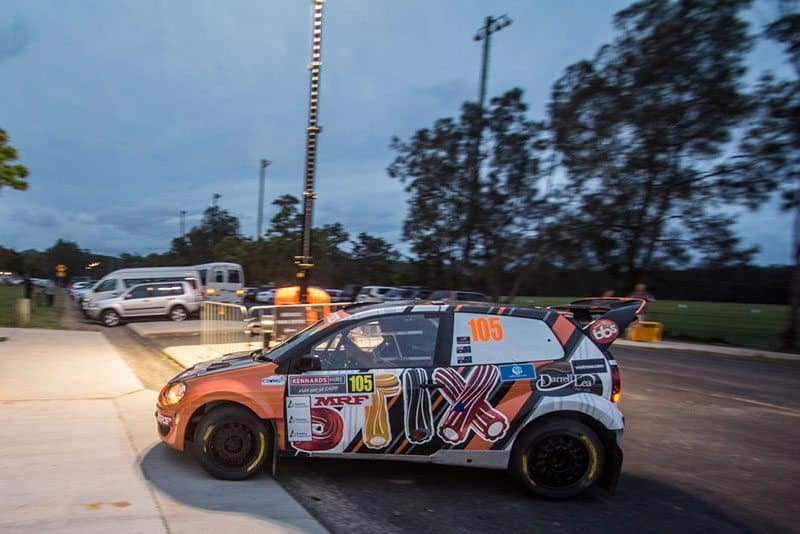 Tony Quinn and Kate Catford won the final round of the QRC at Rally Australia. Photo: Sam Tickell

This left Webster and Priest outside the top three and while they would reach the end, their Championship hunt was over. It was a challenging leadup to the event with two engine changes to the Subaru meaning their they were in a race against time to make the start line.

Equally Menzies and McGowen would not reach the end of the first stage.

This left Morton and Benson as Champions. Though like many other competitors, they would not make the finish line having suffered damage from a deep ruts on the entry to a bridge on the Welsh’s Creek stage.

They had started strongly, having been cross entered in the WRC field, winning the first stage of the day for the QRC field.

There round saw its fair share of drama with Ross Cox and Janet Binns who crashed into a creek on Rhodes Hall Road. The car went in upside-down and the pair were saved from a catastrophic result due to the quick thinking of on site spectators.

The stage was cancelled following the incident. Fortunately the pair escaped with only minor injury – though the Mitsubishi Galant VR4 may take more time to be repaired.

The final stage of the day also saw a change with a triple caution being inserted to a bridge that had been damaged. The damage to the bridge had resulted in the WRC stage being cancelled but this did not pose a problem to the State competitors.

Along with the outright Championship going to Morton and Benson, there were a number of other class champions crowned at Rally Australia.