The Toyota Gazoo Racing Rally Challenge Program is making progress to the next phase in 2019, aimed at producing a WRC driver from the program.

The program has been operated for three and half years with the cooperation of Tommi Mäkinen Racing since 2015.

To move on to the next phase, Takamoto Katsuta has been selected as its driver.

In 2019, the driver will continue gaining experience by mainly participating in WRC2 events, with some other elements to be added to the program as well. 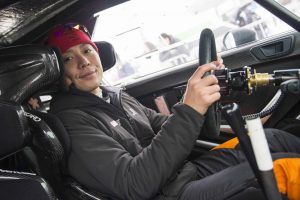 Katsuta will also participate in Rally Spain, the 12th round of FIA World Rally Championship in October 2018.

Shigeki Tomoyama the president of the Gazoo Racing Company said he was happy the progress has been made.

“I’m very happy to see that our crew has grown up a lot through the program. I appreciate the instructors and the team, who have given passionate coaching and support to them all the time,” he said.

“This program was started to help Japanese youngsters become world-class rally drivers. Since Toyota came back to the WRC, we have heard from many fans that they would love to see a Japanese driver behind the wheel of the Yaris WRC.”

“I’m glad we are taking another step forward to achieve this goal by enhancing the program next year.”

*Program to be announced later.