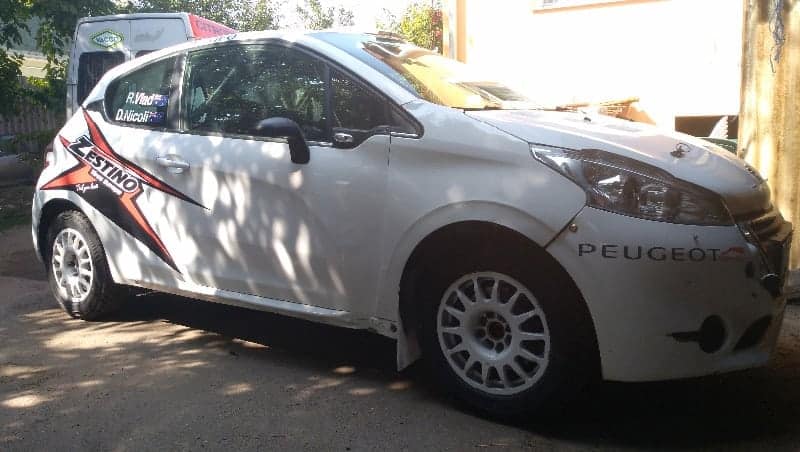 Razvan Vlad and Daymon Nicoli will take part in the Romanian Cotnari Rally Iasi this weekend in a Peugeot 208 R2 (pictured above), supported by Zestino Tyres Europe.

The rally is a round of the Romanian Rally Championship and is well known for the fast roads and the concrete blocks that line the dozens of bridges that cross the stages.

The surface is gravel, but the grip is much higher than on the ball bearing surface that the team usually competes on in Western Australia.

The car that they will use is also new to the team, a Peugeot 208 R2, with less power than their Ford Fiesta, but also a lot lighter.

Razvan has not driven a left-hand drive car for a long time, so he chose the famous Transfarasan road to practice on. In the meantime, Daymon got to ride a donkey (below) and sample the local culinary delicacies. 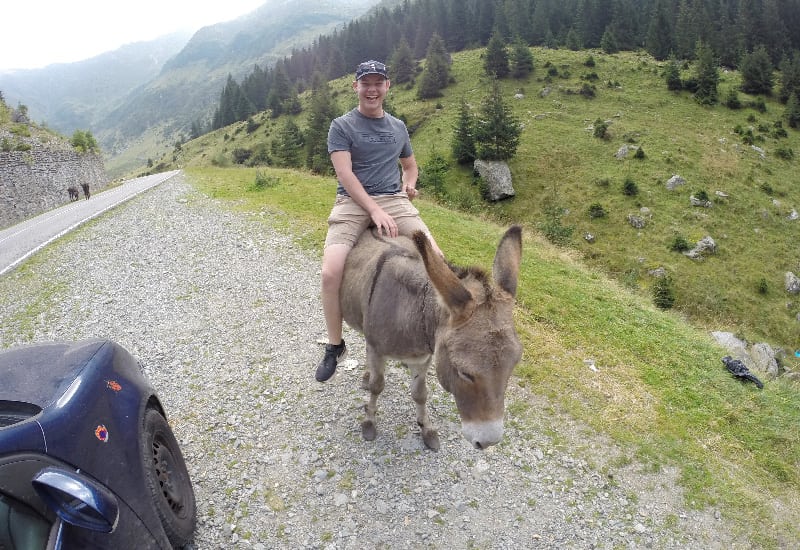 The team completed recce on Wednesday and tested their rally car on Thursday.

Zestino Tyres Europe supplied the Gravel 09R tyres in medium and soft compounds, the same tyre that Razvan and Daymon have been using successfully in Western Australia.

The rally starts on Friday morning in the forests around Iasi, it then comes back to the city with the spectacular super special stage on Friday evening, features a high speed run through a tunnel and plenty of handbrake turns around barrels.

The event finishes on Saturday with the longest gravel stages of the event.

You can follow Razvan and Daymon at www.MAXYrally.com.au and also on the official event results page https://cotnarirally-iasi.ro/rezultate/