After a hugely-positive response to last month’s announcement that Tom Wilde and Brad Markovic would campagin the first ever all-WA two car team for the Australian Rally Championship (ARC), the drivers are raring to go for the 2016 season opener.

Both competitors, who will drive Maximum Motorsport-prepared Subaru WRX STIs, see it as a massive plus that the first round of the championship is on their home turf.

The Quit Forest Rally (QFR), is run around the fast forest roads of Nannup, with special tarmac stages in front of big crowds in Busselton each evening and this year’s event expected to be one of the most competitive ever.

Wilde will start as car 3 and is the highest seeded WA driver.

The 28-year-old said he was confident his Subaru WRX, which would carry signage from new sponsor Millbrook Winery, was ready for the challenge.

“As it's an ex-tarmac car, Maximum Motorsport have had to fit underbody protection, new shocks and rally equipment,” he said.

"They're not leaving anything to chance and we should have one of the most reliable packages out there.”

Meanwhile, Markovic, who, last year, won the first heat of QFR in his Auto One Subaru said: “I'm excited to achieve a great result like last year and I'm confident we have the right package and team behind us to do that.”

Marokic's co-driver Glenn Macneall, a former World Rally Championship competitor and Asia Pacific Rally Champion, has been busy in the lead up to QFR.

Last month, he got the call up to co-drive for Japan's Hiroki Arai in Finland and more recently, he co-drove in a Porsche in the Otago Rally in New Zealand.

In other news, Markovic has welcomed a bunch of new sponsors and thanked Castrol, Supercharge Batteries, Kincrome Tools, R-Group International and Eagle Leads for their support.

QFR starts at Barnard Park in Busselton at 6pm on Friday. The podium finish for the event is in Nannup at 3:30pm on Sunday. 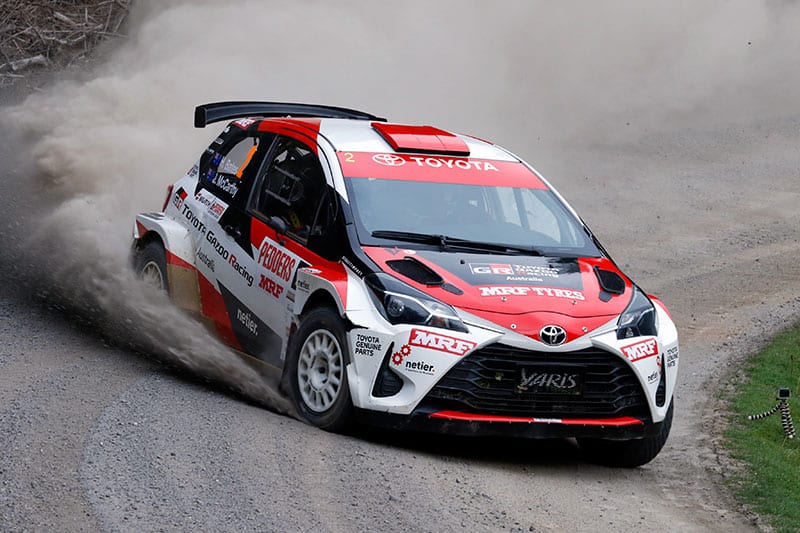 Mix of old and new in 2012 Targa New Zealand