Windus gains valuable seat time in ‘one of a kind’ car

Windus completed the majority of the rally’s 13 stages alongside co-driver, Dan Brick, and after a last minute finish to building the car, the team was satisfied with the weekend.

After arriving in Canberra along with the rest of the RSEA Safety Motorsport Australia Rally Championship field that included the factory teams from Toyota, Hyundai and Supercars champion, Shane van Gisbergen, Windus was ready for a strong test day with the car.

The car, which was only completed in the days before, suffered power steering issues at the official Test Day, and did not even turn a wheel. As a result, the team were forced to fly in a part from Melbourne to fix the issue for the rally.

Effectively, the first time Windus drove the car on gravel was on the first competitive section of the rally.

“The steering problem really put us behind the eight ball for the event, as we were planning on an extensive test on Thursday,” Windus said.

“Driving the car for the first time on the first stage of the rally itself was less than ideal, but the boys at Activ Rallysport worked wonders to even get it to that point, so I’m incredibly grateful for that.”

Windus’s car is a Ford Fiesta, but its entire running gear is directly from a Subaru, making it the first of its kind anywhere in the world.

The turbocharged engine is from a Subaru Impreza WRX, while the four-wheel drive system is also from the same model. The Ford Fiesta’s body makes the car lightweight and more nimble than what a Subaru body shell would allow.

It’s for these reasons that the Ballarat team have retired their trusty Subaru.

Throughout the rally, the car’s teething issues continued, but Windus was able to learn valuable lessons and drive around them, despite not being able to be his competitive self.

Day one of the event saw the steering dramas return on stage two, which forced the team to return for an early service.

“We had a pretty good feeling in the car at times, but once the power steering failed, it was impossible to drive fast, so we had to crawl to the end of stages,” Windus said. 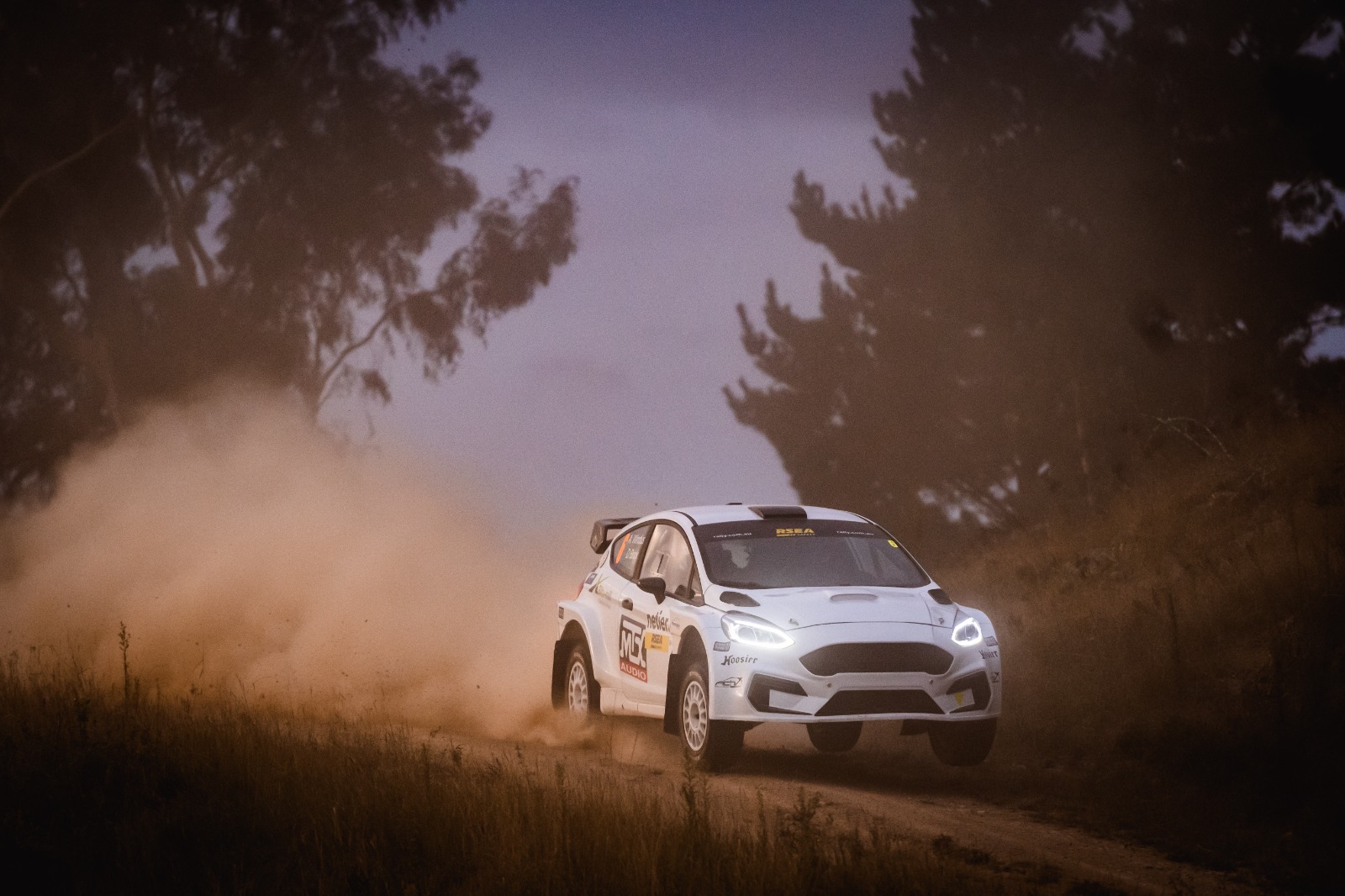 “We could have continued with quick fixes, but decided to retire and get it fixed properly for the second day,” Windus said.

Day two of the rally again saw potential in the brand new car, giving Windus hope for what the future holds this season and beyond.

“On the longer stages, we had to back off as the engine temperature was creeping up, and we didn’t want to risk damaging the engine,” he added.

“As we were driving for seat time and to learn the car rather than for the end result, we were not willing to risk anything, so we cruised through to let the engine cool.”

Windus did gain some reassurance of his speed though, with a 7th fastest stage time on the rally-ending Power Stage, televised live on Channel Seven. 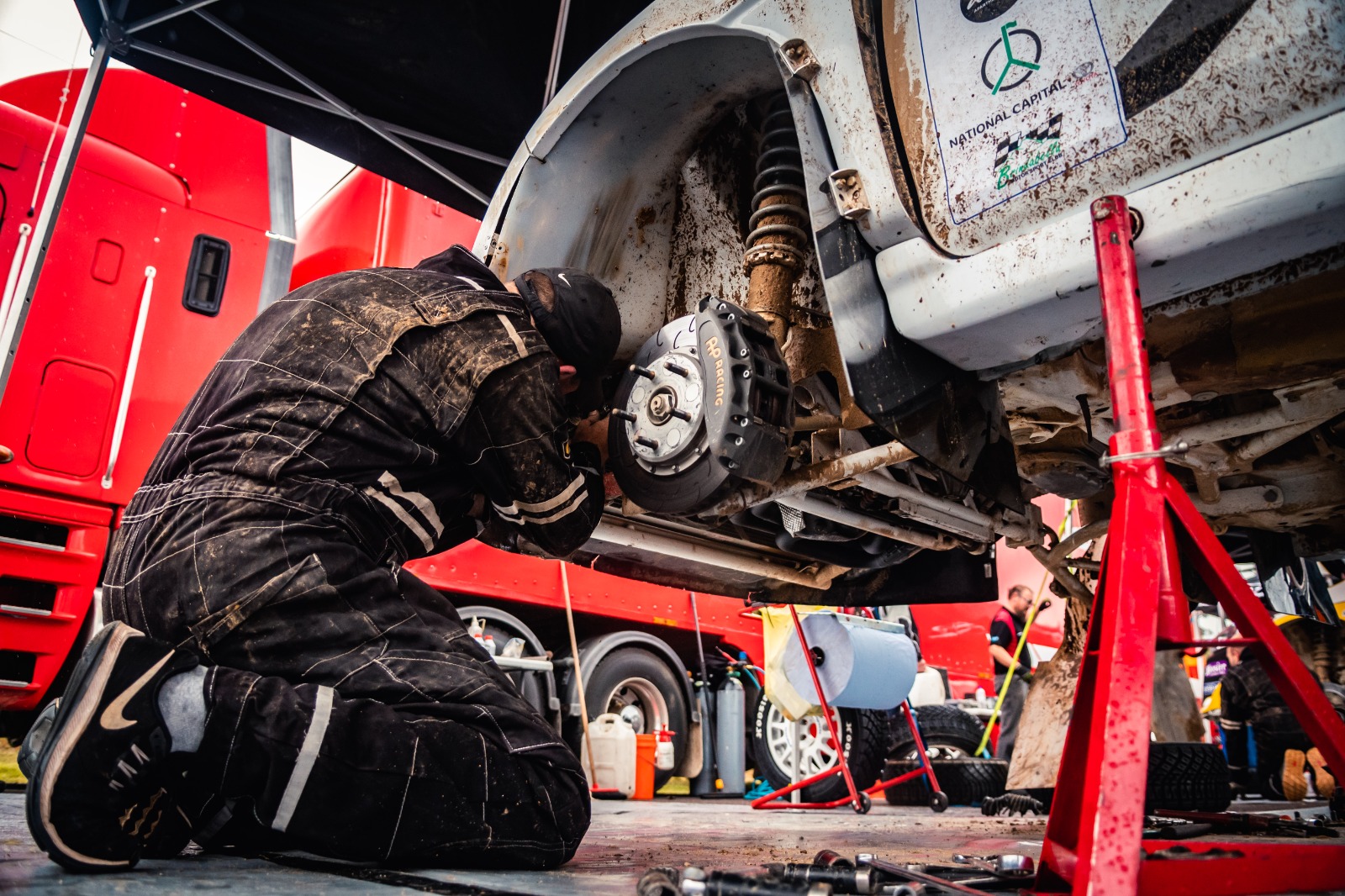 Over a rollercoaster weekend, Windus was pleased with the overall outcomes of the event and is excited for future prospects.

“Even though this is the first of its kind in the world, we can already see so much potential in the car, which is a credit to the way it’s been built,” Windus applauded.

“Despite the issues we had, I was able to get seat time, as well as information to report back to the team so we can improve this brand new car.

“I can’t wait to do more development and testing on the car, to be able to go even faster!”

At the front of the field, Toyota’s Harry Bates took victory, while Shane van Gisbergen and Hyundai’s Brendan Reeves rounded out the podium.

Lewis Bates, who Windus was battling for second place in the championship last season, crashed out on day one, but returned for the second day of competition.

Windus’ Australian Rally Championship campaign will continue at the Forest Rally in Western Australia in six weeks’ time, where he will hit the ground running, looking to be right back on the pace of the leaders.