It’s an increasing dilemma when building or rebuilding your rally car, but the choice of whether to paint or wrap your car has become more and more a ’50-50′ choice.

Gone are the days where a lick of paint is the only option to spruce up your car ahead of the upcoming rally season.

Sign Above, a supporter of RallySport Magazine, is always making advances in their processes to show off your sponsors and new-look livery in a stylish way.

A full-body wrap is a detailed process that makes vehicles from club level to the WRC look great. There is more to it than just stickers, but as Dave King explains, the process begins well before a wrap gets printed.

The design is arguably the most important part of a car’s wrap as it can be the difference between a car that stands out and one that doesn’t.

“Everything with the design can be really complicated, including how some panels line up. Most of the time, yes, I am doing the designs myself, but there are some instances when we may be really busy or the designs are so complicated that the design work is outsourced.

“Often people will be thinking of designs before they come to us, and before getting it onto the car.

“We use a scale template, so all the graphics are planned on the car. You get a good idea of where things are going to go based off this detailed template.”

Great designs don’t always work, however, there’s thought which needs to go into it to protect sponsors’ names and logos.

“You might have a great logo on the side of a car, but you find out that the door handle goes right in the middle of an important word,” King explains.

“Then you’ve got to alter things.

“Usually, when you’re designing a wrap you have it so your side panels meet the hood. At the join It is better have limited lines or patterns which need to match up to make the application easier.

“The vinyl does stretch and move, so you need some leeway in the design.” 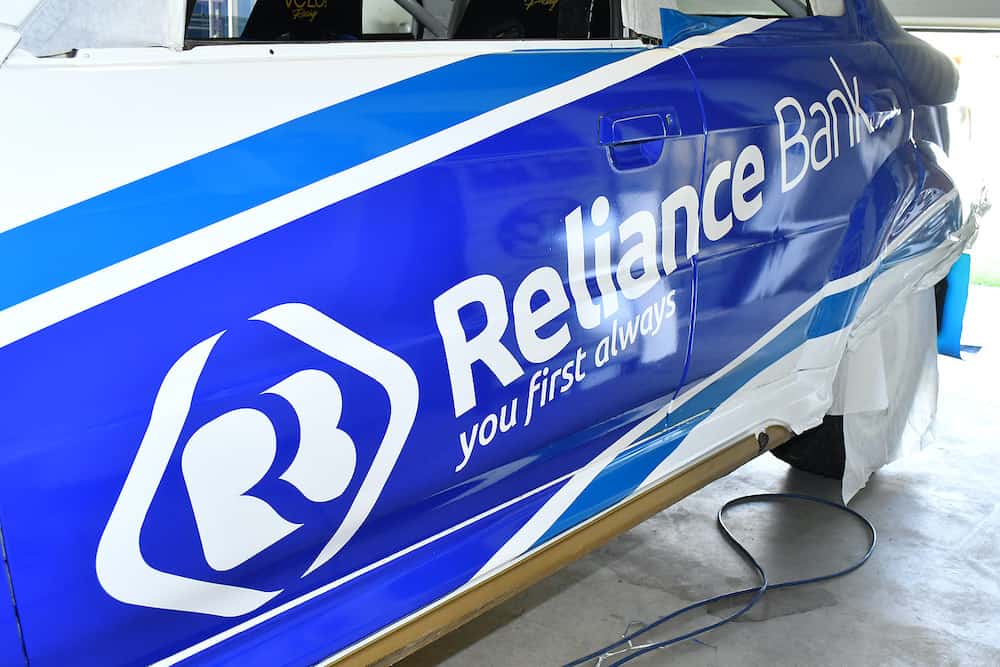 While the preparation is important in any aspect of your rally car, the same applies to wrapping it, and the steps are similar to a paint job itself.

“As long as the paint is in good quality, modern paint, then the vinyl will come off it easily when the time comes,” King says.

“In these cases, you can wrap your car and remove it without doing any damage to the panels. Over the life of a rally car it may undergo several livery changes – sometimes a design might be on a car for just one event”.

“If you’ve got bodywork that is substandard, then as soon as you try and remove it, there is the possibility that it’s going to do damage to the paint underneath.”

Preparation is key, and while the pre-wrap process involves significant cleaning, you simply can’t go past a great base to start on.

“Often on good prep work, the vinyl can be taken off after two years and the paint it’s still in great condition – you could re-wrap it again,” King adds.

Stickers may sound simple, but when you’re dealing with large surfaces of cars, then it’s a difficult process that must be followed precisely.

The team at Sign Above have vast experience in signwriting cars and use large pieces of vinyl to cover the whole side of the car in one piece.

The team lay it onto the car and hold it there with magnets and tape to ensure that it can be stuck onto the car as per the designs.

“The backing has to come off (the vinyl) in one piece and also onto the car in one piece.

“You can imagine pulling the backing off a four-metre piece of vinyl and trying to get it onto place, so usually we have a few people working on the car at the one time.

“The good thing about the modern wrapping media is that it doesn’t actually bond to the bodywork unless you press it down. You can hold it against the panel and it’s like cling wrap – it will stay there without too much issue.

“You can move it around until you push it onto the panel.

Rolls of vinyl used are just under 1400mm wide and cover from below the sill panel and up onto the roof, ensuring the entire sides of the car can be done in one piece.

“With more complex liveries, which is more common these days, it’s much easier for them to go on in one piece.

If the car is having a vinyl colour change in a solid colour, then individual panels can be done but this takes a longer time. 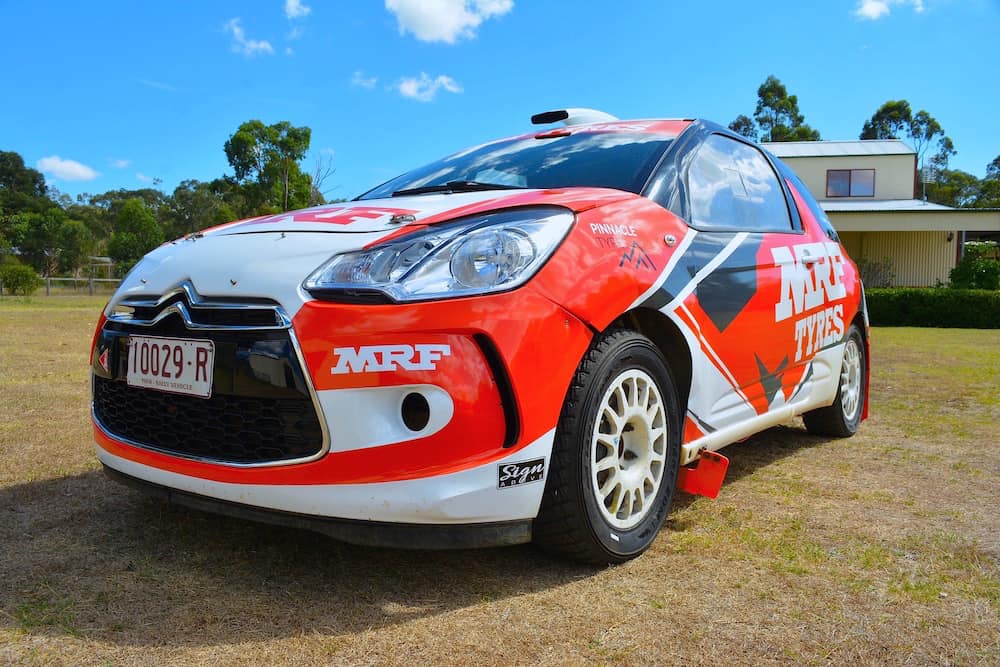 After the majority of the wrap goes on the sides of the car, the focus then turns to the final touches of the car.

Things like the bonnet, boot, and some guards must be done separately, depending on the car itself and the positioning of the features.

These separate parts of the car are all printed as part of the design and are cut specifically.

“If I have a car to wrap, we’ll usually have it for a minimum of five days. This includes all our preparation work and the finishing touches.

“It also needs to stand for a day in the right temperature range to be sure the vinyl doesn’t start to lift or curl.”

Despite being a harsh sport for bodywork, the damage on the wrap is not as significant as you might think.

“Even if a panel is damaged you can go back to the design and print just the panel needed for the repair,” King says.

“I hadn’t really seen rally cars with full wraps until a couple of years ago, and now it’s becoming quite commonplace.

“I’m really quite surprised at how good the wrap actually stands up on gravel rally cars. A lot of people say that it will just get ripped off, but if you’ve got the right sill protection then it is surprisingly good.”

April wins battle of the Ridges

Irish eyes are smiling after victory in Orange