There’s quite a treat in store for fans ahead of Rally Finland from 1 to 3 August, 2014: a road race in the heart of Helsinki. The 'Rally Helsinki Battle' on 26 July will feature not only current WRC drivers, but also one-time stars of the Finnish rallying scene, including legendary drivers such as Juha Kankkunen, Tommi Mäkinen, Marcus Grönholm and Markku Alén. 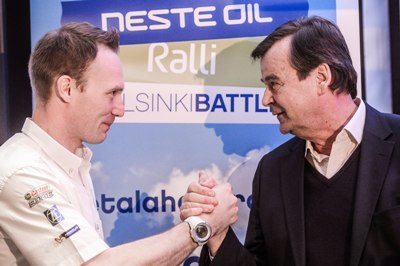 “What better way to attract a wider audience to this sport than with a rallying event in the heart of the capital?" he said. "We liked the organisers’ concept straight away. We’re looking forward to the ‘Helsinki Battle’ because the rally stars will provide the fans a great show.”