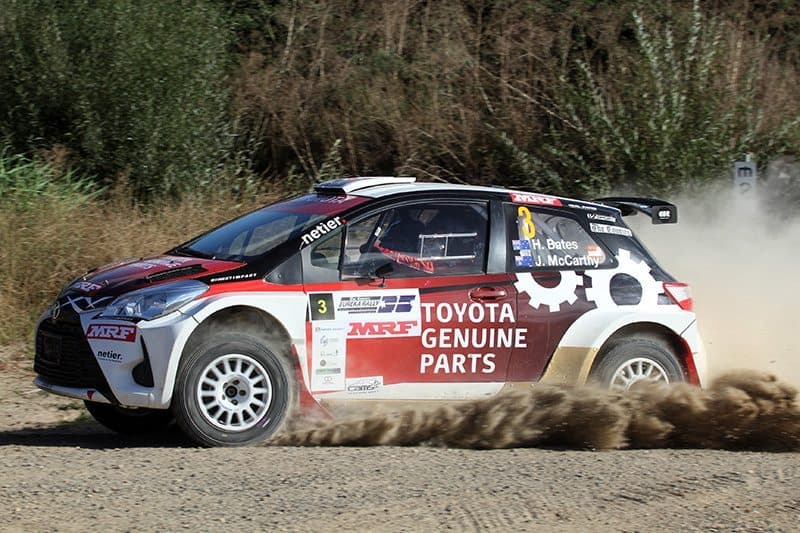 Harry Bates and John McCarthy on their way to winning the Eureka Rally. Photo: Luke Whitten

Harry Bates is fully aware of the challenges that face him and his Toyota team ahead of this weekend’s Forest Rally, round two of the Australian Rally Championship.

Bates gave the Toyota Yaris AP4 its first round win at the Eureka Rally in March, but will have to step up his game in Western Australia with the national championship debut of two R5 specification Skodas.

Eli Evans and Adrian Coppin will debut a pair of Race Torque Skoda Fabia R5s, the standout car of its class.

Bates, and co-driver, John McCarthy are aiming high, however.

“I think an R5 car is a big reach for us at this point,” Bates said. 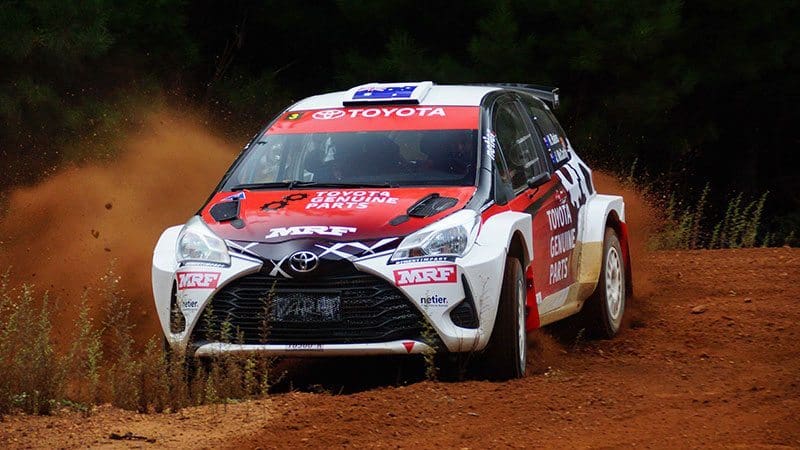 “The Skoda is obviously a very competitive package, and this weekend it is being driven by a multiple Australian Champion, so they will be hard to beat.”

“We’d like to get there (to that level) one day, and we will certainly be trying this weekend,” he added.

Changes to the Yaris’ geometry have been the main developments on the car since its last outing.

“We identified some set up issues which we seem to have fixed, so hopefully the car is easier to drive this weekend and more stable than it was in Ballarat,” Bates added. 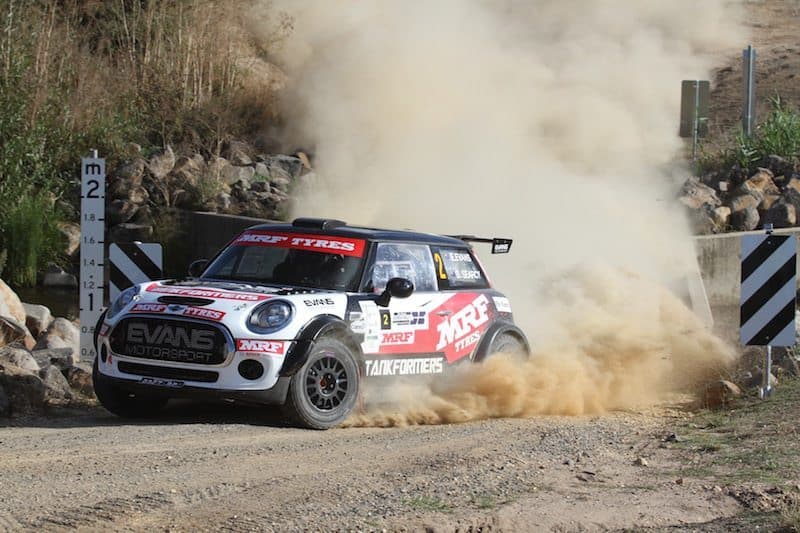 The ball-bearing roads, synonymous with WA, are flowing but technical, which most drivers love.

“For a driver they’re just the sort of roads that you can find a really nice rhythm on,” Bates concluded.