Forty years – give or take a day or so – since Peter Brock, Noel Richards and Matt Phillip spearheaded a Holden 1, 2, 3 in the 1979 Repco Reliability Trial, the much loved event was brought back to life in Melbourne on Saturday, August 17. With a treasure trove of memories and stories of what was generally acknowledged to be the hardest two weeks of Australian motorsport in living memory, and what is surely to be one of the last great competitive around-Australia car rallies, 110 dedicated enthusiasts including drivers, co-drivers, service crews, spectators and event officials met up for a reunion lunch, which lived up to all its promises. There were short grabs and quick speeches from participants ranging from Matt Philip, Dave Morrow, Jeff Beaumont, Larry Perkins, Dean Rainsford, Jim Reddiex, Gary Harrowfield, Bob Watson and Dave Johnston. Some of the not so well known crews, such as Dave Sheridan, Ro Nixon, Brian Smith and Ron Harper, and even event “super fan”, spectator John Aust, who drove from Melbourne to Darwin just to see the cars arrive there – and then drove straight back home – entertained throughout the day. A special appearance by winner of the 1995 Mobil 1 Trial, Ed Ordynski, offered some perspective to the differences between what he called the “easy” event and the “hard” event. 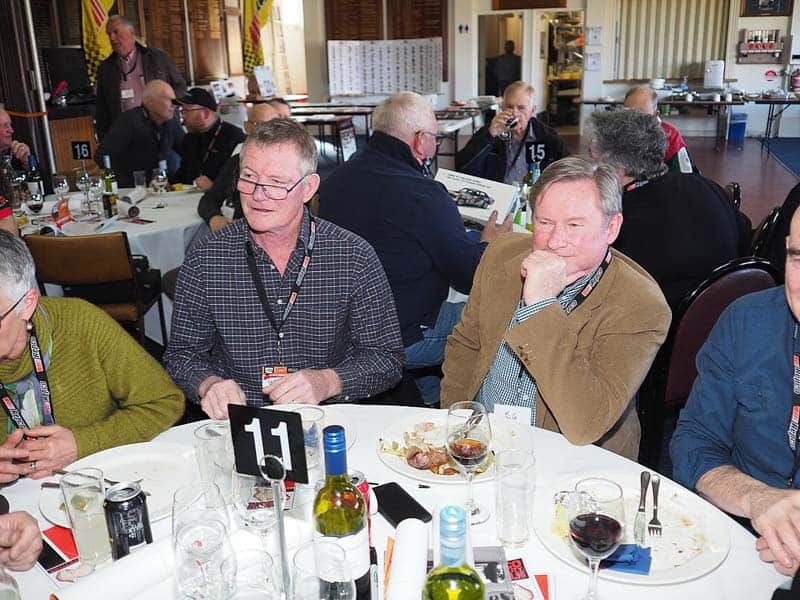 While both events were undeniably hard on car, crew and support crews, the relentlessness of the almost constant pressure of competition, 24-hours a day for nearly two weeks in 1979, tipped the tables in the favour of the earlier event. Organiser of the reunion, Bob Watson, and his band of merry Historic Rally Association helpers, really hit the sweet spot with all concerned and a wonderful afternoon of catching up with long lost friends, regaling and no doubt a few exaggerated on-event experiences was topped off by a short presentation from Gerry Crown, three times winner of the Peking – Paris Endurance Rally. At 87 years old, driving a 45-year old Leyland P76 (which Gerry did admit now has a 4.9 litre engine and was significantly lighter than when built…) Gerry and co-Driver Matt Bryson beat everything that the world was able to throw at him to again win the Peking - Paris this year. Surely a nomination for Australian Senior Citizen of the Year is coming Gerry’s way? The celebrations and banter continued for many hours with the main question being asked “who will organise the 50th celebration in 2029?”

• The reunion was held at the Melbourne Bowling Club, in Windsor on Saturday 17 August 2019 • The reunion was attended by 110 people • 6 original complete crews attended the reunion • A notable attendee was former Australian Rally Champion Geoff Portman – who led the event for most of the way prior to Perth in a Datsun Stanza • Ian Richards, who partnered Was Nalder and Geoff Boyd (one of the six original complete crews attending)  in the sixth car home, a Toyota Celica, has written a highly addictive and entertaining blog about the event at repcoroundaustralia.blogspot.com • A restored works Ford Cortina – driven by Colin Bond in the event and now owned by Graham Wallis – was on display at the entrance to the venue, as was a Mini Moke entered in the event by the Ruyter brothers. 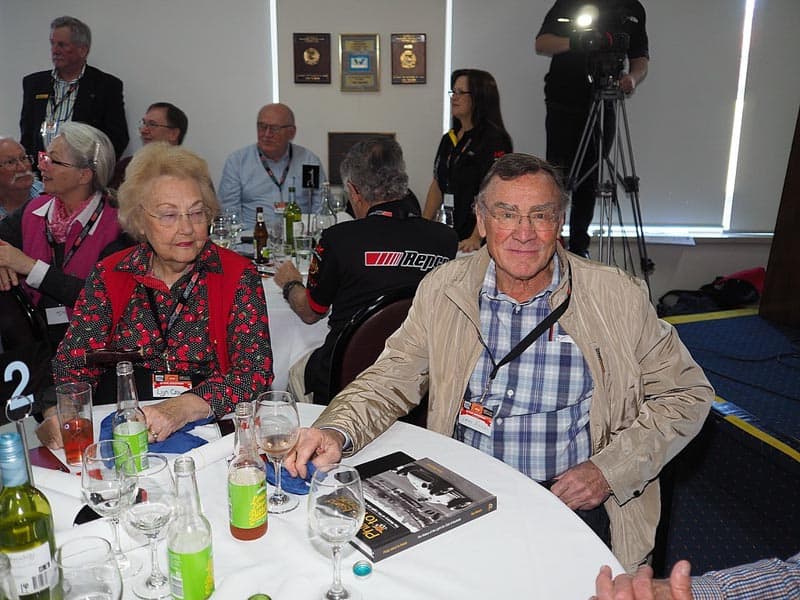 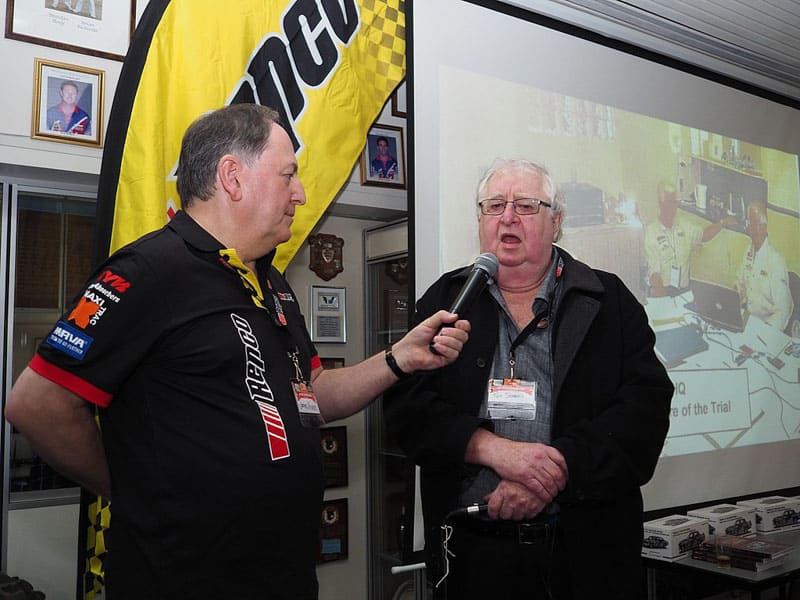 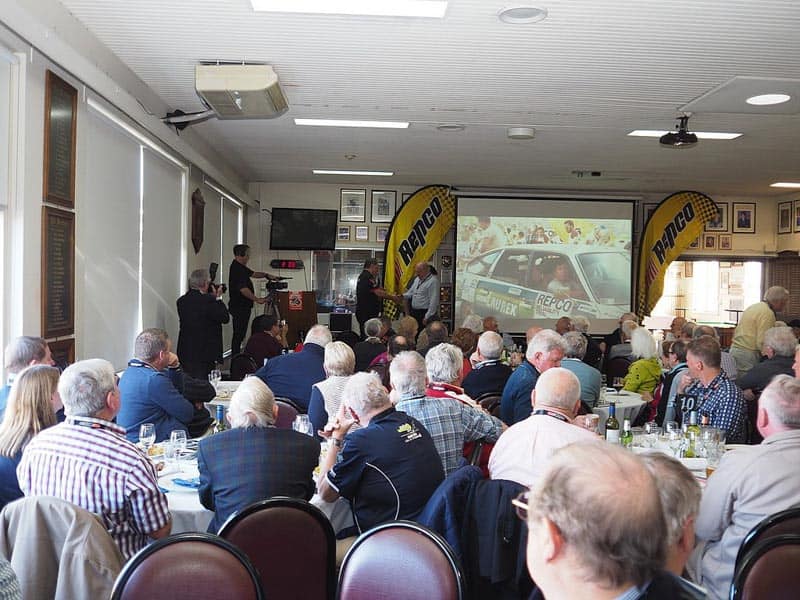 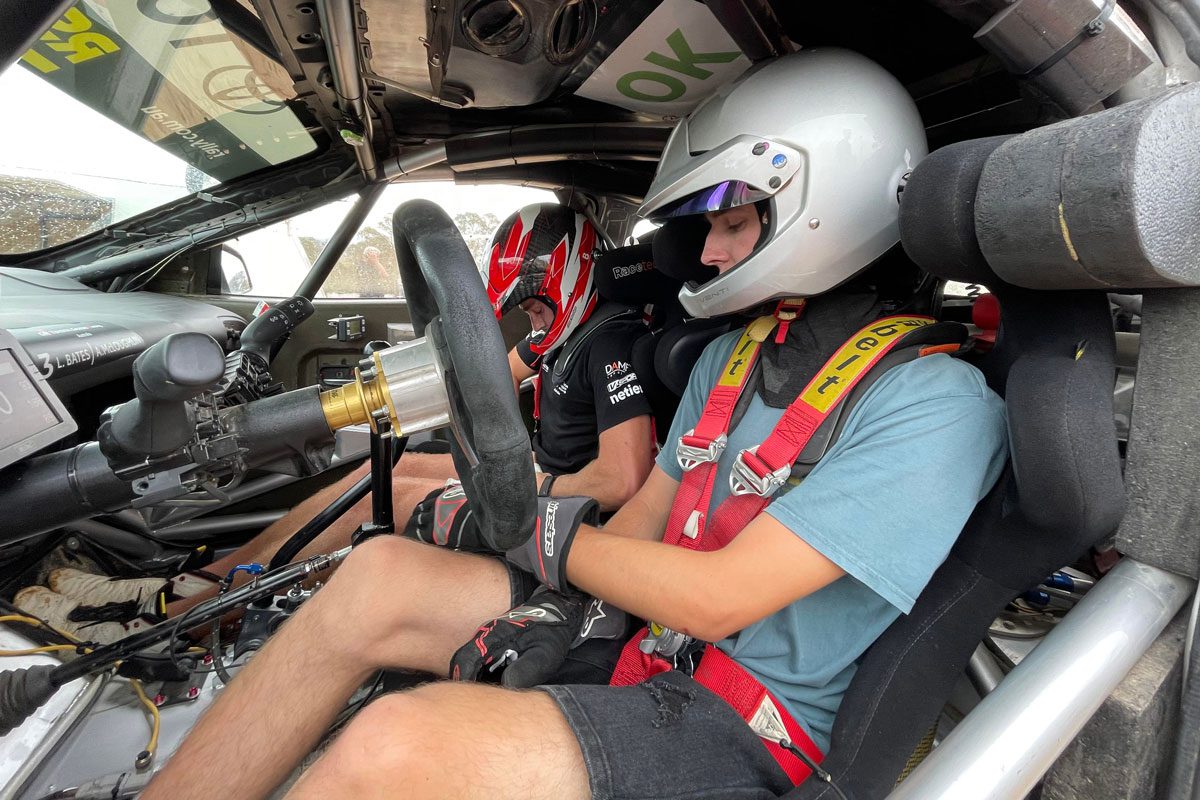 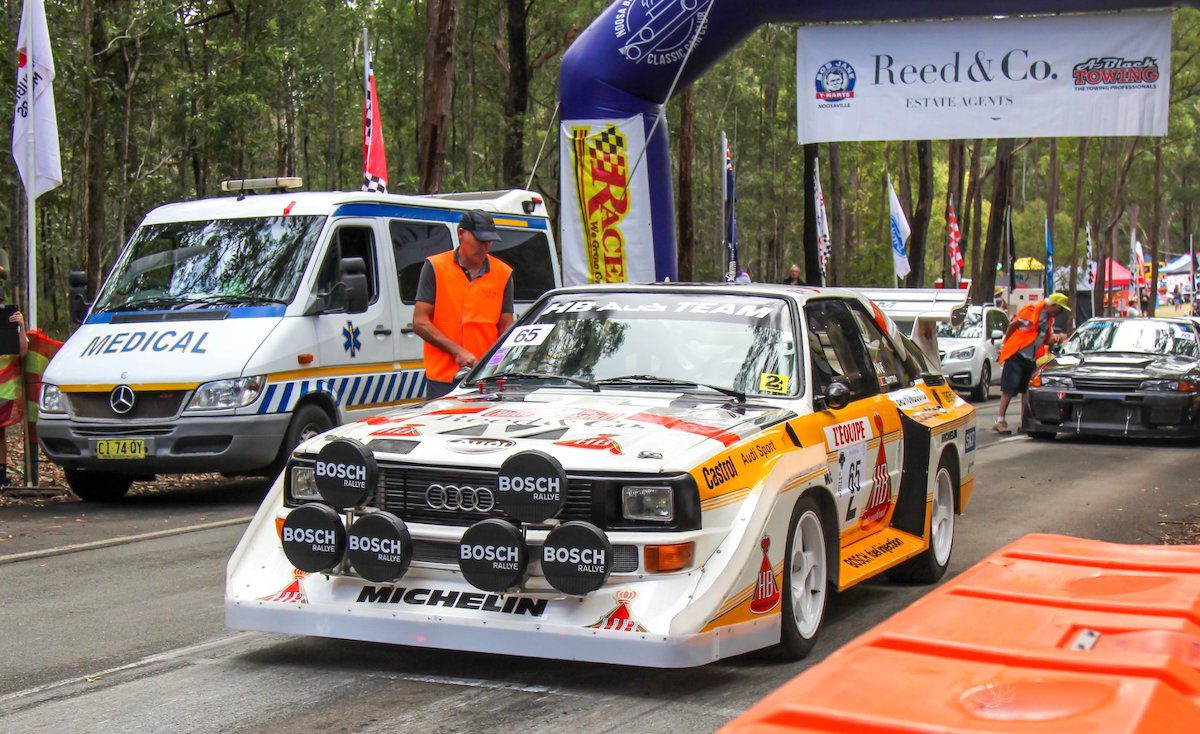 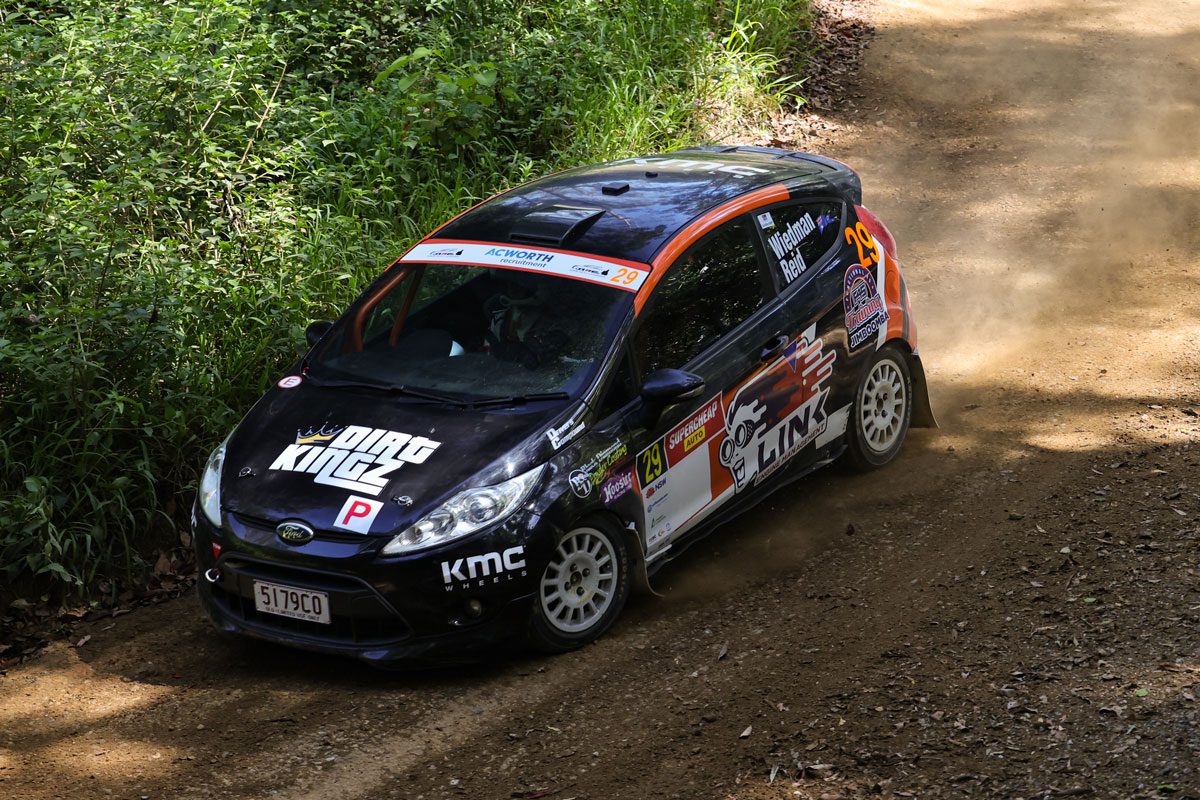