Rally Australia categories give everyone a chance - RallySport Magazine
×

Rally Australia categories give everyone a chance 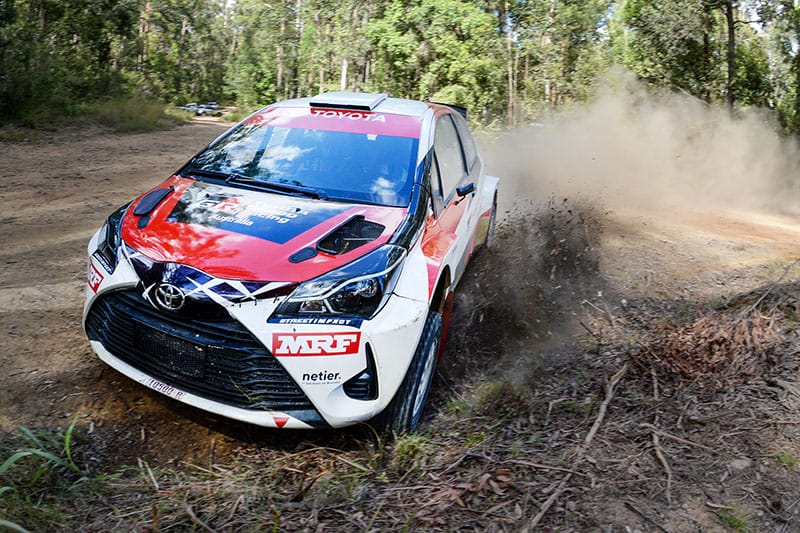 Australian competitors such as Toyota's Harry Bates will be able to contest the WRC category at Rally Australia. Photo: Bruce Thomas

Competitors in almost any type of rally car will be able to live the dream of competing at a world championship round through a range of events at Kennards Hire Rally Australia in November.

Organisers of the country’s biggest rally of the year on the New South Wales Coffs Coast on 14-17 November have announced details of four event categories for modern, invitational and classic cars.

“To start in a world championship rally is the ultimate for any true competitor. Whether they drive the latest and greatest or a 40-year-old Classic, there’s a place for them in Kennards Hire Rally Australia this year,” Kenny said.

“Some will be there to chase championships, others just to compete on the same roads as the WRC drivers, but for every one it will be an experience not to be missed.”

The fastest Australian and New Zealand crews in eligible cars can test themselves by entering the final round of the FIA World Rally Championship (WRC), alongside six-time world champion Sébastien Ogier and many other of the sport’s best drivers.

To encourage participation, entries will be open to cars meeting the technical specifications of the Australian and New Zealand national championships, as well as those built to the international rules for regular WRC competition. This will allow locally-built cars such as the Toyota Yaris AP4s of Canberra brothers Harry and Lewis Bates to test their speed against international-spec machinery such as the Skoda Fabia, Hyundai i20 and Ford Fiesta R5 competing for the WRC 2 world championship.

Holders of national licences will receive a free upgrade to the required international licence from the Confederation of Australian Motor Sport (CAMS).

The final round of the CAMS Australian Rally Championship (ARC) will see the country’s top crews and cars in action over the full WRC course of 25 Special Stages and 323.83 kilometres. ARC teams that cross-enter in the WRC category will earn an advantageous earlier position in the starting order and a $1000 entry fee rebate.

Two categories have been created for non-championship competitors.

The Rally Australia Cup will be open to all cars meeting Australian or New Zealand  regulations. The four-day event will cover 23 Special Stages and 322 kms.  Trophies will be presented to first, second and third outright finishers and there will be a State of Origin award for competitors who nominate for it.

The Rally Australia Two-Day is an invitational event for cars meeting Australian technical rules. Competitors will tackle 16 Special Stages – including the Destination NSW Super Special Stage on Thursday 14 November – and 240 kms in total.

The Two-Day event is expected to attract a wide variety of cars. For Classic competitors, the organisers will award trophies for the first finishers representing Toyota, Nissan, Ford and Mazda.

Details of all competition categories for Rally Australia are available in an information sheet which can be downloaded at rallyaustralia.com.au/competitors/.

Entries open on 12 September. Applications will be available on the event website.