During the 2000s, Brad Goldsbrough was one of Australia's fastest rally drivers, winning the ARC's Privateers' Cup title along the way. The Sydneysider has been out of the sport for a while now, but tells us he has a burning desire to "drive a rally car with more power than I know what to do with". Matt Whitten caught up with Goldy for a chat. RSM: First of all, what do you do with your time now? Brad Goldsbrough: I have three kids (15, 14 and 13) all playing multiple sports year round. Between the family and work there's not a lot of spare time. Is there any rallying to speak of? Unfortunately, at this point, spending hours working on a car and having weekends away rallying is a distant dream. My only motorsport fix at the moment is sometimes sneaking off for a bit of enduro riding. 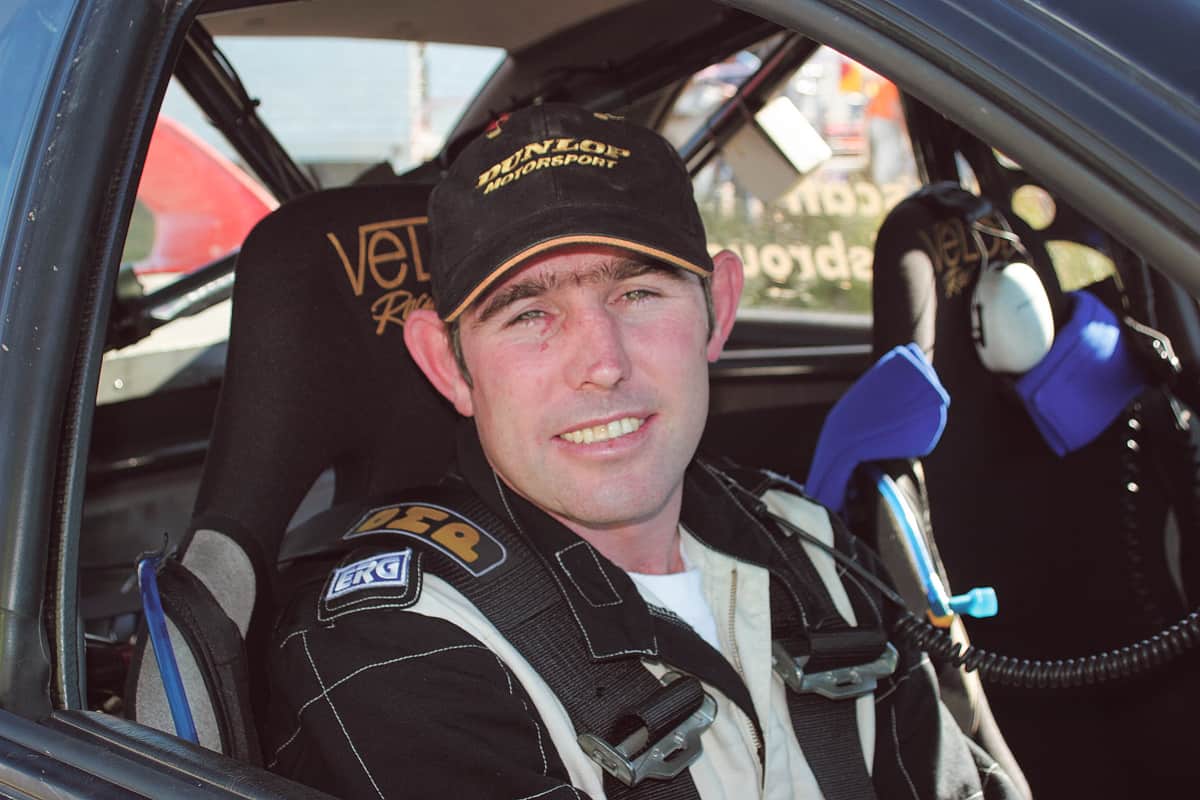 Brads Goldsbrough was one of Australia's fastest rally drivers in the mid 2000s. Photo: Neil Blackbourn

What lured you in to compete the Australian Rally Championship in the early 2000s? That's a hard question to answer. Probably the life experience. I started out in a Datsun 1600, racing with my partner, Vicki, and it certainly wasn't on the radar at the start. I guess the more competitive we got, the more appealing the ARC became. Once we had a taste of the ARC there was no going back to State rallying with the day and night format. You were a leading privateer in what many describe as a golden era of Australian rallying. Tell us about this? It was very much lucky timing. When we turned up there was some red-hot competition in the factory and privateer sectors. Along with that, the State Championships were running alongside the ARC in each state, and there were some very competitive drivers in that competition to push us as well. Once I started and realised how far behind the factory drivers we were, it became a challenge to try and match their times. 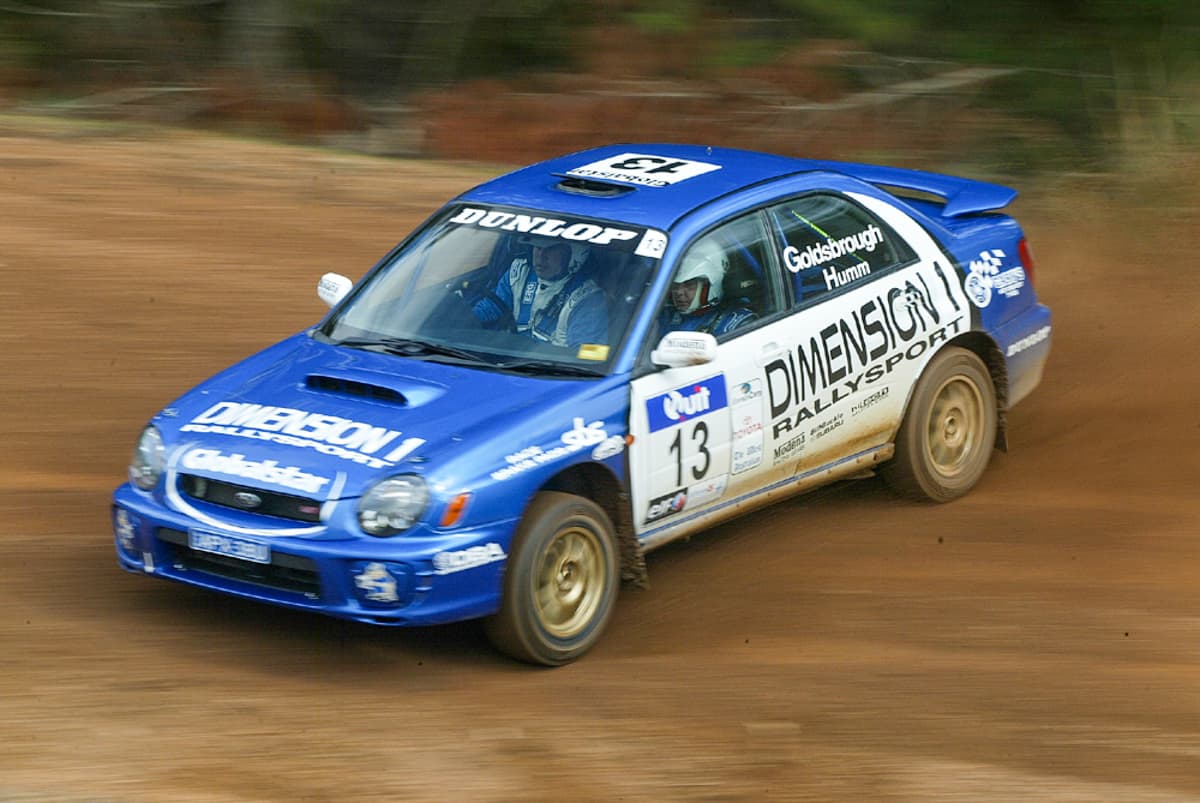 Goldsbrough slides his Subaru through a corner on the Forest Rally in WA. Photo: Neil Blackbourn

It was a lot of fun because we had some great drivers and navigators around us and we were all pushing to catch the factory teams. We really did help each other get faster through our own intense battles, whether it was for 5th place outright or 10th place, there was always someone pushing you. All the privateers at the time where very approachable and we formed some great bonds and had some very funny experiences. From the moment you got to an event it was such a mixed bag of emotions. You went from being nervous, to serious, to laughing, telling stories, playing practical jokes on each other, playing mind games with each other, and then ultimately sharing beers and telling stories of the event. All this with your rallying family, before packing up and driving hundreds or thousands of kilometres home to do it all again in a few weeks. Fantastic times! 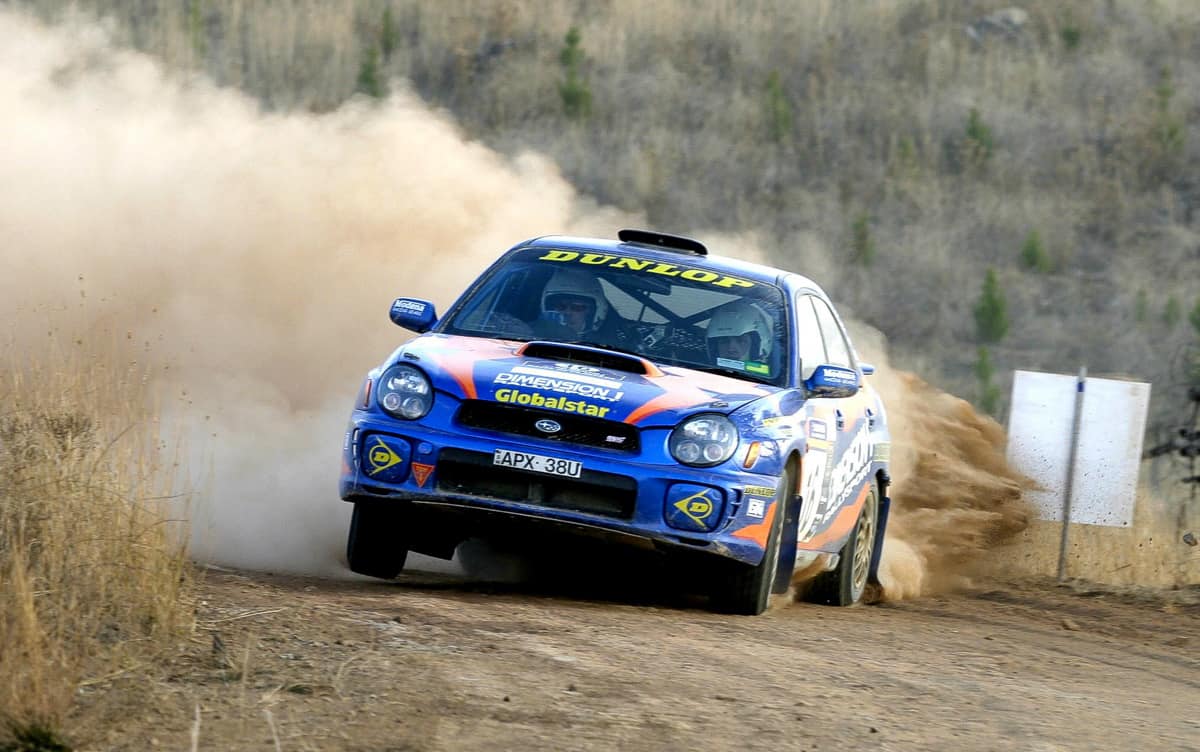 Why did you stop competing in the ARC, when you were still setting an impressive pace? There was a number of factors. I just started having a family and work was moving in a new direction that demanded more time. The outright costs where high, but probably the biggest factor was that some rules came in that moved the goalposts and made it even more difficult to chase the same times as the factory teams. When you spend the off-season working and testing to come back faster each year, and then have potential rule changes pushing you back was getting hard to cop. So I decided to go back to racing in my two-wheel drive and enjoy rallying without the pressure, and help promote AMSAG as the grass roots of rallying in NSW. 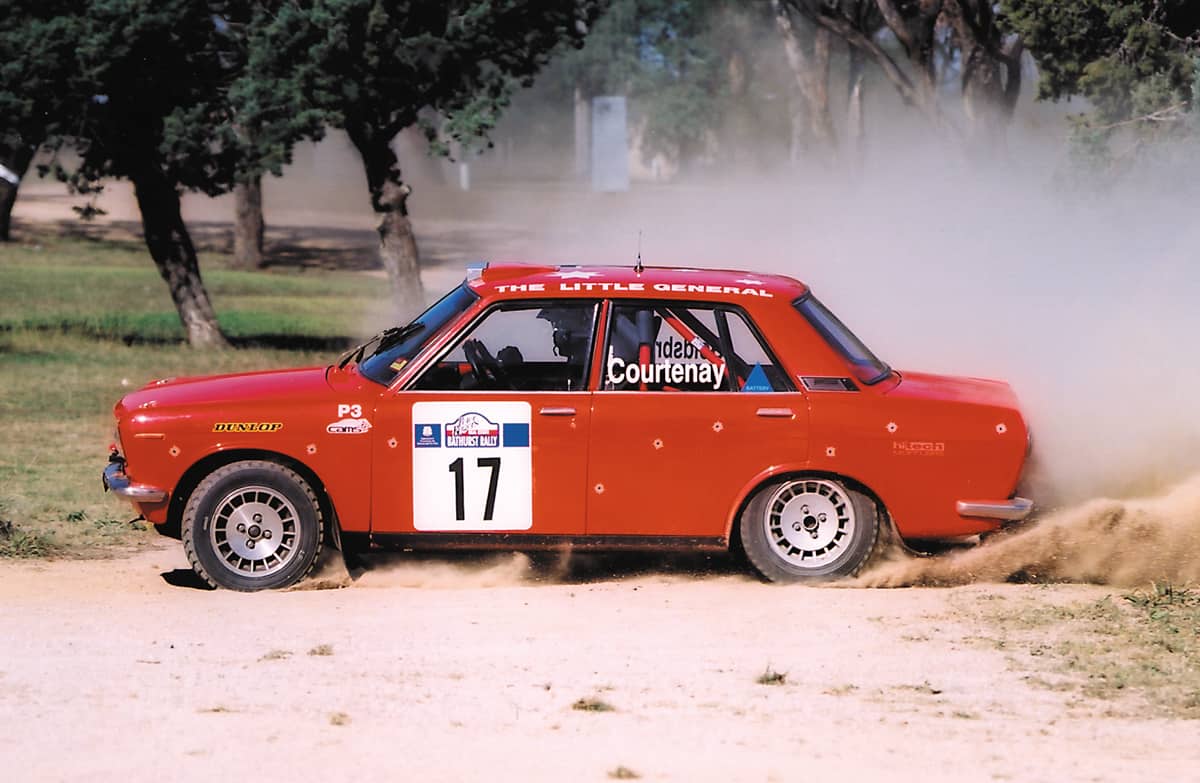 Goldsbrough worked his way up the ranks, starting in a Datsun 1600 in club events.

You did the New Zealand Otago Rally in 2009 in a Datsun 1600. What was your experience of this? That was such an amazing experience. I was lucky enough to team up with a couple of other Australian crews, which made it easier to manage the logistics of transporting the car to NZ. We took our service crew over with us and it was a great way for us to say thanks for all they had done over the years, and share another life experience with them. Racing on the Otago rally roads, which were very fast and challenging, alongside Kiwi and other international drivers, was such a great opportunity. We were told we had no chance of being competitive against the Kiwi crews, so had some motivation to try and do well. We were very fortunate not to bin the car early through a few driver errors, and finished another event, which was a feat in itself on those fast, off cambered, crested, slippery, but somehow grippy roads. And once again have a beer and tell a few stories with our new rallying friends. The Otago experience also led to us competing in the Silver Fern Rally later on, which is something I would highly recommend to any rally fan – driver or spectator. 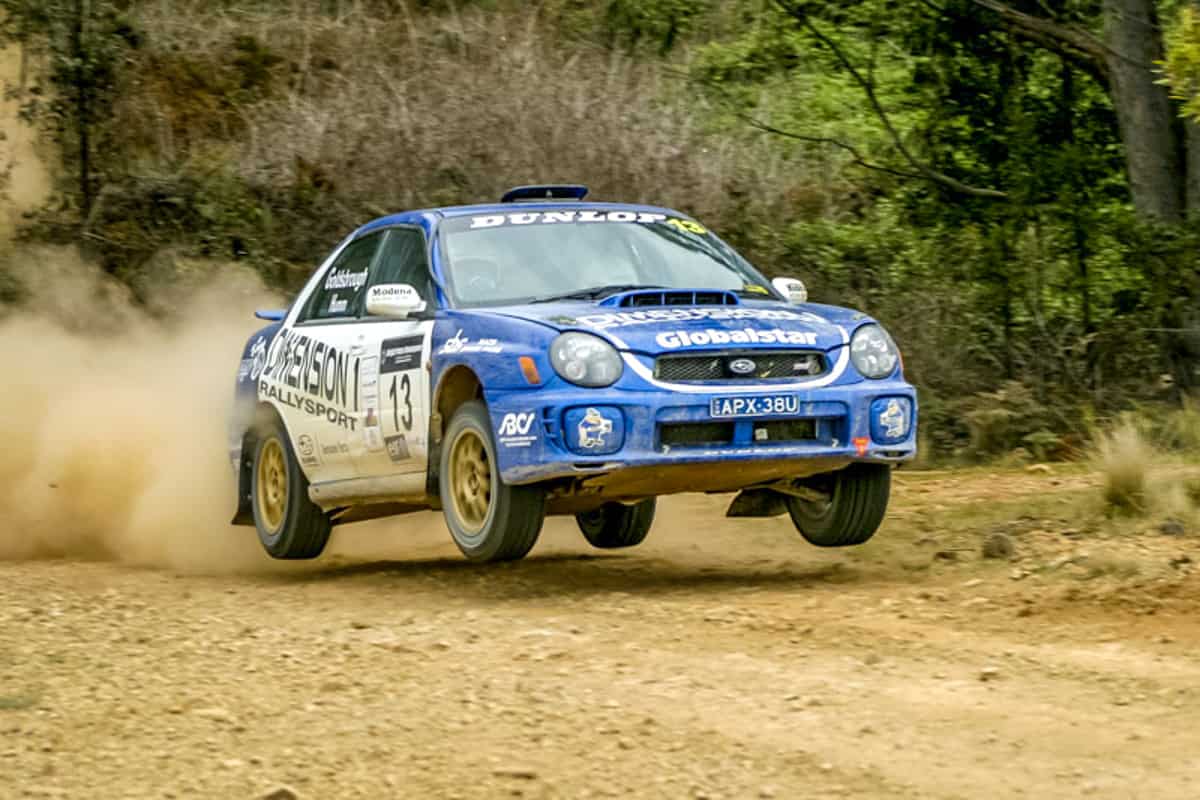 Jumping his Subaru Impreza WRX at the Bathurst Rally in 2005. Photo: Peter Whitten

What do you think the of the ARC now? What would you change? I've been out of the ARC for too long now to make any comment on how it's run or what I would change. I do think that any departure from Group N that occurred in the past, where we restricted power output, is a step in the right direction. It's much more spectacular for everyone involved to see a rally car in full flight through the forest Finally, the burning question – is there any temptation to come back and go rallying again? Short answer - yes. The longer I'm away, the more motivated I am to get back to some form of rallying. You know, as the saying goes: "The older I get, the better I was." I still have a burning desire to drive a rally car with more power than I know what to do with, and one day I'll make that happen. But having been out of the game for all these years, that car could now possibly be a Gemini! 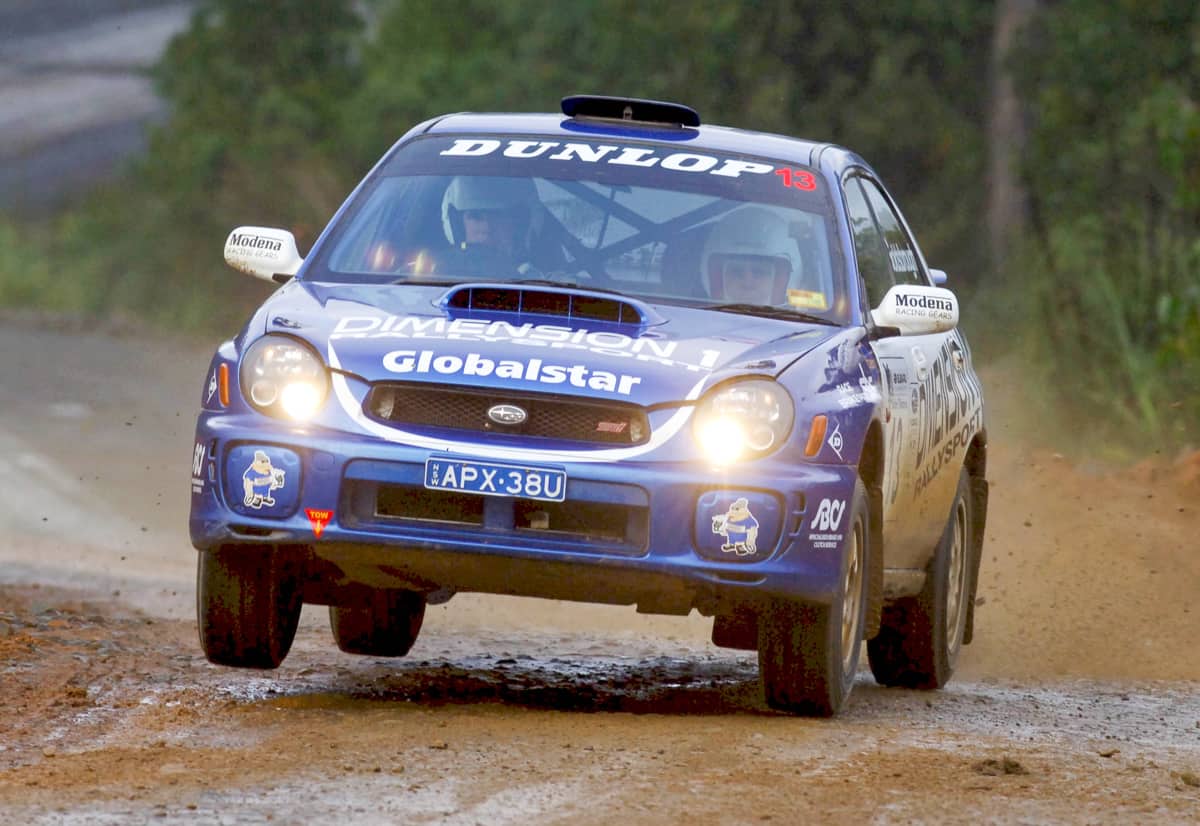 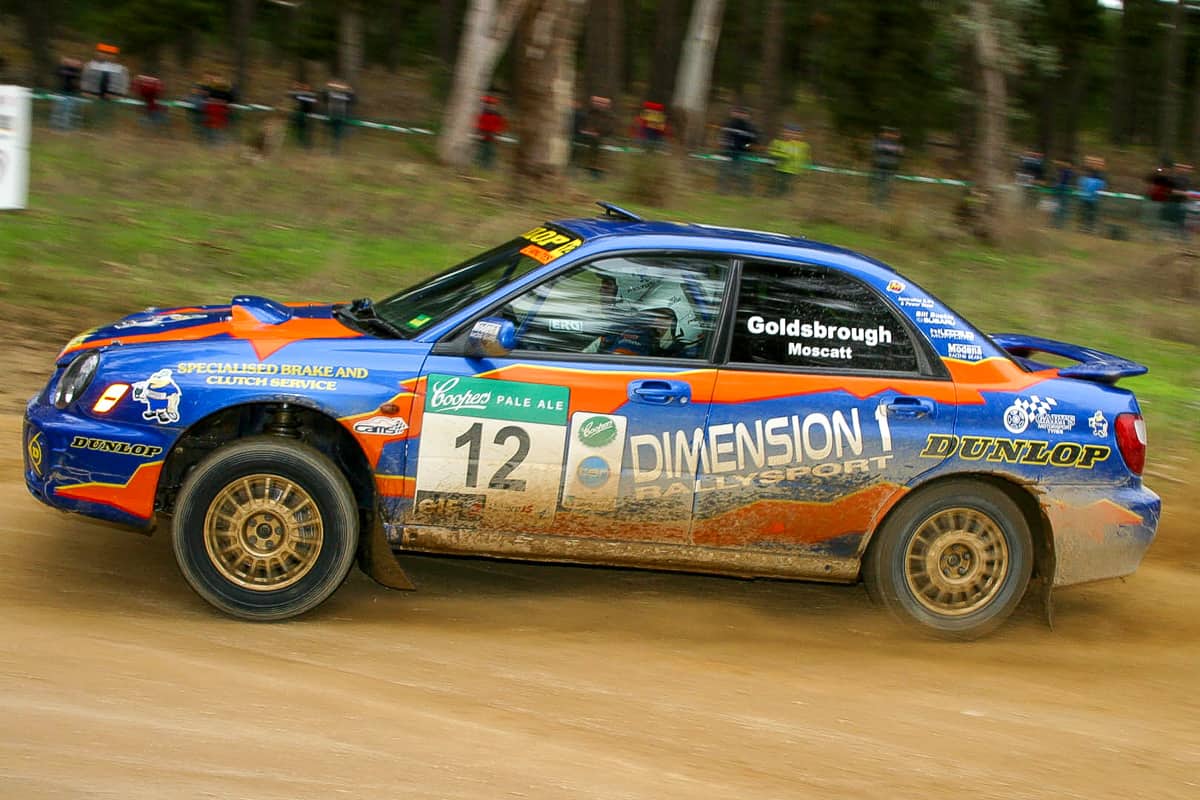