Coral Taylor could easily be referred to as “Mrs Australian Rallying”, after a hugely successful career in the co-driver’s seat and now as a team administrator. With a daughter at the top of the ARC tree, and with a foot in both the Toyota and Subaru camps, life has got a little more tricky for Coral, but she still loves every minute of it. We chat to her about rally cars, horses, Halls of Fame, being a mother to a rally star and, of all things, Audi Quattros. Enjoy our 5 Minutes with Coral Taylor. RSM: Now that you're not competing, what's keeping you busy? Coral Taylor: When Toyota pulled out of the ARC back during the Global Financial Crisis I thought my life would quieten down. But somehow it just got busier. When one door closes it seems another couple open up. During that period Neal built the classic RA40 Celica and we continued to rally in the ARC and Neal Bates Motorsport (NBM) continued to run other competitors – Clay Badenoch in his RA40, Michael Guest in the Polaris, Adrian Coppin, and Harry Bates started competing in the ARC in his 2WD Toyota Corolla. I also had a couple of board roles and worked on my trading business. It was a very busy time. Four years ago Toyota began their one-make Toyota 86 Racing Series. NBM manages the technical support for the series and we run cars for the invited celebrity drivers. So my role within the team, as a co-driver and also managing the admin and logistics of the team didn’t really change. The current COVID-19 situation is the first time in many years that I’ve had more than a few weeks at home at any given time, and I’ve been enjoying catching up on everything home related. 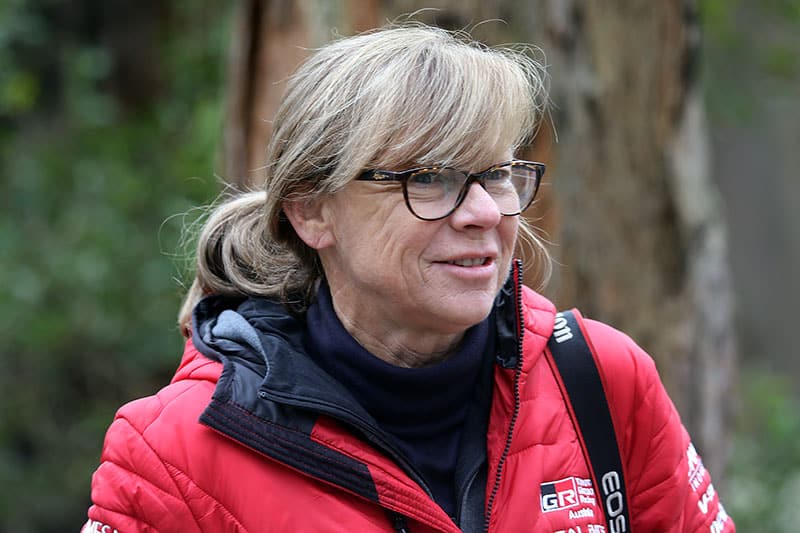 Does motorsport still give you a buzz, despite not sitting in a car yourself? Yes it does. It’s just in a different way. The pre-event preparation for me is still the same. The desire to succeed is just as strong and the highs are still high and the lows are still devastating. As a mother, how difficult is it to attend events and watch Molly competing, especially with a couple of decent sized crashes in the past 12 months? Before rallying, Molly was focused on equestrian sports and 3-Day Eventing. I would go to those events and walk kilometres looking for a great spot to take photographs on the cross country course. As soon as I knew Molly was on the course my heart rate would go up and I would feel so nervous. And then she’d come into sight, galloping towards jumps, up on a horse with a small hard hat on her head, and I would just hold my breath. When she started rallying I was actually a little more relaxed – there was a lot more safety equipment around her. But having said that, I do find it nerve racking. I couldn’t spectate, I would instead keep myself busy doing something in the service park. When she went overseas to rally there were so many things for a mother to worry about. In 2015 when she returned to Australia to compete in the ARC, Neal and I were also competing in the same events. For the first couple of years the classic cars ran at the front of the field, so she was always behind us on the road and I’d find myself thinking during the stage: “Geez, I hope she’s got that one noted in her notes”. I’d spend the next liaison refreshing the stage times on my phone a hundred times waiting for a time to come up. But over the years I became much more comfortable. 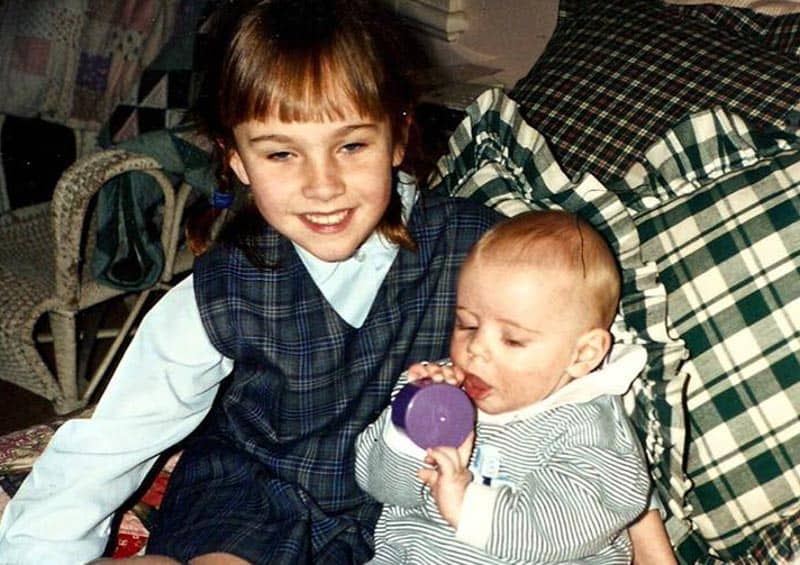 Is it possible to remove yourself from the personal side of the sport when you have people so close to you competing? No, not at all. It is all about the people. When it’s your own child it’s just more intense. You have such strong allegiances to Toyota, yet your daughter drives for Subaru. How difficult is it to have a foot in both camps? It is very difficult. Probably the most difficult situation I’ve ever had to deal with in rallying. I’ve been working with Toyota and Neal Bates Motorsport for so long, it has been a huge part of my life. I never imagined that one day Neal’s son and my daughter would be competing against each other. But I think there is something special about rallying and the camaraderie between opposing teams. For so many years we competed against Possum Bourne and Subaru, but at the same time we were great friends. The NBM boys would weld Possum’s recce car back together and when we went to the NZ WRC round in 1997, Possum took us under his wing. He organised a shared recce service crew and fed us on the event in his motorhome. The red Toyota team wearing Dunlop caps, having dinner with the Blue team in their Pirelli hats ,while trying to beat each other in a WRC round. I just say that I’m a red person with a blue heart. Besides, Toyota do own a share of Subaru. 😊 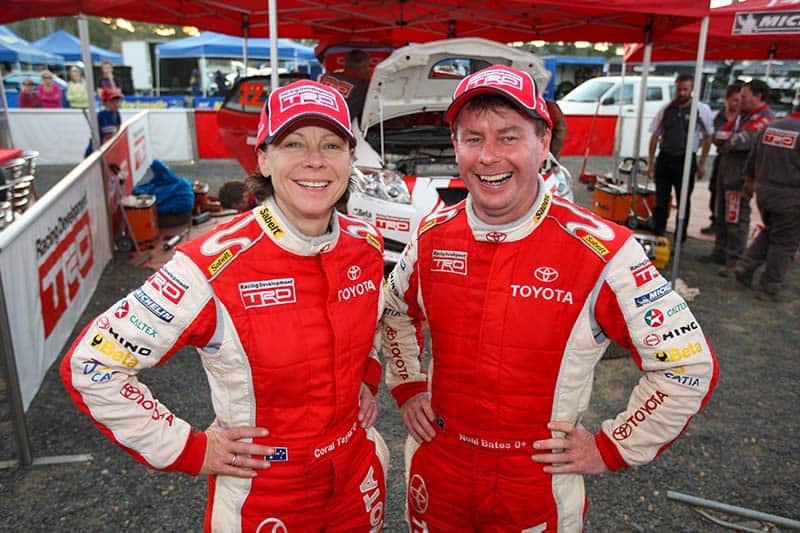 Coral Taylor and Neal Bates formed a formidable combination in the ARC.

Presumably you can be privy to in-team news on both sides that you aren't allowed to tell the others. This must be hard. Actually, this part is not so hard. You intrinsically know what is right and wrong and you don’t cross the line. Both teams are professionals and for me I know that each team is doing the best development and preparation they can for their respective cars, and I just leave them to it. You've had a big involvement in the Australian Rally Hall of Fame in recent years. How important is it to recognise the sport's legends, and is it hard to put a cap on who gets awarded and who doesn't? I think it’s really important to respect and recognise the history of our sport. Hats off here to Ross Tapper who was the main protagonist for many years to get the Australian Rally Hall of Fame off the ground. He was, and still is, very passionate about our sport’s history. It is certainly difficult to choose the recipients. There is a long list of worthy people from all aspects of the sport and each year that list is voted upon and culled down to a short list of possible recipients. As a multiple ARC champion, can you name one change you would make to progress the sport into the future? Cutting back the required number of days required to attend an ARC event. 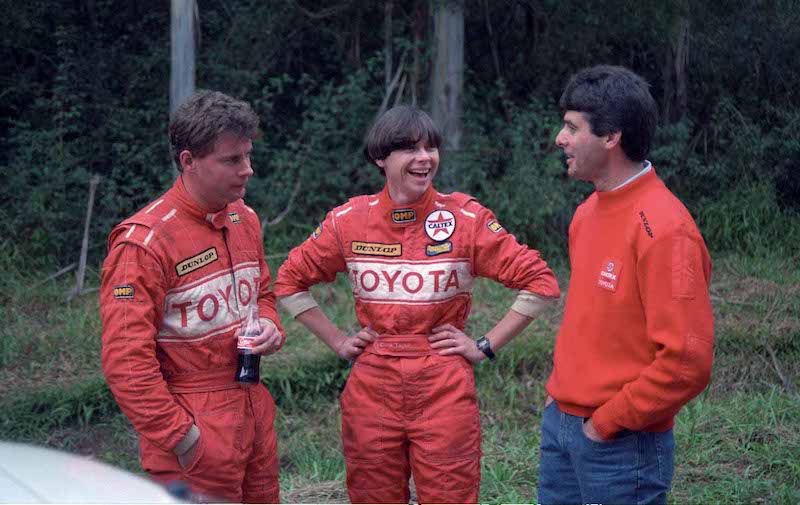 Are there any plans for you and Neal to get back in the car again soon, or perhaps even with husband, Mark, for an event at some stage? A couple of year’s ago I said to Nea:l “Does this mean we’ve retired”? He said no, and that we were planning a few events that year. But in reality we only managed one event. It’s purely due to the fact that he is running both his sons in the ARC and that keeps everyone really busy, and obviously takes up a lot of time and resources. We will still compete in a few events whenever it is possible. We do regularly compete in the NSSCC Twilight Rallysprint events. Finally, what cars are in your garage, and give us a little background on why they're there, and what they mean to you. Toyota Landcruiser is my daily driver and I love it. Audi Quattro - which Molly and I bought together and we are restoring. It was the first Audi Quattro in Australia and was originally bought by Kerry Packer, direct from the Sydney Motor Show in 1981. Why? In 1983 I went to the 1000 Lakes Rally in Finland and saw my first ever round of the World Rally Championship. The Quattro was something so special and I was a huge Michelle Mouton and Fabrizia Pons’ fan. Oh, and the sound! 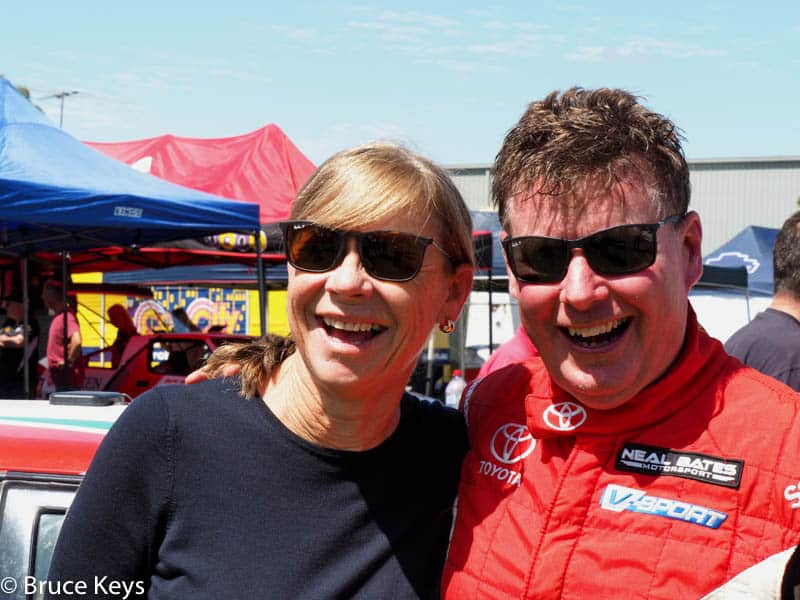