She’s small in stature, quiet in nature, but big on performance. That pretty much sums up Toni Feaver, one of Australia’s most experienced rally co-drivers. She’s sat besides Australian champions Molly Taylor and Justin Dowel, Will Orders, Adrian Coppin and now John O’Dowd. We thought it was long overdue for 5 Minutes with Toni Feaver …… 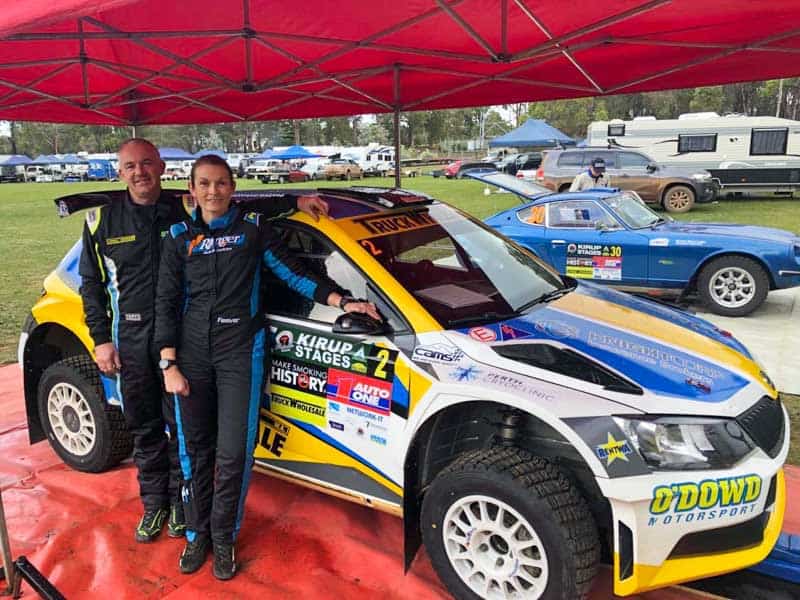 RSM: Your co-driving career goes back over 25 years and your first WRC event was in Perth in 1995. How did you get involved in the sport? Toni Feaver: Spectating at Rally Oz in early 90s, I was almost more interested in the helicopters flying around with cameramen hanging out of them, as my interest in a career in aviation grew. Then, whilst an apprentice at the airport, I was contacted by a photography teacher from my old high school, Keith Hedgeland. He was a long-standing competitor at Rally Australia, and he was starting up a youth rally team, and even though I was a 1993 leaver of high school, he offered me an opportunity to join the team and help build up their car, an FXGT Corolla. When it came to trying out for a position in the car I put my hand up, and regrettable brought along a friend from the airport. We all tried out for the position of driver, at Tolley Challis' farm, with Matt Knox in the passenger seat. I came runner-up to my friend from the airport, but won the position of co-driver. We were given tuition by the late great Rod van der Straaten, a very dear friend of mine. I competed in one clubman event to try out this navigating stuff, and then straight in the deep end at Rally Australia in 1995. 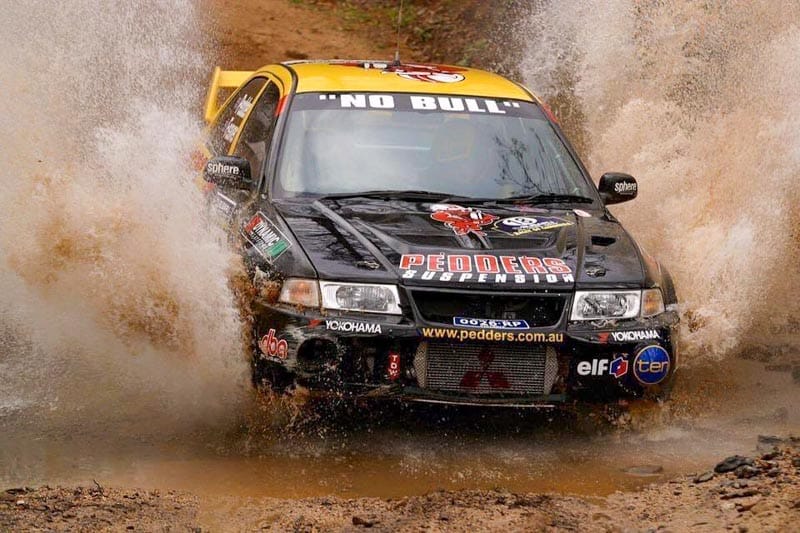 Sitting alongside Mark Pedder in the 'No Bull' Lancer Evo at Rally Queensland.

RSM: Did you ever want to swap sides and try driving yourself? TF: As in my first answer, I tried out as driver for the youth rally team and missed out on this, other than that I have done lots of auto-x type events, and was considered a fast female, but always hated being put in a box of boys and girls. I wouldn't have been happy until I was just considered fast. I soon realised that I could make other people go faster sitting in the co-driver seat than I ever could have driven myself, and haven't looked back since. RSM: You've sat beside some incredibly talented drivers – Warren Tuckett, Abe Tuckett, Ashlea James, Mark Pedder, Emma Gilmour, Will Orders, Molly Taylor, Justin Dowel, Brad Markovic, Adrian Coppin, John O'Dowd. Which three stand out more than the others? TF: Will Orders, Abe Tuckett and John O'Dowd. Pure talent, blind faith, honesty, road and note vision, best mates, ability to listen and learn, focus, shared passion for the sport and ability to laugh at themselves. You choose which suits which driver.... 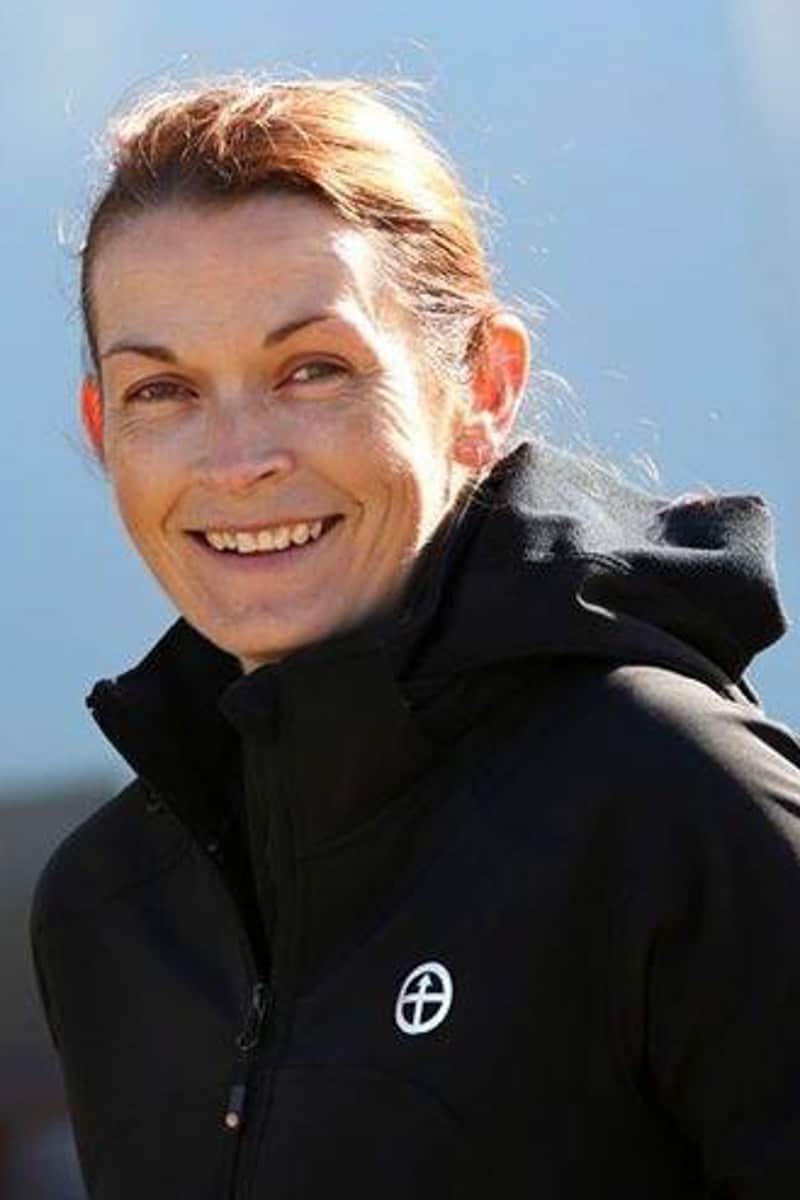 Toni Feaver is one of Australia's most experienced co-drivers.

RSM: Did the all-girl pairings with Emma Gilmour and Molly Taylor have extra significance for you, or is a rally driver a rally driver? TF: I don't feel I achieved the best out of either of my pairings with female drivers. I just think it was more a timing issue, and we were all in the wrong parts of our careers to make the most of it. I have great respect for female drivers. I have always worked in ‘male dominated’ industries, and I am not a feminist, I have never wanted to be noticed because I am a female trying to do a male sport or job, and I believe these women are the same. I imagine it is hard to get the balance right, of being just a bloody good driver, being a female, and using the interest you receive in your career, because you are female, but not abusing it, because you are female. I think both Emma and Molly have done this so well. They are stand out talented drivers in the sport, great ambassadors for the sport and for women. They are strong, talented, smart, beautiful, passionate people and have strong morals. 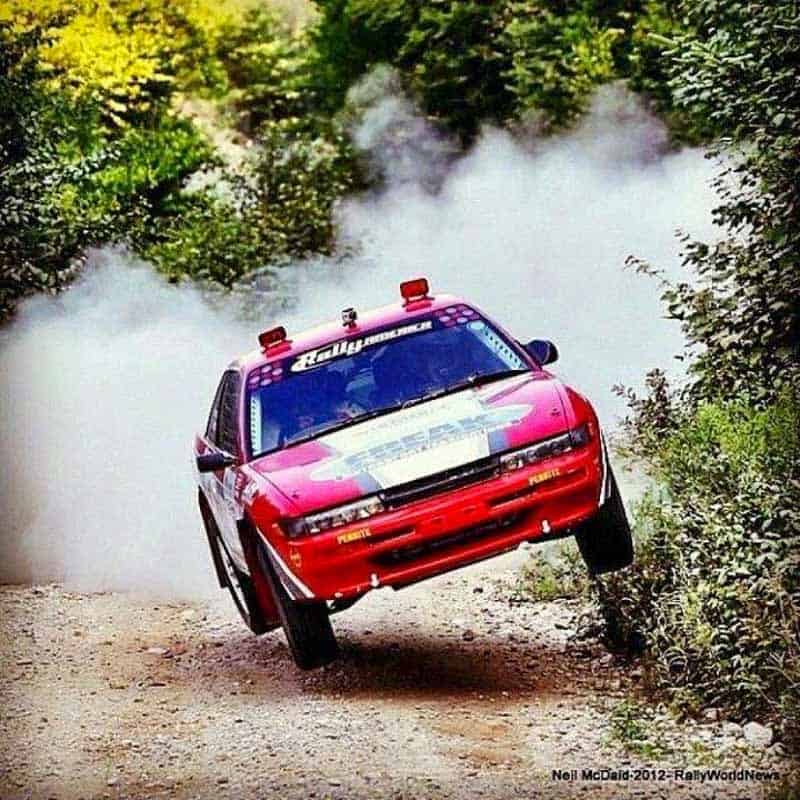 Jumping for joy with Will Orders during their season in North America.

RSM: You've done events in NZ, the UK, China and the USA. How difficult was it for an Aussie co-driver going to those far away rallies? TF: We are so lucky in the sport of rallying to be able to compete around the world, and hopefully we will be able to do that again one day soon. Other than a few little rules here and there that are different, and maybe timing and car regs, once you are in the car, on stage, rallying is rallying, and the grin on your face is just as big wherever you go. The passion for the sport is the same everywhere, and that is so refreshing RSM: In 2012 you did four events with Will Orders in the USA, with mixed results. Is America an under-estimated rallying country, and can you see the country hosting a WRC rally in the future? TF: Yes and no. We competed in the Rally America National Championship, where some events, like Oregan Trail, and New England Forest Rally felt like an ARC or bigger. There was big hype and super special stages, but this also was a bit dependent on if Ken Block was competing or not. Then other events it felt like you just travelled three days to do a state round, and now you were going to travel three days to get back home. Most events used single pass recce, and Jemba notes were handed out. I think part of the reason Will Orders and I did so well over there, was that we were very confident in our noting ability, we both shared the same notes, and we were able to write a near perfect set of notes in a single pass. We trusted in each other, and if Will didn't pick something up, then I would have got it. So, I did feel they were a bit behind Australia when it came to noting, but that is a very generalised comment, of course. As for the stages and passion for the sport, they were definitely as able as any to run a WRC event. They always reflected on the days they did have a WRC event, the Olympus Rally back in 1986-1988 I think. 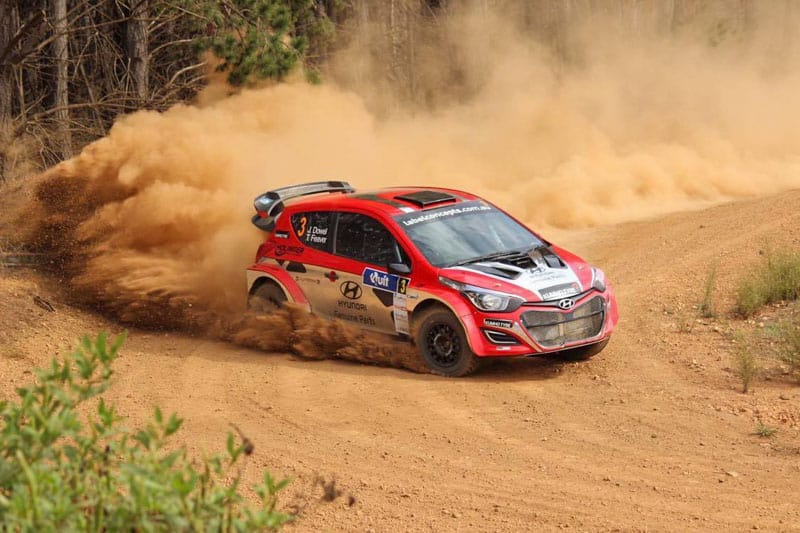 Feaver and former Australian champion Justin Dowel in a Hyundai.

RSM: You're based in Western Australia. Has that been a disadvantage in getting drives in the ARC, or further abroad? Presumably the extra travel can be an issue at times? TF: Back when I started co-driving, and even with the Pedders team in 2002-2005, I did feel like it would be more beneficial if I was based over east. But in all honesty, I don't believe it would have made a lot of difference. I have always been the only person that has held me back. I am not good at networking or selling myself to others, so whilst certain drivers always wanted a ‘mate’ in the car with them, I was never gonna be their girl. My goals were set further afield anyway, I always wanted to get into the Asia Pacific Championship, and that has been my biggest regret, that I have never managed to get there. I believe my gender is a bit of a hindrance, unfortunately, in the Asian market, unless you can bring your own driver to the championship. I have no regrets staying in WA, I love the challenging roads over here, and we have a great rally community, and awesome foresight in the events management crews. 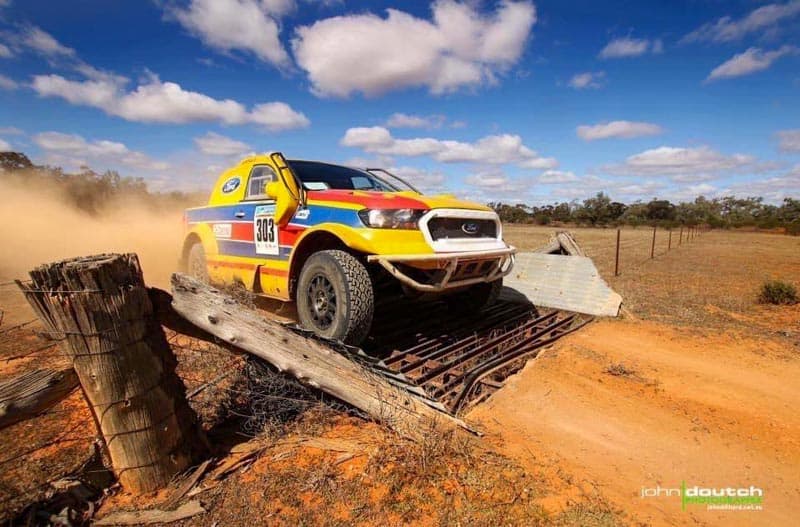 Ton Feaver has also done her fair share of off-road events, such as the Sunraysia Safari.

RSM: In 2019 you partnered John O'Dowd in his Skoda in both the WARC and ARC. How have you seen John's progression, and what have you been able to bring to the team from an experience point of view? TF: John O'Dowd surprises me every event. I admit whilst we were in the Subaru, I didn't think I was going to be there very long. I found he lacked the confidence to move forward with the car, and we were taking two steps forward one step back each event. But then it all changed in the Race Torque prepared Skoda. Now every event, every stage, he is like a sponge. Everything you suggest or comment on he can react to, and he has the confidence to try. I am incredibly happy in the car with John and as part of the Race Torque team. Such an amazing group of experienced guys, no fuss, no show, just action and reaction. John is my ultimate package as a driver/team owner. He is the nicest, most genuine person you will ever meet, makes me laugh, but takes me seriously too. He will probably not win an Australian Rally Championship, but I will never rule him out. We will always keep it on our list of goals and we will chip away at it. John has a lot of faith in me and what confidence I bring to him in the car, he trusts everything I say (well almost everything) and he knows he just has to work on himself, keeping fit, focused and meeting his goals. We can't wait to get back in the car, and compete again, somewhere, some time....
VIP Exclusive Content
Get full, exclusive access for only $6.55/month.
Subscribe Now
Already have an account? Sign in