APRC focus for Paddon and Kennard at Otago - RallySport Magazine

APRC focus for Paddon and Kennard at Otago 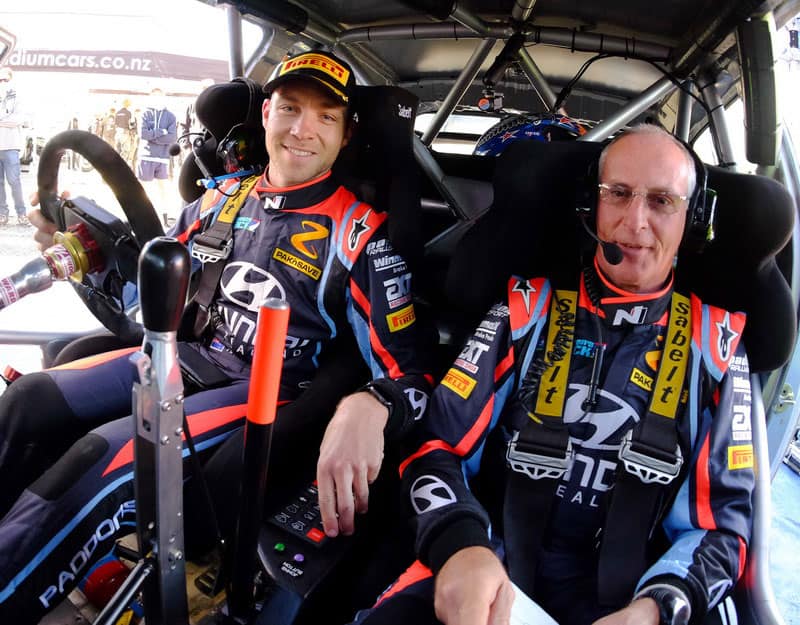 Hayden Paddon and John Kennard, New Zealand’s most successful rally pairing, are back together for this weekend’s Rally Otago in their Hyundai i20 AP4 rally car.

That means competitors will have a two-pass reconnaissance of the rally route which takes in roads to the south of Dunedin on Saturday and north around Palmerston and Oamaru on Sunday.

Paddon says: “Otago has always been one of my favourite events in the world, not just for the world-class roads but also the atmosphere and the huge entry list that is attracted each year. It is now an iconic Southern Hemisphere rally with stages and location to match.”

As Paddon is not contesting the full New Zealand championship this year, he is focused on the APRC aspect.

“We are only entered in APRC, not NZRC,” says Paddon, who is the number one seed for the two-day Otago event. “We made the decision to not enter the national championship so we don’t upset points distribution for other drivers as our main focus is the new format of the APRC with two Pacific Cup rounds in New Zealand and two in Australia.

“We are targeting the Pacific Cup which also gives us a chance to qualify for the APRC final in China at the end of the year if we choose to do that event.

“The goal will be focused on stage records and bettering as many as we can to show both myself and the car are continuing to improve.”

Rally Otago already has considerable status in the global rally scene with its hotly contested Otago International Classic Rally. And Paddon says the event being part of the APRC offers further advantages. 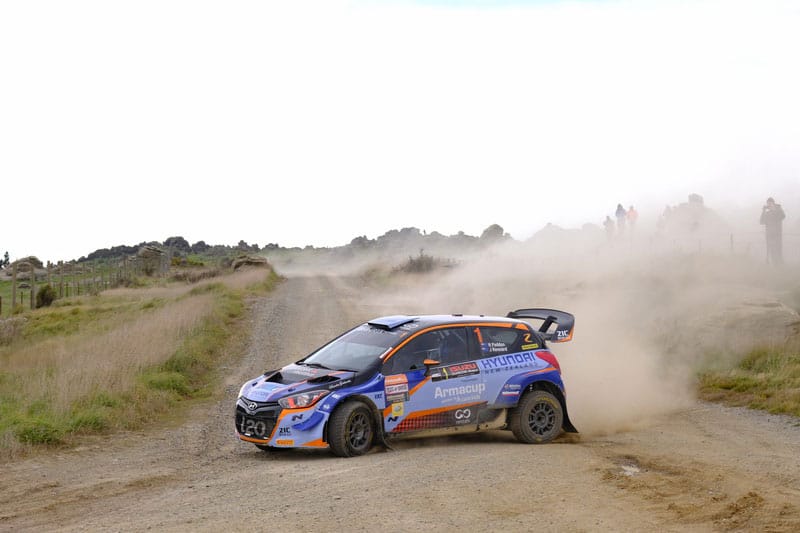 “It’s a rally that exposes competitors and everyone involved to more media around the world but also international visitors who come for the event. An example of that is I met Ari Vatanen for the first time when he come here in 2011. We were able to make an impression with him which then helped us in Europe.”

Paddon can’t wait to get back into the Hyundai at full speed. “It has felt like a long time since the last event last year, so will be good to get back behind the wheel. Things have also been so busy with our new ventures setting up the new workshop for Paddon Rallysport that it will be nice to have a weekend away!”

Alongside the establishment of the Paddon Rallysport Group facilities at Highlands in Cromwell, Paddon and his crew have prepared the i20 AP4 for competition. “We’ve focused on doing the basics well, as obviously the car has been working well last year, so we’ve done a ground-up re-build and an upgrade of electronics in the car. We also completed a small pre-event test to shakedown the car and do a systems check, so we’re good to go.”

Paddon and Kennard last competed together at the one-day South Canterbury Rally last year, so they’re both looking forward to getting back into action.

“It’s great to be back in the Hyundai with Hayden, as I do miss it!” says Kennard. “My hip is now near perfect, so I’ve been back at the gym and biking as much as a busy summer allowed, though I also managed to squeeze in a 60th birthday last month too.

“I’m looking forward to everything about Rally Otago – it’s one of my favourite events – and this year it has the added bonus of a two-pass recce.  The event team are a great bunch and the stages are fantastic, fast and technical.

“Plus, with a second pass of recce we will be able to add all the little touches of finesse to the notes that mean you can really use them to their utmost and have even more fun.”