Solberg brings the curtain down on professional career - RallySport Magazine
× 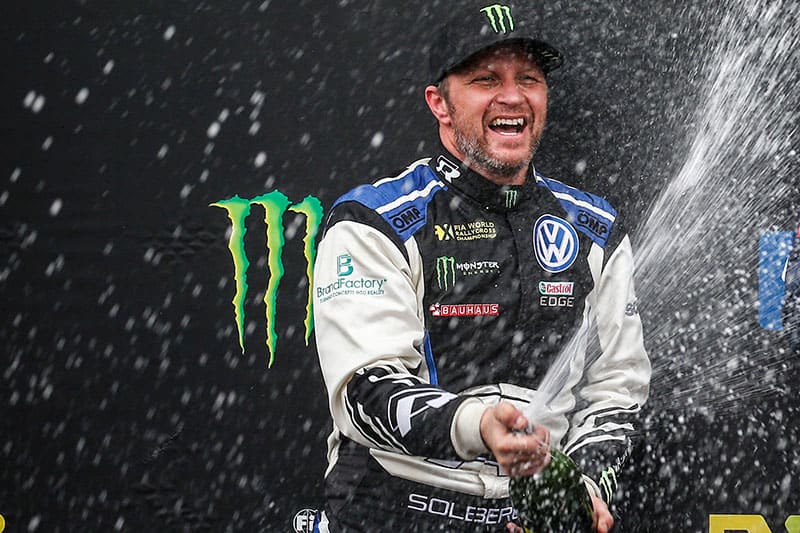 Petter Solberg has enjoyed one of the most successful careers in professional motorsport.

He’s won on five of the world’s seven continents, been crowned FIA World Champion three times and enjoyed a professional career at the very peak of global motorsport for 20 years.

But now, it’s time for the next chapter in Petter Solberg’s story.

With continued support from Monster Energy and Volkswagen, the 44-year-old Norwegian will compete on a selection of events this season, taking a Farewell Tour to what has been a stunning, stellar professional career which has captivated crowds and justified the name ‘Hollywood.’

“I want to say straight away that my helmet stays on my head,” said Petter, who made history in 2014 when he became the first driver in history to win FIA world titles in different disciplines.

“I’m not hanging it up. I will still compete in some big events this year and in the future. But I am retiring from world championships. Last year’s World RX Championship was the last one for me.

“I love driving and I will always drive and always compete, but the time has come to make a decision about which way forward and the decision is to stop driving professionally and start a new chapter in my book.”

Why stop now?
“Honestly, it’s because the time is right. I had some sickness for the last couple of years which made me think about what I really wanted to do, but I recovered from that a couple of months ago. My fitness and energy is all back now and I’m ready for a new challenge.

“I have absolutely loved competing for the last 20 years. The years I spent with Subaru in WRC, I will never forget them. These people were – and remain – like family to me. We shared some special, special moments.

“But it’s incredible how 20 years have gone in a flash. It feels like yesterday that Colin [McRae] and Carlos [Sainz] were shouting at me for asking too many questions when I joined the Ford World Rally Team in 1999!

“Volkswagen’s decision to take a break from World Rallycross was also a factor in my decision, but I have some serious ambitions for the future and I want to start working towards those. Oliver is competing regularly at a higher level now; he’s standing on his own two feet and making his own way in our exciting world, but I want to be sure he has the right support from his family.” 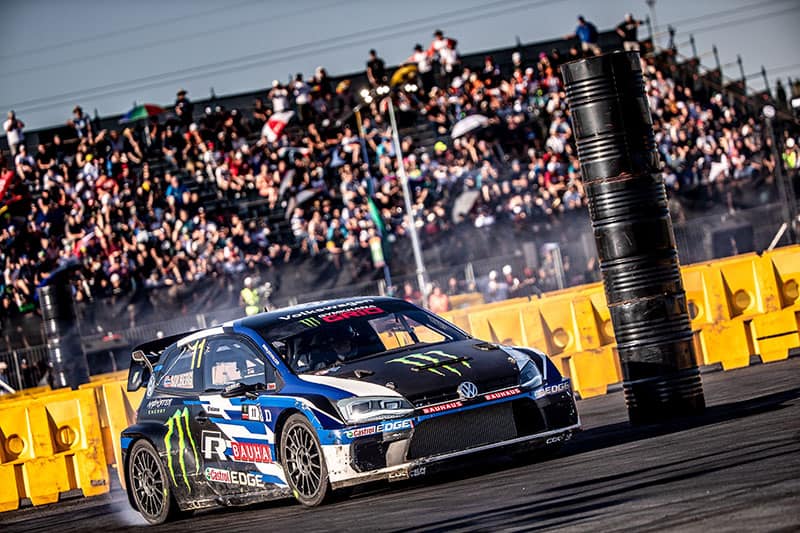 The next chapter
Petter’s Farewell Tour includes a selection of big events which bring the opportunity to thank the fans who have cheered him along every step of a 20-year journey. A journey which has taken him to the top of the world on three separate occasions.

Petter said: “I start with two hillclimbs – the first is one of the most prestigious events in motorsport, Goodwood’s Festival of Speed and the second is very, very important to me and to my family in Norway, it’s Norges Råeste Bakkeløp.

“Next we have the Gymkhana GRiD World Finals on September 7th; which is going to be just amazing with so many people. Technically, this is some of the toughest driving you can do, you have to be so precise all the time. You make a mistake, you get the penalty and you can be finished. Millions of people are watching this event every year and it’s one I really look forward to.

“There are more surprises to come this year and they’re good ones.

“It’s important to understand I will continue to do big events into the future, all around the world. And I want to do these things, this is where the passion is for me – I love to give people the big smile and make sure they enjoy themselves. My driving makes people smile and that’s why I never stop.

“But these big events, I do them for myself with my partners and sponsors. But there will be no more world championships.”

Petter’s serious ambition
In terms of factory-level competition across a complete World Rally Championship or World Rallycross Championship season, Petter’s clear: he’s finished as a driver. But taking manufacturers to the top step of the podium at the head of his own team is the next goal.

“I want to open another door,” said Petter. “I want to work with a manufacturer in either WRC or WRX. I ran my own team in WRC and was really proud to take a bronze medal in 2010. Then I took two world titles in rallycross with my team before dominating everything for the last two years when we ran Volkswagen’s Polo R Supercars.

“I want to build on that experience and use my own experience for the next generation of drivers to develop my team and take it to the next level. But I do this calmly. In rallying and rallycross the landscape is changing with new technical regulations coming, so we wait for the right opportunity. I think we have shown the world we have the right credentials, the right experience and the right ability to win with and for manufacturers and that’s where I’m looking now. It’s time to see the whole future.”

7 WRC photos you simply must see!