ARC blow as no TV coverage for remainder of 2017 championship

The Australian Rally Championship will have no paid or free-to-air television coverage for the remaining two rounds of 2017.

There will be no paid or free-to-air TV coverage for the remainder of the 2017 Australian Rally Championship. (Photo: Matthew Whitten)

This is despite a press release in March that stated that ‘the 2017 ARC season will be covered on Foxtel and free-to-air (FTA) with Channel 10”.

"The TV deal will see the ARC on your screens with a professionally produced event package after the rounds,” General Manager of CAMS Motor Sport - Events, Michael Smith, said at the time.

However, a CAMS spokesperson told RallySport Magazine yesterday that the TV partnership with Neil Crompton’s AirTime Media was only ever a three-event deal.

The lack of TV coverage - either free or paid - for the final two events of the series is a devastating blow for the series that is trying desperately to find its feet and build on renewed interest.

The next round, Lightforce Rally SA, will see the debut of Harry Bates’ new Yaris AP4, as well as the second event for Eli Evans’ AP4 Mini.

After a long mid-season break, and with no official TV coverage, any momentum built over the opening three rounds could easily be lost.

So was the 2017 TV deal for five rounds or only ever for three? Clearly that depends on if you believe the aforementioned press release sent out in March.

Regardless of the real answer, the losers are the competitors, teams and sponsors who were expecting coverage from five rallies, and for the fans unable to get to the events, and who were anticipating being able to watch the action from the comfort of their living rooms.

CAMS are already working on plans for a 2018 television deal, but with leading teams being asked to put up funding in the vicinity of six figures, they may be heading down a dead-end road.

With the advent of social media, and with every other fan having a smart phone or a GoPro, the days of watching the ARC on TV could already be a thing of the past.

* CAMS’ Michael Smith was unavailable for comment when contacted by RallySport Magazine. 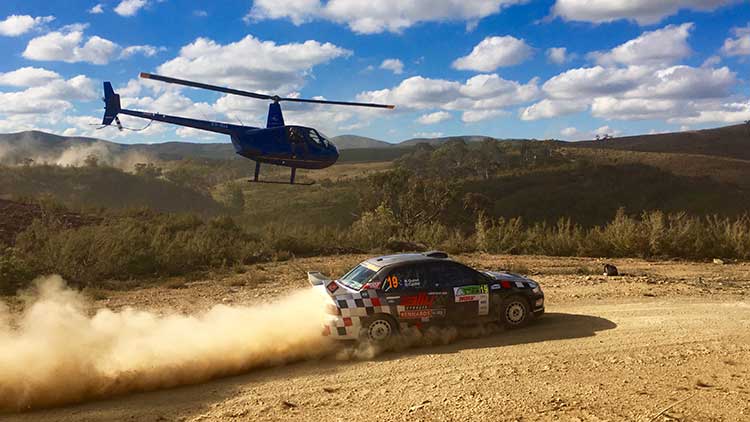