Australian Rally Museum has permanent home on the horizon

Following the impressive debut of the Australian Rally Museum’s mobile display at Rally Australia, many people have begun asking what this whole concept is really about? The newly-fitted out caravan featured numerous images of cars and competitors – both past and current - who have made Australian rallying what it is today. The van’s features are not just old posters and door stickers, but professionally prepared displays, photos, magazines and dioramas under glass. 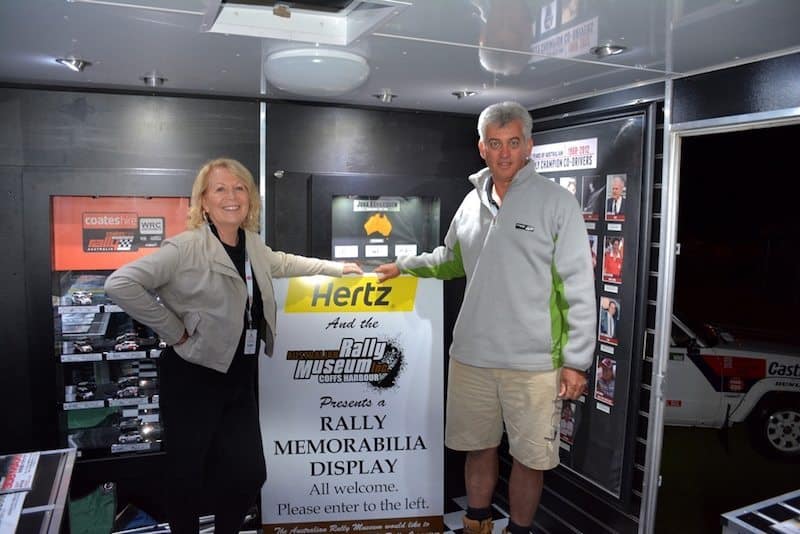 Models of rally cars are true to colour and design, and are a credit to the model-builder who wields his magic for the Museum. Based in Coffs Harbour, a NSW coastal town that is the venue for the local World Rally Championship event, the Australian Rally Museum was conceived about 7 years ago by Trevor Shelton. While living on Queensland’s Gold Coast, Trevor’s roots are in Coffs Harbour, and with local support from family and rally friends, the idea of collecting, recording and commemorating Australian rallying gathered momentum. Trevor’s role as Chairman of the volunteer organisation means that he does most of the work, but a small committee of loyal supporters helps keep motivation alive for what is hoped to become a fine display of memorabilia and cars from Australian rallying history. Displays to date have been ‘pop-up’, and have featured in recent WRC events at the Coffs Harbour Jetty Stage, Rally HQ at the Novotel Hotel, and also at the Alpine Rally in 2017.

The Australian Rally Museum is in discussions for a permanent home.

Thanks to competitors who are more than willing to make their rally cars available for display purposes, the ‘Museum’ display has featured very special vehicles with genuine history for the public to appreciate and enjoy. Ironically, in some cases these beautifully prepared rally cars are rarely driven in anger and the chance to show them off to the visiting public is an opportunity to bring the cars out of their secure, climate-controlled garages! It is the availability of many such rally cars for display that drives the main future plan for the Museum. A permanent home, ideally in Coffs Harbour, would become a true ‘museum’ and hopefully attract many enthusiasts who are keen to see and experience memories from the last 60 years of the sport in Australia. While the Australian Rally Museum is a not-for-profit community-based organisation, there is local support for the permanent museum proposal from Council, Coffs Harbour businesses and the local Coffs Harbour MP, Andrew Fraser. 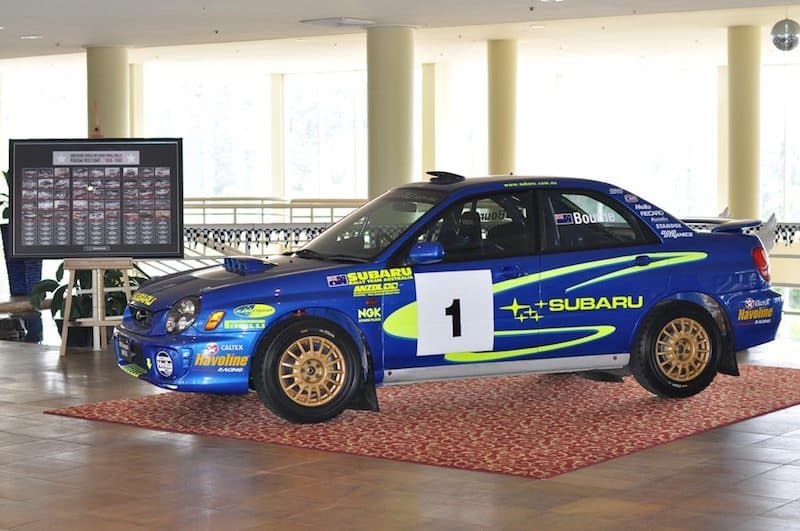 Possum Bourne's Subaru was on display at Opal Cove in Coffs Harbour in 2014.

While it’s a long way from being finalised, talks are underway for a building in Coffs Harbour that could form the basis of a motoring enthusiasts’ mecca. Providing a potential home for the museum displays and rally cars of all sorts, the facility may also show off private car and motor bike collections which would be open to the visiting public. While the Australian Rally Museum is wholly volunteer-driven, limited funding has come from sausage-sizzles at the local Bunnings Hardware store, regional community grants and sponsorship from the Hertz company. None of the committee members are paid for their time, and all contribute willingly to the running of the museum. 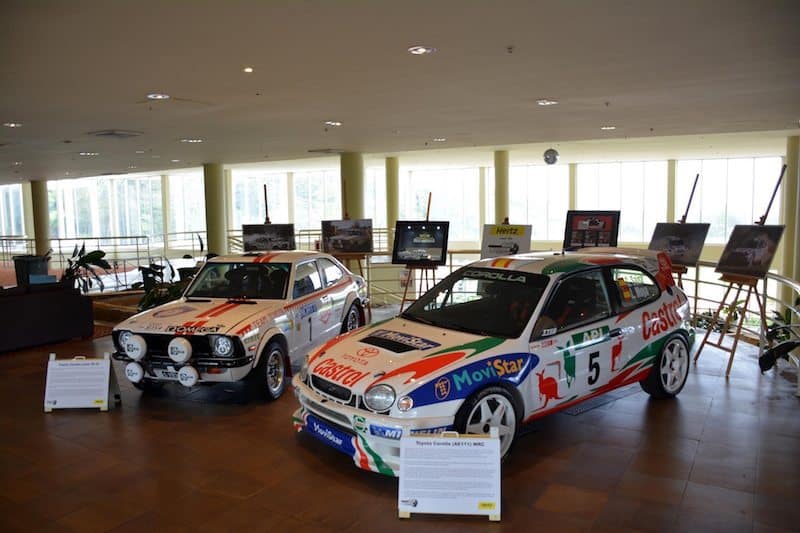 Toyota's return to the World Rally Championship was celebrated in 2017 at Rally Australia.

Memberships are offered to anyone interested in providing a small level of financial support for the ongoing operating costs for the Museum. While memberships have been reasonable in the past, numbers have dwindled, possibly through lack of profile for the Museum. At a cost of $20 per year, which equates to the cost of about four coffees, supporters can take satisfaction from helping this great concept to not only grow in stature, but remain alive. For a limited time, the Australian Rally Museum is offering subscribers the chance to win one of three RallySport Magazine merchandise packs when subscribing. The merchandise packs feature a RallySportMag T-shirt, cap or hat, coffee mug, pen and stickers. Subscribe or re-subscribe by 16 March for a chance to win! Visit https://www.australianrallymuseum.com.au Re-connect now with the Australian Rally Museum as it enters 2018 with a plan for growth and expansion. If you have memorabilia, photos or even rally cars that are of significance, contact the museum on info@austrailanrallymuseum.com.au and ask how you can help to keep the sport’s history alive. 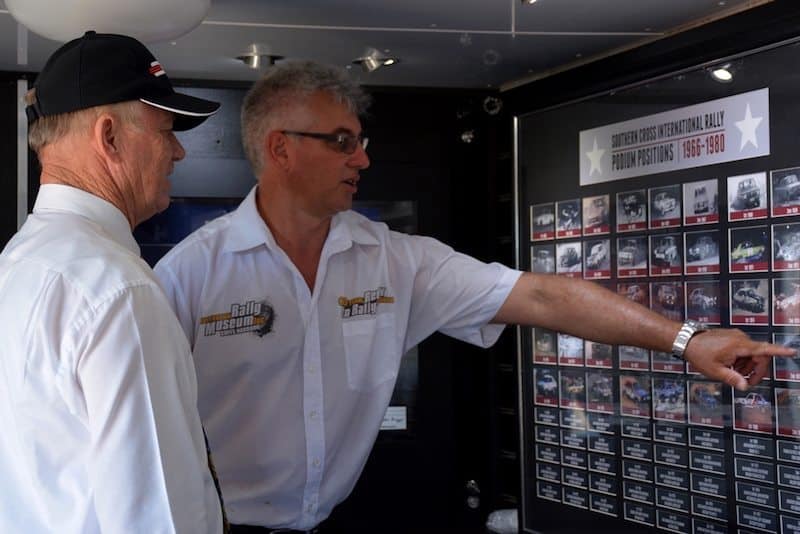