The second round of the 2018 World Rally Championship is the Swedish Rally (15-18 February) run mainly within the confines of the Varmland province with a couple of cross-border forays into neighbouring Norway. Martin Holmes previews this classic winter rally. Although the rally starts and then pays a later visit to Karlstad, the capital of Varmland County, the route is concentrated in the areas further north, which enjoy a greater likelihood of wintry weather. Rally headquarters is in Sunne, the service park and the rally epicentre are in Torsby. Torsby is a town of only 4000 inhabitants, best known for the longest ski tunnel in the world, designed for out of season ski practice. The rally is much nearer the capital of Norway than of Sweden. Entries are 50% higher than last year. Last year only 41 cars started, this year the list stands at 67. There are 15 World Rally Car entries, 12 for the registered WRC teams, with additional 2017 cars entered for Yazeed Al Rajhi, Lorenzo Bertelli (since withdrawn) and Henning Solberg. 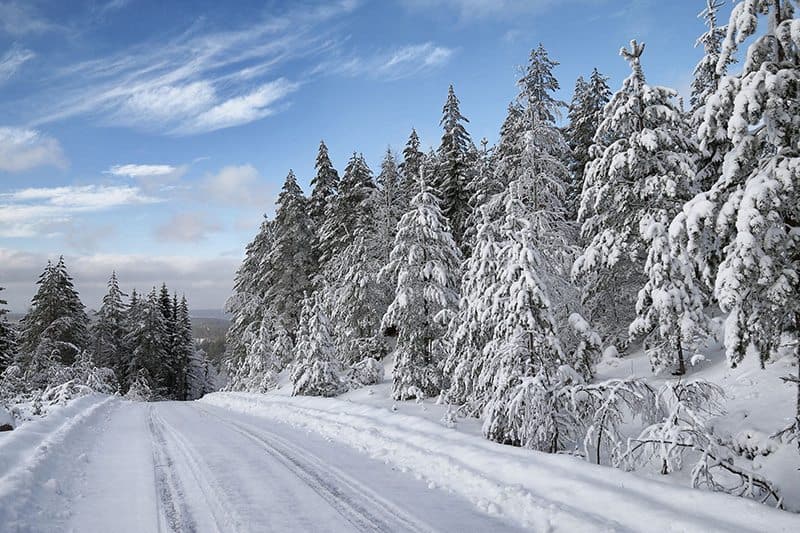 A major source of extra entries are 14 cars in the Junior World Rally Championship, strongly boosting an otherwise very poorly supported WRC3 category, in which only two other cars have entered. There are also four locally assembled Mitsubishi Mirage cars running under FIA’s National non-championship points scoring category, which admit regionally eligible cars. This year a much-increased availability of R5 cars in Sweden for private drivers has made an entry with a competitive car in their country’s major event more feasible. There was a late entry for Johan Kristoffersson, 2017 World RX Champion, that was surprisingly sanctioned by the FIA so he could compete. He is to drive a Skoda Fabia R5 run by the Even Management team. His rallycross VW teammate, Petter Solberg, is also to drive on the event, but in the classic car category in an historic Escort Mark II. It is hard to predict the likely winner of the rally, but notable is an advantage of the Toyota team, last year’s winners. Standing championship rally regulations give teams an annual allowance of the number of days in Europe in which they can go testing, in addition to a complete freedom on the number of days they can test on their own local tracks. Toyota’s registered testing area covers a 50km radius around the town of Jyvaskyla in Finland, where recent weather conditions have been very similar to those in the region of the Swedish Rally. It is 21 years since a Swedish driver last won the event and again it isn’t likely to happen this time! Pontus Tidemand’s Fabia R5 is the only Swedish driven car seeded in the top 20.

Although Monte Carlo is often grouped with Sweden as a winter rally, in reality the two could not be more different. Monte Carlo is on tarmac, Sweden on a gravel base. Each have their own special, but different, tyre rules. For the top cars, 18 inch wheels are mandatory for Monte Carlo, 15 inch in Sweden. Curiously, notwithstanding the ice and snow, the specially aggressive studs fitted to the tyres in Sweden means that last year the Swedish was the third fastest round of the WRC. This year’s route does not include the ultra-fast Knon stage, won at an average speed of 125kph on the first run last year, but cancelled for the second loop. That apart, there is very little difference in the route this time. Speaking of studs, by regulation there is no second option for the type of tyres which the official tyre suppliers can offer the teams they serve, and there is also a standard specification of stud protrusion on the tyres they provide, and their individual weight. This means the Swedish, in this respect, is quite the simplest rally to contest in the championship! Like before Monte Carlo Rally, long time weather forecasting is an imprecise pursuit, but there are high hopes this year for plenty of snow. The roads have been carefully prepared with huge swathes of pasture land snow ploughed for spectator parking. Latest news is that the temperatures in rally week are likely to rise.

Citroen Back to a three-car entry for this event with the return to the team after two years’ absence of Mads Ostberg. Kris Meeke, who has never finished in the top six in Sweden, is in chassis #9 (his Sardinia 2017 car, now repaired), Craig Breen’s best placing is fifth in #8 (Al Qassimi’s car at Rally GB), and Ostberg has five podium results, is driving #10 (Lefebvre’s Australia car, now repaired). Special character for the Sweden Rally is in the car set-up which is unique in the season. Four days of testing made in the Malung region. Experiences from last year was that the new service area in Torsby was comparable with the old base at Hagfors. As for the cross-border stages in Norway, these have a different profile to those in Sweden, as for the two long treks down to Karlstad, these are understandable to present cars to different spectators. R5 news: homologation scheduled for April 1st.

Get ready for @Citroen's Little Big Racing Episode 2, featuring @krismeeke! This week, we highlight @RallySweden with the #C3WRC! See you on February 15 for Season 2 Episode 2 of #C3WRClive, live from Facebook. pic.twitter.com/vYfshoYqK5

Hyundai Three car team in which Dani Sordo has been rotated with the third car driven by Hayden Paddon. Same three cars as in Monte Carlo (#9 for Andreas Mikkelsen – two podium finishes, #8 for Thierry Neuville – second place three years ago, and Sordo’s Monte Carlo car #7 for Paddon – second place two years ago). Also entered is the HMDP driver Jari Huttunen in R5 chassis S31, run by Sarrazin Motorsport. Special event challenge concerns the problem of conserving studs when gravel becomes exposed in the snow. Three days testing at Kall (near Ostersund) in early February, then two days just before the rally. Torsby provides earlier access for the majority of stages, while traditionally the Norway stages provide greater assurance of snowy stages. The stages at Karlstad provide an exciting buzz, so are worthwhile even if they are an effort for everyone involved. More news is expected about R5 car development shortly.

Sweden is calling... Get in the mood for the sensational, snowy stages with our @RallySweden preview video. #HMSGOfficial #WRC #RallySweden pic.twitter.com/vU9Ny6dxdz

M-Sport Ford Three car official entry in the same 2017 specification Monte Carlo cars which are #9 for Sebastien Ogier (a finisher on every entry in Sweden, including three wins), #3 for Evans (now registered X1FMC, the driver has never finished higher than sixth), with Teemu Suninen (twice finished tenth) driving the ex Bouffier car #4. One R5 entry for Nil Solans, chassis #256. No unexpected experiences in Monte Carlo beyond the changeable weather conditions creating difficulties for the gravel note crews. The usual challenges of the Swedish Rally are keeping the crews and the essential components in the car warm. Five days testing in the north of Sweden, one day each for Suninen and Bertelli, day and a half for the others. Problem with Torsby is lack of hotels, which makes the event very expensive, the team approves that the stages in Norway attract different fans and for the visits to Karlstad to expose the rally for the benefit of less committed fans. Toyota Three car entry by Toyota Gazoo Racing WRT for Jari-Matti Latvala (his 13th time on this event, which he has won four times), Ott Tanak (best result and only podium was second) and Esapekka Lappi (never contested with a WRC car on this event). Tommi Makinen Racing entered Toyota WRC2 trainees Takamoto Katsuta and Hiroki Arai and non-championship Jarkko Nikara with Toyota trainee co-driver Sayaka Adachi, all in Fiesta R5s. Monte Carlo Rally established that the cars had been reliable. Special challenge of Sweden is to keep car systems at optimum working temperatures on stages and road sections. All pre-Sweden testing was carried out in Finland, close to Jyvaskyla. Current development work is to improve cooling for Mexico. New performance enhancing homologations planned for Finland. https://www.youtube.com/watch?time_continue=13&v=1owws2RdYTo
VIP Exclusive Content
Get full, exclusive access for only $6.55/month.
Subscribe Now
Already have an account? Sign in