Sébastien Ogier overcame late drama to secure his sixth consecutive Rallye Monte-Carlo victory in a spellbinding final stage shootout on Sunday afternoon. He fended off Thierry Neuville by 2.2s in the closest Monte Carlo finish in history to clinch an emotional debut win on his return to Citroën. It marked the 100th world rally success for the French manufacturer. A throttle sensor problem on his C3 World Rally Car hampered Ogier throughout the fourth and final leg of this opening round of the FIA World Rally Championship in the mountains above Monaco. 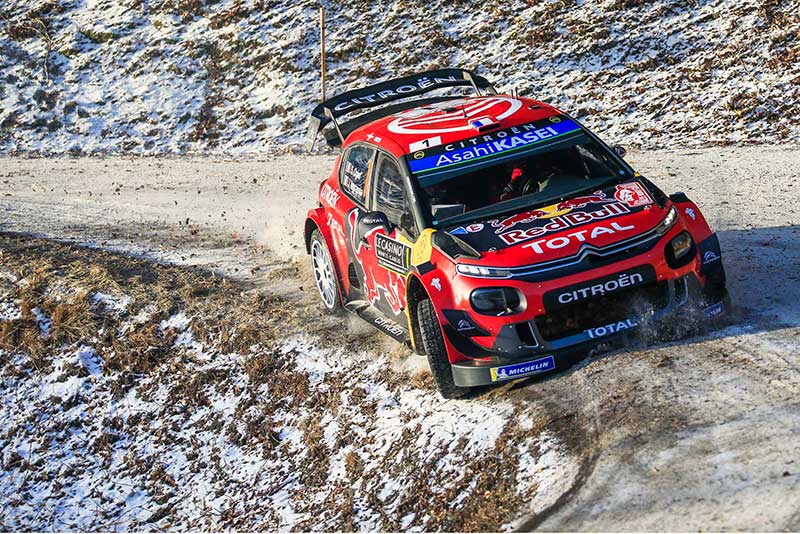 Neuville clawed back a 4.3s overnight deficit in his Hyundai i20 to trail the six-time world champion by 0.4s starting the final speed test. Despite dropping behind the Belgian on the clock before the midpoint, Ogier battled back to extend his slender lead and claim his seventh Monte Carlo win in total, with four different manufacturers. “It's the rally I want to win the most in the season, that's why I'm so happy now,” said Ogier, whose home town of Gap hosted the opening three days of the rally. “It was tough today because we had a problem with a sticking throttle which was pushing the car when I was on the brakes. Six years in a row with three different cars – that’s not so bad!” he added. Neuville could only reflect on a second-day overshoot which cost 15s and, ultimately, victory. “It was a close fight, but we gave him a nice present on Friday when we made a mistake and gave him the lead,” he said. 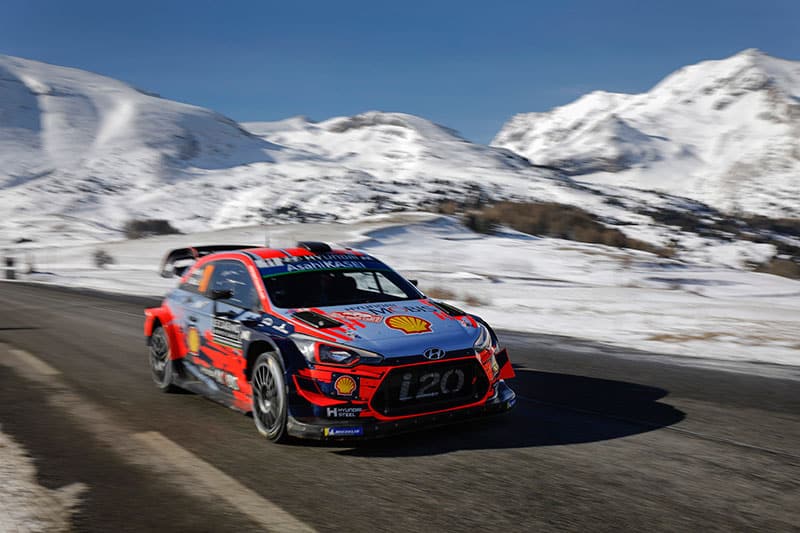 Snow, ice and dry asphalt in the French Alps prompted frequently contrasting tyre choices by the pair, but they were never split by more than a handful of seconds during a captivating final two legs of the four-day encounter. Ott Tänak filled the bottom step of the podium in a Toyota Yaris. After a clean sweep of four stage wins on Saturday, the Estonian was fastest in today’s opening two tests to climb from fifth and leave him regretting a broken wheel rim on Friday which cost almost 2m 30s. He eased clear of Sébastien Loeb’s i20 and Jari-Matti Latvala’s Yaris, split by 1.7s in fourth and fifth. Kris Meeke rounded off the top six in another Yaris and claimed maximum bonus points after winning the final Wolf Power Stage. 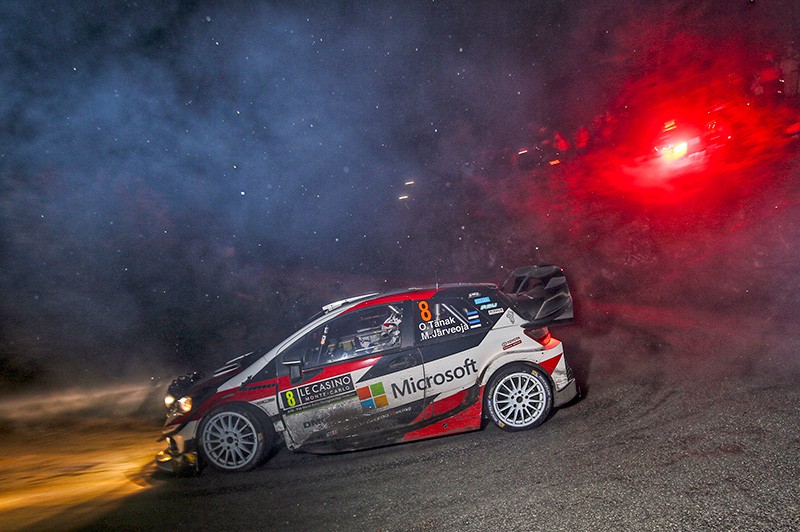 But for a puncture, Ott Tanak may have won Rallye Monte Carlo. Photo: Martin Holmes Rallying

Rally Sweden, the only pure winter round of the series, hosts the second round next month. It's based in Torsby from February 14 - 17.
Final Overall Classification – Rallye Monte-Carlo
2019 FIA World Rally Championship for Drivers’ Standings After round 1
2019 FIA World Rally Championship for Manufacturers’ Standings After round 1
All results remain subject to official FIA confirmation.
VIP Exclusive Content
Get full, exclusive access for only $6.55/month.
Subscribe Now
Already have an account? Sign in